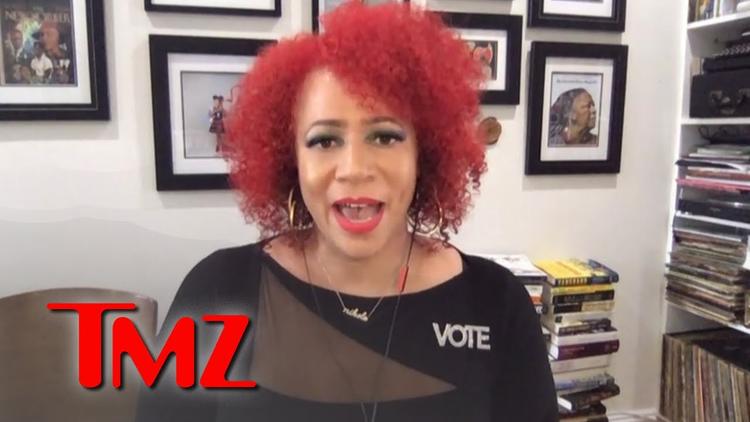 In what appears to be a blatant appeal to the white supremacists in his base, President Donald Trump has made clear his attempt to both defend and rewrite the history of racial injustice in the United States while eliminating the institutions that make visible its historical roots.

“Not in generations has a sitting president so overtly declared himself the candidate of white America.”

Trump has defended Confederate symbols and monuments and refused to criticize those right-wing groups that appropriate them in the interests of legitimizing racial bigotry and hatred.

He has attacked The New York Times’ 1619 Project, in use in California public schools, as being anti-American. The project analyzes the history and legacy of American slavery. Trump wants it investigated by the Department of Education and has threatened to defund schools that include the project in their teaching.

As the presidential election gets closer, Trump is desperate to reassert his white supremacist and white nationalist views, even though they’ve never been hidden during his presidency.

After all, his white supremacist ideology is the cornerstone of his appeal to the reactionary and bigoted elements of his base.

That explains why he’s issued an order to rid the federal government of programs engaged in racial sensitivity training, which he labels as “divisive, anti-American propaganda.”

It explains why he’s condemned NASCAR for banning the Confederate flag.

Some would argue that Trump’s latest investment in the logic of white supremacy and historical amnesia is a product of his ignorance of history.

But there’s more at work here than Trump’s power-drunk ignorance of the past. And it’s more dangerous and sinister than what’s often found in authoritarian regimes — it’s a racialized politics of organized forgetting.

At the heart of Trump’s attack on racial injustice is an attempt to replace historical consciousness with historical amnesia.

This purging of history is endemic to totalitarian regimes. In these dark times, history is once again being rewritten in the interests of tyrants and oppressive groups that do everything they can to cleanse it of elements of resistance and truth.

Trump’s rewriting of history and his attacks on forms of education that address racial injustices are happening at a moment when ignorance is aligning itself with the forces of bigotry.

Trump’s condemnations are malicious in their disdain of criticism and their attempts to undermine the value of historical consciousness. He attempts to render invisible the historical understanding of critical social issues that lie on the side of social and economic justice.

When the calls and struggles for racial justice are labelled as unpatriotic or dismissed as un-American, the abyss of fascist politics is not far away. But to misread or deny history denigrates those who have fought the battles of the past and risked their lives for the promises of a substantive democracy.

The danger of ignorance

As the great American essayist James Baldwin stated perceptively in his 1972 book No Name in the Street:

“Ignorance, allied with power, is the most ferocious enemy justice can have.”

Trump’s ignorance floods the Twitter landscape daily. He denies climate change along with the dangers that it poses to humanity, discredits scientific evidence in the face of a massive pandemic, claims that systemic racism doesn’t exist in the United States and mangles history with his ignorance of the past.

Implicit in Baldwin’s warning is that the greatest threat to democratic societies is a collective ignorance that legitimizes forms of organized forgetting, social amnesia and the death of civic literacy.

Under the Trump regime, historical amnesia is used as a weapon of miseducation, politics and power. Trump wants to erase the struggles of those who fought for justice in the past because they offer dangerous memories and lessons to the protesters marching in the streets today.

Efforts to erase the progress of the past, including emancipation, is a centrepiece of authoritarian societies. These efforts cause public memory to wither and the threads of authoritarianism to take root and become normalized. They’re often accompanied by a broader attack on critical education, civic literacy, investigative journalists and the critical media.

But Trump’s defence of white supremacy, obvious in his attacks on the Black Lives Matter movement — which he labels as a threat to white Americans and a “symbol of hate” — is particularly dangerous.

“All of this is nothing less than undisguised white supremacy. Trump wants white voters to fear the Black Lives Matter movement. He wants them to see it not as a demand for justice and fairness but as a mortal threat to white privilege.”

Four years of nods to fascism

While some critics eschew the comparison of Trump with authoritarian regimes, it’s crucial to recognize the four years of alarming actions by this administration that echo the horrors of a fascist past.

Rejecting a comparison to fascism makes it easier to believe that we have nothing to learn from history and to take comfort in the assumption that it cannot surface once again.

But no democracy can survive without an informed and educated citizenry. Historical amnesia provides the conditions for the truth to disappear, conspiracy theories to proliferate and education to be stripped of its critical function.

What should every Canadian learn from Trump’s manipulation of racist fears as a political strategy? One crucial issue is that democracy cannot function without an informed citizenry; it demands constant attention, and must be reborn with each generation.

No democracy can survive the assault if it’s left unchallenged.

Fortunately, across the globe, people in the streets, in classrooms and in the media are taking a stand. Success from their efforts cannot come fast enough.