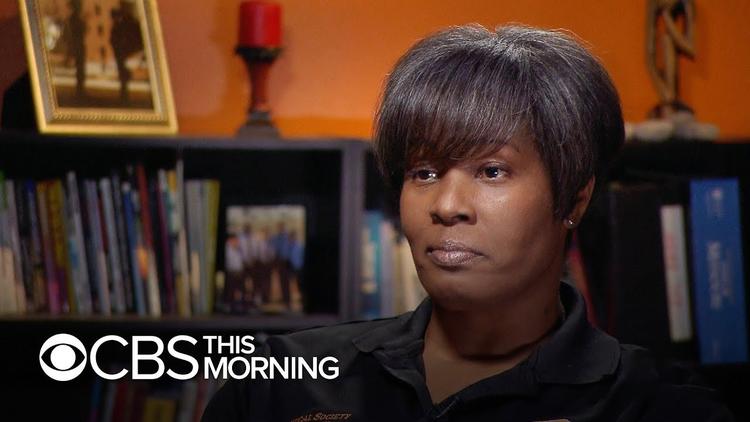 Chicago (Special to Informed Comment) – “Be wary of paramilitaries. When the men with guns who have always claimed to be against the system start wearing uniforms and marching around with torches and pictures of a Leader, the end is nigh,” says Timothy Snyder in On Tyranny. “When the pro-leader paramilitary and the official police and military intermingle, the end has come.”

Welcomed by police, armed vigilante Kyle Rittenhouse — radicalized by Trumpism — shot and killed two anti-racist activists and wounded another in the midst of a demonstration against the police shooting of a Black man Jacob Blake, in Kenosha, Wisconsin.Shortly before he killed anyone, Rittenhouse — with the assault rifle slung over his shoulder — walked up to an armored law enforcement vehicle and chatted with police officers, one of whom popped out of a vehicle’s hatch and tossed bottles of water to Rittenhouse’s cohorts, members of an armed militia. “We appreciate you guys, we really do,” the officer said.

The young-looking, 17-year-old Rittenhouse is under the legal age for firearm ownership in Wisconsin. However, police did not stop and ask him for proof of age, which would have prevented two deaths. After his killings, Rittenhouse — still carrying the rifle — approached several police vehicles with his arms raised as if to surrender. Even as bystanders told police that he’s the shooter, they drove past, ignoring him. Police treated him as an ally, a comrade-in-arms especially when compared with their swift, often violent, reactions of to Black suspects.

With their embarrassing dereliction of duty caught on video, the police were pressured to apprehend Rittenhouse the next day at his home in Antioch, Illinois. He was charged as an adult with two counts of first degree homicide and one count of attempted homicide as well as underage possession of a weapon. Despite the murder charges, Trump defended Rittenhouse — a police and gun fetishist — as acting in self-defense.

Visiting Kenosha, Trump courted law enforcement officials, but did not address the shooting of Blake or meet with his family members. He also encouraged anti-protestor, vigilante actions when he praised as “peaceful” the pro-Trump, gun-toting clown caravan that attacked demonstrators with fists, paint balls, and pepper spray in Portland, Oregon, the previous week. Asked about nonviolent protests and structural racism, he ignored the question to condemn protestors as “anarchists,” “looters,” “rioters” and “agitators.”

For Trump, “law and order” equals submissive social obedience on the part of those targeted for police violence. White vigilantes, who beat and even kill people opposed racism, are considered legitimate enforcers of that social order. This is an ideology that derives from the antebellum South or the night-riders who terrorized Black Americans during Reconstruction. Equally disturbing is the convergence of police and right-wing vigilantes, as in Kenosha. What happened there is not a bug in the code of the American policing system but a feature. The fact that police — overwhelmingly white, male, straight and conservative — encouraged Rittenhouse’s vigilantism is a microcosm of one of the most fundamental problems in American policing that relate to racial and political bias.

This political prejudice played out violently in the police riots that occurred during the George Floyd protests: overwhelmingly peaceful Black Lives Matter protesters were attacked by cops with tear gas and beaten with billy clubs. Plastic and rubber bullets were fired directly into the faces of demonstrators, bystanders, and reporters. In Portland, police destroyed the demonstrators’ makeshift relief stations, which dispensed drinking water and milk to treat gassed protesters. Nationwide, they pepper-sprayed kids with their hands up, they shoved women and elderly men and anybody else because they could.

Along with this, police ignored or visibly supported armed vigilantes who intimidated and even attacked anti-racist protestors. In Philadelphia, for example, police officers stood idle while a group of mostly white men armed with bats, clubs, and long guns assaulted journalists and protesters. In Hood County, Texas, a sheriff encouraged the Oath Keepers — an armed group that claims thousands of members who are current and former law enforcement and military members — to defend a Dallas hair salon after rumors of possible looting. In Salem, Oregon, a police officer advised armed men to “discreetly” stay inside while police began arresting protesters for violating curfew.

Numerous police officers across the country flaunted their affiliations with far-right militant groups. A policewoman, in Olympia, Washington, posed and smiled with heavily armed members of the Three Percenters — a far right paramilitary group whose followers, including a former sheriff’s deputy, bombed a Minnesota mosque in 2017. Chicago police officer Kyle Mingari wore a face covering with a Three Percenters’ logo while on duty at a protest. A member of the Orange County Sheriff’s Department sported a patch displaying a logo for the Three Percentersabove the term “Oathkeeper,” a reference to that paramilitary organization.

Beyond political prejudice, some US law enforcement officers demonstrate overt bigotry and neo-fascism. Most directly, police departments have been infiltrated by white supremacist groups and far-right vigilante militias in dozens of states. This is the conclusion of “Hidden in Plain Sight: Racism, White Supremacy, and Far Right Militancy in Law Enforcement,” a new analysis, written by former FBI special agent Michael German. He documents the long history of police involvement in white supremacy, including active participation in the Ku Klux Klan that extends to 2019. “These officers’ racist activities are often known within their departments,” writes German, “but only result in disciplinary action or termination if they trigger public scandals.”

Numerous police officials, though not associating with white supremacist groups, participate in overtly racist and bigoted commentary on social media. The Plain View Project, published in 2019, found five thousand obviously racist social media posts by 3,500 accounts identified as belonging to current and former police officials. Responding to the report and published database, multiple investigations were initiated across the country. “Unfortunately, no central database lists law enforcement officers fired for misconduct,” German explained in an interview on a WBUR’s “On Point” podcast. “As a result, some police officers dismissed for involvement in racist activity are able to secure other law enforcement jobs.”

White supremacists have been identified as the most lethal domestic terrorist threat in the country by the FBI. German writes that the FBI’s own internal documents warn that paramilitary groups often have “active links” to law enforcement. “Despite this, no effective policy has been developed to identify white supremacist police and confront the problem,” said German on WBUR. “Far-right militants are allowed to engage in violence and walk away while protesters are met with violent police actions.” This negligent response empowers violent groups to a potentially fatal degree.

The Trump presidency brought fresh blood and energy into the militia movement. Praised by Trump, lauded by pro-Trump pundits and politicians, and cheered by police, violent far-right militias and armed fanatics have been unleashed. America has its own brand of SS, Hitler’s paramilitary terrorist organization. Groups like the Oath Keepers, the Three Percenters, and the Proud Boys — along with a hodgepodge of individual gun crazies, biker gangs and rural militiamen — serve the authoritarian president and are willing to violently oppose those criticizing “Dear Leader” Trump.

Forging a racist bond with them, Trump shows that he shares their loathing and disgust for racial minorities, immigrants, and protestors by his fanatical push to preserve Confederate symbols and the legacy of white domination. Beloved by Klan leader David Duke, Trump famously referred to neo-Nazis, white supremacists, and white nationalists as “very fine people.” He shared video of a supporter yelling “white power” and harshly demonized Black Lives Matter as a “symbol of hate.” In fact, it’s been four years of hate. Over the weekend, Trump celebrated attacks on protestors by his supporters and encouraged the “rise of citizen militias around the country.” With Trump saying both implicitly and explicitly that police, militias and armed individuals are the only thing standing between America and the chaos of a leftist takeover of the country, it becomes a call to arms and a spur to terror.

Like other terrorists, Trump-supporting vigilantes have adopted vehicles as weapons. Last Thursday night, a car driven by a pro-Trump demonstrator, accelerated into a crowd of Black Lives Matter activists assembled in Times Square to protest the March death of Daniel Prude, a Black man who police hooded and pinned to the ground in a graphic video only released this week. The car-assailant drove off without apprehension, leaving behind a trail of bikes and fallen, injured protesters. As one witness said, “Just seeing how cops reacted, how they were so passive about it, it goes to show you where they stand.” Activists even alleged that the car was an undercover police escort for Trump supporters. In fact, the website Gothamist confirmed that pro-Trump, counter-protestors received an NYPD escort, on foot, before attacking the Black Lives Matter protest.

These domestic car attacks have taken a page from the ISIS playbook and established their own troubling story of violent responses to anti-racist protests. Since May, vigilante drivers have driven through crowds of protestors in numerous cities such as Boston, Los Angeles, and Seattle, injuring and in several instances even killing people. Despite public outrage, the frequency of these car assaults is growing. By early July, there were at least 68 vehicle attacks on Black Lives Matter rallies. America’s militia movement and police are joining with Trump to intimidate people against exercising their First Amendment rights.

Despite the killer pandemic that he failed to control, Trump desperately pushes the propaganda-delusion that the only thing white suburbanites have to fear is the radical left’s efforts to violently push the country into civil collapse.Yet it’s Trump and these paramilitary groups who dream of civil war. After the recent killing of a far-right activist in Portland, Oregon, The Oath Keepers urged Trump to declare an insurrection in the city and send in troops to arrest “antifa.” If he doesn’t, they threaten to organize “constitutional” militias to go there and do it themselves. Their leader Stewart Rhodes tweeted “The first shot has been fired. Civil war is here, right now.” So far, this looks like macho posturing.

Yet, with Trump fanning the flames, the political environment is incendiary. Two historians

The most vicious elements within these far-right militant groups correctly believe that their conduct is sanctioned by the government and the police. Given the maniacal fervor of pro-Trump paramilitary forces, it’s reasonable to assume that they’ve “upgraded” — in organization and tactics — as a result of involvement by law enforcement officers and even Iraq war veterans. “They have clear civilian targets and a President who eggs them on,” asserts Alexander Reid Ross, author of Against the Fascist Creep, who tracks vigilante groups. “There seems no doubt that America’s far right is keying up for conflict in the lead-up and aftermath of the presidential election” as Trump has floated the idea of rejecting an unfavorable election result as fraudulent.

Given the past four years of witnessing unlikely, illegal, unscrupulous, soul-crushing, democracy destroying behavior, this ominous scenario must be taken seriously. The only hope to radically restructure the police force and even begin to eradicate its systemic, infectious racism is to conclusively defeat the White Supremacist in the White House and, if he won’t leave, be prepared to defy his vigilantes, overwhelmingly flood the streets, and force his eviction.