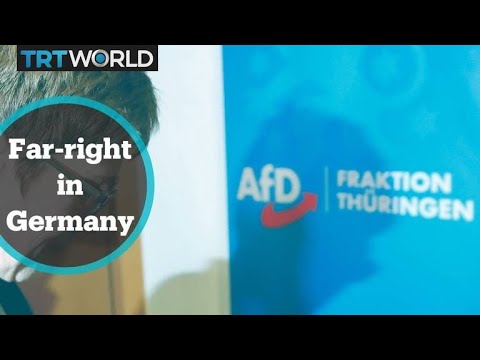 ( Clean Energy Wire ) – The right-wing nationalist AfD party has called for an end to all major climate action efforts Germany has committed itself to and wants to abandon both the Paris Climate Agreement and the European Green Deal. One year before the general election in autumn 2021, the party that holds 12.6 percent of the seats in the German Bundestag thereby firmly positions itself as the only one in parliament that is openly opposed to emissions reduction efforts. The party that has surged in the wake of Germany’s 2015 refugee and immigration crisis has sought to appeal to climate change-deniers and people dissatisfied with Germany’s energy transition already in the past and now reaffirmed its rejection of climate action by a series of motions in parliament.

The party, for example, calls for an “exit from Germany’s coal exit;” says the government should drop its planned carbon pricing scheme for the transport and heating sector; abandon the Renewable Energy Act (

Instead, the party wants to reverse Germany’s nuclear power phase-out and calls for a “renaissance” of the technology through intensified research. The party says Germany should immediately cease its payments connected to obligations under climate contracts and argues that the expansion of renewables amounts to a “substantial impairment of the environment” due to the spatial needs of wind and solar power installations. The AfD states that “there is no scientific evidence for a relevant impact of human-made CO2 emissions on the world’s climate” and instead stresses that there would be a “risk through impoverishment and economic decline” due to the coronavirus pandemic that had to have a “much higher priority than any climate-fiction.”

The right-wing party that has been shaken by internal strife in the past months due to some leading members’ connections to neo-fascist circles in Germany and the implications this has for the AfD’s general positioning is suffering from a general decline in voter support that has only been accelerated by the coronavirus pandemic, which in turn has led to surging support for Chancellor Angela Merkel’s conservative CDU/CSU alliance. In recent local elections in North Rhine-Westphalia, Germany’s most populous federal state that is heavily affected by the country’s decision to phase out coal power, the AfD gained five percent of the vote.