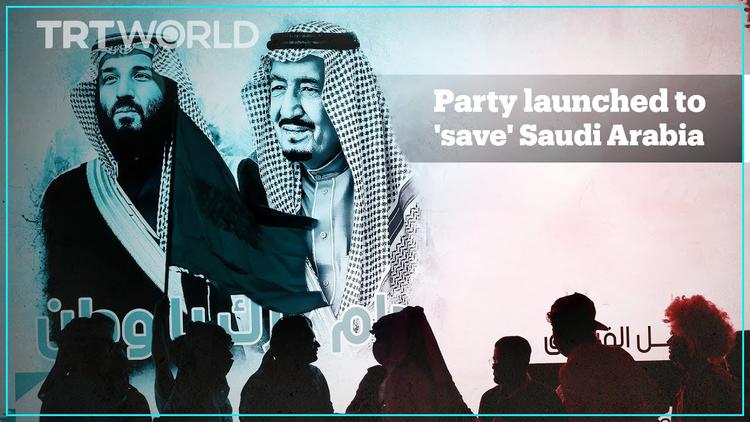 Ann Arbor (Informed Comment) – A group of expatriate Saudi intellectuals announced this week the formation of the National Assembly Party, which they intend as an opposition party working for a rule of law and separation of powers in the kingdom. The group’s manifesto is printed here, declaring that they want to see democracy implemented as the instrument of government in Saudi Arabia, and to see a separation of powers.

Saudi Arabia is an absolute monarchy with no written constitution, where the king and his circle can act arbitrarily. Dissidents are arrested on flimsy charges and sentenced to medieval punishments like a thousand lashes or even summary execution.

The government also launched a five-year-old brutal war on Yemen, with vast civilian casualties, and with no accountability.

Crown prince Mohammed Bin Salman actually imprisoned other princes, including prominent businessman al-Walid Bin Talal, in the Riyadh Ritz-Carlton to extract, it is alleged, $100 bn. from them. He gave then Lebanese prime minister Saad Hariri the same treatment, forcing him to go on television and resign his post, in a sort of televised coup d’etat. The Lebanese government declined to accept the resignation, but the Sunnis and their coalition plummeted in the next elections in Lebanon. Bin Salman’s scheme backfired, and he hurt the very political forces whose spine he was attempting to stiffen.

The CIA concluded that Bin Salman, most notoriously of all, was behind the assassination on Oct. 2, 2018, of Washington Post columnist Jamal Khashoggi, who was cut up with a medical examiner’s bone saw after being strangled to death.

Precisely because Bin Salman appears to be sadistic and unbalanced, a high-functioning sociopath, the formation of this new party is an act of courage. Its leaders know that their lives are thereby put in danger. Saudi’s royals might well send assassins after them or attempt to blacken their reputations with dirty tricks.

Bill Bostock at Business Insider writes ‘”This is an initiative that builds on previous Saudi attempts to insert political and civil rights in government and allow people to experience democratic institutions,” said Madawi al-Rasheed [of the London School of Economics], the party spokeswoman, in an interview with Business Insider.’

Under King Abdullah in the 2000s, Saudi Arabia took some small steps toward having an elected national legislature. The first stage was municipal elections, which have been held several times. However, only half the city council members are elected, while the other half and the mayor are appointed by the central state. Plans for these municipal elections to evolve toward election of a parliament appear to have been frozen with the outbreak of the 2011 Youth Revolts, which overthrew several governments in the region.

The Saudi royal family pushed through a multi-billion-dollar public services program to bribe the public to be quiet. Then it rewarded the Egyptian officer corps under Field Marshall Abd al-Fattah al-Sisi with billions in aid for overthrowing the elected Muslim Brotherhood government in 2013. Some of the failure of the Arab Spring must be laid at the feet of the autocratic Saudis, who want no outbreak of democracy in the region.

The recent democratic revolution in Sudan was made over the objection of the Saudi-United Arab Emirates axis, and deposed genocidal dictator Omar al-Bashir was found with $25 million in cash from Saudi Arabia.

As a result, the politics of the Arab world is frozen in forms of autocracy that rule with an iron fist. Tunisia is the only exception, and the Gulf states have meddled there, as well. (Lebanon and Iraq have regular elections, but, like Israel, their democracy is only partial, marred by sectarianism, refusal to compromise, undemocratic practices, and monumental corruption). Morocco, Jordan and Kuwait have what looks like a constitutional monarchy on paper, but the legislature is not actually independent of the executive in any of them. As for workers’ and union rights, forget about it. Genuine freedom of the press is rare except in Tunisia and still to some extent in Lebanon. Fifteen years ago Kuwait had one of the freest presses, but now there is extensive censorship.

The problem with concentrating all power in the hands of a central ruler was recognized by Enlightenment thinkers who influenced the American Revolution.

Charles-Louis de Secondat, the Baron de Montesquieu (1689-1755), who lived under an autocratic monarchy, wrote in his Spirit of the Laws:

When the legislative and executive powers are united in the same person, or in the same body of magistrates, there can be no liberty; because apprehensions may arise, lest the same monarch or senate should enact tyrannical laws, to execute them in a tyrannical manner.

There would be an end of every thing, were the same man, or the same body, whether of the nobles or of the people, to exercise those three powers, that of enacting laws, that of executing the public resolutions, and of trying the causes of individuals.

Most kingdoms in Europe enjoy a moderate government, because the prince, who is invested with the two first powers, leaves the third to his subjects.

In Turkey, where these three powers are united in the sultan’s person, the subjects groan under the most dreadful oppression.”

Arguably, the Ottoman Empire had many more consultative mechanisms than contemporary Saudi Arabia.

Americans should sympathize with the dissident Saudis, since Trump and his Republican Party enablers in the Senate have been chipping away at the separation of powers for the past three and a half years. We are near to a Republican Supreme Court indistinguishable from the GOP Senators in outlook, and to a Supreme Court that can be depended on to sign off on whatever the GOP president decrees.

“There would be an end of everything,” Montesquieu said of absolute monarchy and the erasure of the separation of powers. That is what the Saudis have, and what Trump is working toward.