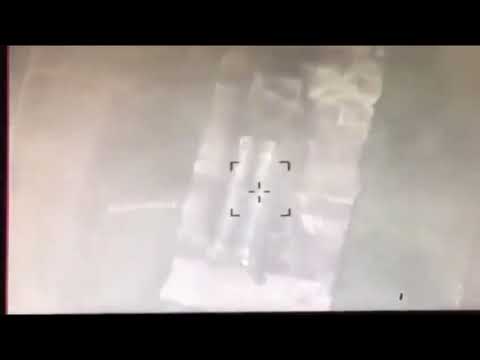 Belgrade (Special to Informed Comment) – As of today, the 2007 UN Security Council embargo on conventional arms shipments to Iran expired. At least from the point of view of international law, Iran can now purchase powerful and advanced weapons such as the Russian S-400 anti-aircraft system, or the Su-30 fighter jet. Still, although Iranian officials have already expressed interest in acquiring the latest state-of-art Russian military technology, it is unclear exactly how much business the two countries will do in this regard. If Russia does agree to such sales, a significant rise in tensions between Washington and Moscow will ensure.

For its part, Washington has menaced those nations that decide sell weapons to Iran after today. It is uncertain if the Kremlin will dare to confront the United States over the Islamic Republic, risking an expansion of already unwelcome US Treasury Department sanctions. The real possibility that the erratic but often pro-Russian Trump will lose the election raises the stakes for Moscow.

“The fact that the United States threatened to introduce sanctions on all those who will contradict the US interpretation of the current situation once again confirms that Washington wants to behave like a bull in a china shop,” Lavrov said, adding that the current US administration has lost diplomatic skills almost beyond retrieve.

The ambassador, however, protests too much. Moscow has in fact up until now refused to provide Iran with an S-400 missile system, even though this request allegedly came from the very top of the Iranian political leadership. Four years ago Iran tried to purchase Russian weapons, but Kremlin-friendly analysts made excuses for President Vladimir Putin’s refusal to play ball. They used the same rhetoric they are using today, arguing that that Tehran simply does not have money. However, at the time, Iran was willing to invest $8 billion in arms supply, which was not an unattainable amount of money for the Islamic Republic. Thus, it is more likely that even then Russia did not want to risk antagonizing Israel, the Gulf states, as well as the Kremlin’s “dear Western partners” by selling weapons to the UN-sanctioned Iran.

To be fair, however, at that time the UNSC embargo was still in effect, and Russia would have suffered opprobrium from the international community if a sale had gone forward, and it could not have counted on any support if the US sanctioned Russia over it. Now, however, the current UNSC has rejected the Trump administration’s demand that the embargo be extended. That body has, in addition, all but called “delusional” US Secretary of State Mike Pompeo’s allegation that the US, having left the 2015 Iran nuclear deal or Joint Plan for Collective Action (JCPOA), has the authority to reimpose sanctions on Iran unilaterally.

Aside from the UNSC embargo, Russia during the past five years has had other reasons to avoid too close an embrace of Iran. For one thing, playing hard to get had benefits all around. Historically, Russia has used Iran as a counterweight or source of leverage to balance its relations with Western powers, particularly the United States.

Lavrov’s anti-American rhetoric does not necessarily mean that Moscow will provide systems like the S-400 to Iran. For one thing, the severe sanctions that the US has imposed on Iran since May, 2018, have devasted that country’s economy and led to a steep decline of the Iranian currency, which has lost 60 percent of its value against the dollar in the past two years. The coronavirus pandemic is also hitting the country hard, giving rise to skyrocketing unemployment. Tehran may simply be too strapped to go on a big arms buying spree, despite the end of the UNSC prohibition.

Still, Russian and Iranian military cooperation will likely materialize in the form of limited arms sales. For instance, Russia could offer defensive weapons like the S-300, which proved to be easy targets of the Azerbaijani Air Force in Nagorno-Karabakh. Reportedly, however, a battery of this anti-missile system in Armenia was recently destroyed by Azerbaijan using the Israeli made drone IAI Harop. Will Iran still be so eager for it?

Tehran’s perhaps overly ambitious requests aimed at equipping their various armed forces across the board, provoking some Russian skepticism regarding Iranian ability to pay. That is why some Russian authors think that Moscow and Tehran will likely make deals on the less advanced and much cheaper Buk and Tor missile systems, as well as Russian export of anti-aircraft missile and cannon systems Pantsir to Iran, since those are things that the Islamic Republic can afford. On the other hand, Russia is expected to refrain from supplying Iran with offensive weapons such as the Su-30 aircraft and the latest weapons such as the S-400 for both financial and political reasons.

Because of the economic crisis, caused by the COVID-19 pandemic and Western sanctions, a large-scale purchase of weapons and military equipment by Iran does not seem realistic at this point. Still, now that the legal the barrier to arms sale are removed, Tehran is expected to increase the quantity and quality of its own production of military equipment, since it desperately needs to modernize its armed forces. If no one can clean up selling advanced weaponry to Iran anymore, at least some money will be made licensing industrial know-how for weapons production with suddenly cheap Iranian labor.