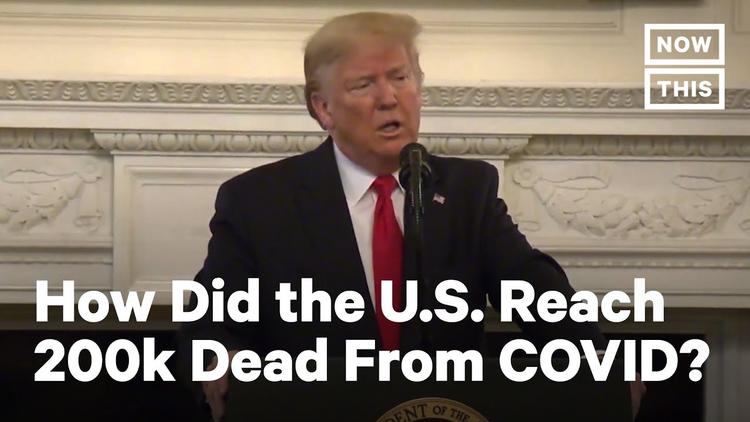 Alexandria, Va. (Special to Informed Comment) – Many presidential biographies are somewhere between pseudo profound and pure fluff, arguing presidents be judged by Hollywood-like silliness like “presidential bearing” and “leadership qualities.” In 2014, I wrote Presidents’ Body Counts, my book arguing presidents be judged based on their human rights records. How many lived or died because of their actions matters most, not pablum, not personality, not how much you personally like them, or even how much their politics agree with your own.

The rest of what I argued in that book, the first in the series Best and Worst World Leaders, hardly seems controversial to anyone but fanatics. All people have the right to control their own fates, to not die before their time from unneeded wars, or other preventable deaths, and to not be asked to approve of atrocities done in their name, often in secret. They should be able to seek out knowledge of such matters and not see control of their lives handed off to elites, whether government or corporate.

Both Americans and the rest of the world should not give control over to a president who is undeniably a brutal vicious bigot, a would be dictator, and the third worst president in American history. Only Nixon and Reagan, because of their direct roles in genocides in Cambodia, Bangladesh, Iraq (all Nixon), and Guatemala (Reagan), have higher death tolls than Trump, by the hundreds of thousands.

The two of them, though, were competent and accomplished in some matters, something no one honest could say of Trump. No wonder he consistently is rated at the bottom by historians and political scientists, even though both fields, especially the latter, have many conservatives and libertarians. Presidents that were evil should be correctly remembered as such and nothing else, and when the law is broken, prosecuted as such, as eagerly and fully as a society does street criminals.

And the latest US “president,” “elected” as he was by Russian bots depressing voter turnout to its lowest in 20 years, committed many outright evil acts. Were he judged by the standards we reserve for America’s putative enemies, he should have faced war crimes trials and been executed or imprisoned for life once convicted. The weak impeachment trial he faced in Congress took almost three years to begin, and was so timid and limited it did not cover even 1% of his crimes. Trump did not even face charges on the most serious ones, those resulting in mass deaths.

The fact that he was not put on trial for war crimes says much about the weaknesses of America’s theoretically republican government, and many people’s hypocrisy and double standards. Many supposed liberals condemned Trump for corruption, withholding foreign aid for a political favor. But many of those same liberals cheered Trump’s war crimes, his sanctions killing tens of thousands in Venezuela and his drone assassination program killing thousands more civilians in five other nations in the name of fighting terrorism.

I with my writing in this series, and many other individuals, make a moral and spiritual challenge. The consistent life ethic argues one must be pro life in everything, every last subject and issue, opposing the culture of death in all its forms, creating a seamless garment of reverence for life. It comes from Catholic social justice teachings and puts beliefs on abortion (for which many Catholics, evangelicals, Mormons and others ignore Trump’s deep immorality on virtually everything else) on an equal level of importance as issues like war and peace, poverty, inequality, healthcare, the death penalty, etc. But such a principle is also found in many other faiths, such as in every American Indian tradition of all creation as a web of interconnectedness all deserving equal respect.

Contrary to many claims, Trump’s base of support is not primarily devout Christians, evangelicals, or even fundamentalists. Devout Latino and progressive Catholics and Black and liberal evangelicals are often his strongest critics. Trump’s supporters are most often CINOs, Christians In Name Only, lapsed and non practicing “Christians” who were raised in the faith, but haven’t seen a church in many years. They are Christians in the same sense the Irish Republican Army is Catholic, or radical extremists are Muslim.

For all three of these groups, their faith is a marker of identity tied to ethnicity (including for Trump supporters, being white) or tied to nationalism. Jesus is not a savior for Trump or his supporters. He is a mascot for their side, white American conservative or racist Christians, with the occasional minority token as their pet, to be their cover and vain attempt to claim to not be bigoted. For a virulent portion of them, they are also as equally willing to be as violent as the IRA or ISIS.

The methodology I use in my book Trump’s Body Count, and the one before and after it in the book series, is simple: Did the president commit actions that knowingly led directly to the deaths of innocents? If yes, then each president is ranked by the degree of evil they carried out, the number of mass deaths. The categories are ranked in order of how many were killed as a result and how culpable a president is for these deaths, from outright genocide down to the smaller numbers of deaths from a president’s actions.

The original rankings in Presidents’ Body Counts were:

Presidents’ Body Counts was written at the end of Obama’s time in office. It also detailed the best presidents, and those with mixed records of both carrying out great good and guilty of horrific evil. (Obama was ranked as having a mixed record, based on both ending wars and ordering assassinations by drones.) The best presidents were ranked:

The Best President in US History: Abraham Lincoln for liberating both Black and California Indian slaves, ending California Indian Genocide, liberating the south from Confederate tyranny, preventing wars of aggression by the Confederacy, the first ban in history of chemical warfare, and saving 270 Dakotas by pardons in the Dakota War.

Fourth Best President: Ulysses Grant for his Peace Policy reducing battles between the US Army and Natives by greater than four fifths, ending extermination of Natives as a practice by the US government, and ending KKK violence in Georgia and South Carolina.

Where would Trump belong in any ranking of presidents by his human rights record? Not among the best presidents, or even among those with mixed records. Arbitrary cruelty, deliberate sadism, and often random brutality, falsely claimed to be “strength,” are his standard practices. Trump is clearly among the worst of all American presidents, and the list of them is changed for Trump’s Body Count to this:

Third Worst President: Donald Trump for ignoring genocides in Syria, Iraq, and Myanmar; wars in Syria and Yemen; war crimes against Iran and Venezuela; assassinations in Afghanistan, Colombia, Iraq, Somalia, and Yemen; sabotaging American healthcare; deaths, disappearances, destruction of families, and rapes of immigrants; incompetence in Puerto Rico hurricanes and COVID Pandemic response; his role in white supremacist terrorism; and being a rapist.

The combined death toll from all of Trump’s many crimes is not “just” the over 222,000 COVID deaths and counting, nearly all of them preventable had almost literally anyone else been president, including Republicans like Cruz, Jeb Bush, or Rubio. It includes at least 40,000 Venezuelans. It includes Syrian Christian and Yazidi refugees from ISIS brutality who were blocked from escape, and Karen Christians and Rohingya fleeing Myanmar. It includes still more refugees from Latin America who died preventable deaths from being blocked from entering. or are abused in private prisons, their children still missing, likely trafficked. It includes thousands of Afghans, Colombians, Iraqis, Somalis, and Yemenis killed by drone assassinations, almost all civilians, some of them children. It includes at least 3,000 Puerto Ricans who are Americans, contrary to what much of Trump’s ignorant base believed as an excuse to let them die by hurricane. It includes likely tens of thousand of other Americans who died preventable deaths by Trump sabotaging their healthcare. It includes those killed by terrorist Trump supporters, white supremacists and male supremacists cheered on and taking all but direct orders from him to attack.

And the death toll will get far worse. The highest estimate for COVID deaths in the US by year’s end is over a million Americans, coming Anirban Basu from the University of Washington. The current official death toll is actually for certain an under count, with some tactics used by Trump to deliberately try to avoid reporting all deaths. The chance of him starting a war or trying to provoke wars to get Americans to rally around him is also very real, and already being tried against Iran.

Some Trump supporters definitely will attack, kill, or bomb when he loses. And the chance of him refusing to leave office is something he’s proudly declared. Not even Nixon was ever this vicious. Trump’s volatility is such that he would rather become the worst American president by his high death toll rather than be a loser, no matter how much it wrecks the nation he claims to love.