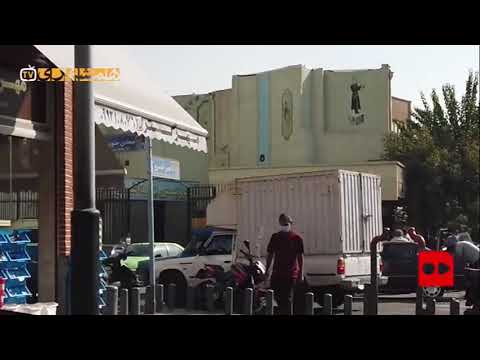 (RFE/RL) – Tens of thousands of diabetics in Iran are said to be facing shortages of insulin, with many such patients and their loved ones complaining that the problem could have life-threatening consequences.

Some Iranians have taken to social media to protest the scarcity of insulin pens and highlight their plight or that of loved ones who need daily injections of what they describe as “oxygen” for diabetics.

Many are posting alongside the hashtag in Persian #Thereisnoinsulin.

The International Diabetes Federation estimates that there are 5.4 million cases of diabetes in an adult Iranian population of 57 million or so, many of whom never require insulin boosts.

According to official figures, Iranian diabetics require around 800,000 insulin pens per month.

Local media say many pharmacies have run out or are rationing insulin pens, which are a simpler alternative to syringes, although some are still said to be available on the black market at astronomical markups.

Journalist Niloofar Zolfagari, who said her father had enough insulin for just two more days, was among those publicly protesting the shortage.

“My heart is about to stop beating from stress that my diabetic father with heart disease has enough insulin only for the next two days and I can’t do anything,” Zolfagari tweeted on October 17. She wrote two days later that, “thanks to you,” she had managed to acquire enough insulin to last three weeks.

The authorities have described the shortage of insulin pens as “temporary” and blamed U.S. sanctions, smuggling, and growing demand.

“Sanctions have hampered the import of some drugs and medical equipment, and at times the import of insulin has been interrupted,” Mohammad Reza Shanesaz, who heads Iran’s Food and Drug Organization, said earlier this week.

Shanesaz added that while the country was facing a shortage of insulin pens, regular and NPH (neutral protamine Hagedorn) insulin — which he described as no different from insulin pens — were “abundantly” available and people can use them.

“The real pressure is on children and the elderly,” said one woman in Tehran who suffers from Type 1 diabetes. She told RFE/RL she had been trying hard to regulate her blood sugar and reduce her need for insulin by exercising.

But critics, including the daily news site Entekhab, say the approach is impractical, since many patients have become accustomed to insulin pens. Issues like old age or infirmity and a lack of assistance prevent some sufferers from using a syringe to self-inject insulin.

A member of the national Diabetes Committee, Alireza Esteghamati, said 80 percent of diabetics who need insulin use pens not just because it’s easy to use but also due to “structural differences” and effectiveness.

Heidar Mohammadi, the director-general of medicine at the Food and Drug Organization, told the semiofficial Tasnim news agency earlier this week that increased demand for foreign-made insulin pens and smuggling were to blame for the current shortages.

He said supplies of imported insulin pens or those manufactured inside Iran had ended up in the hands of traffickers who profit off the price difference in Iran versus neighboring countries.

Many of the users tweeting about the shortage of insulin pens were critical of Iran’s leadership, which they accused of failing to prioritize the well-being of citizens. Some also blamed U.S. sanctions, which have restricted Iranian banking links around the world and contributed to a collapse of the national currency, a depletion of foreign-currency reserves, and skyrocketing prices.

“Bombs and missiles are available, but there is no insulin,” Kamran, who appeared to be alluding to Iran’s controversial missile program, tweeted.

Kamran, who said his father suffers from diabetes, called on Twitter users to be the voice of families grappling with the stress of insulin shortages amid a “bad coronavirus situation and a bad economy.”

“I understand that sanctions have been [choking us],” content producer and translator Mahsa Soltani tweeted. “But I know that officials who are leading the country to a point where patients are struggling to meet their basic needs are incompetent.”

A woman in Tehran who suffers from Type 1 diabetes told RFE/RL that she had been trying hard to regulate her blood sugar and reduce her need for insulin by exercising. “The real pressure is on children and the elderly,” she said.

The woman, who did not want to be named, said ordinary Iranians were caught in the heightened tensions between Tehran and Washington, which exited the 2015 nuclear deal and reimposed crippling sanctions two years ago aimed at forcing Iran to negotiate a new deal.

“I believe sanctions are impacting patients like me,” the woman said. “The U.S. is trying to bring Iran to its knees to force it to give in to its demands. At the same time, the [Iranian] establishment has constantly proven that it doesn’t care about the lives of its people.”

U.S. sanctions imposed on Iran exclude food and medicine but, in practice, the restrictions have made it difficult for Tehran to purchase some medicine, according to Human Rights Watch (HRW).

“Despite existing humanitarian exemptions, broad U.S. sanctions on Iran have created obstacles, especially in terms of access to foreign currency and banking payments, for the Iranian government and importers to ensure a timely and steady flow of imported medicines and raw materials,” HRW researcher Tara Sepehrifar told RFE/RL.

“The direct impact of these sanctions as well as authorities’ decisions to allocate or not allocation subsidized currencies to different brands of drugs and problem of trafficking are ultimately resulting in increasingly difficult and unstable situation for Iranian patients,” she added.

Mette Kruse-Danielsen is a spokesperson for the world’s leading insulin producer, Novo Nordisk — a Danish firm with production facilities in Iran.

She told RFE/RL’s Radio Farda that Iran’s insulin shortages have been exacerbated by the stockpiling of the medication by Iranian diabetes patients — one of the groups at higher risk of suffering complications from coronavirus.

“Sanctions against Iran mean limited banking route options, which makes it more challenging to run our business in the country, including the availability of products,” Kruse-Danielsen said.

“Due to the macroeconomic situation, [amplified] by an increase of stockpiling by patients due to COVID-19, we see occasional situations of stock-out at the pharmacy level,” she said.

In recent months, an increasing number of Iranians have taken to social media in hopes of finding various medicines, including for cancer patients.

Users routinely post photos of the medicine they need while calling on others to retweet, hoping for tips about pharmacies that may have supplies of the needed drug.

Iranian officials dismissed the report and said the drugs were not Iranian and that Iraqi traders had purchased them from other countries for consumption in Iraq.

Hannah Kaviani, a broadcaster for RFE/RL’s Radio Farda, contributed to this report.

Bonus Tweets added by Informed Comment (not connected to RFE/RL piece above):

There's an acute shortage of insulin in Iran

Western regimes & media will try to blame Iran, but all know that the US "maximum pressure strategy" is designed to kill Iranian citizens

There's been an outcry on #Iranian social media over a dire shortage of #insulin.

Using the hashtag "there is no insulin" (انسولین_نیست#), many blame US sanctions & domestic mismanagement for the shortage.