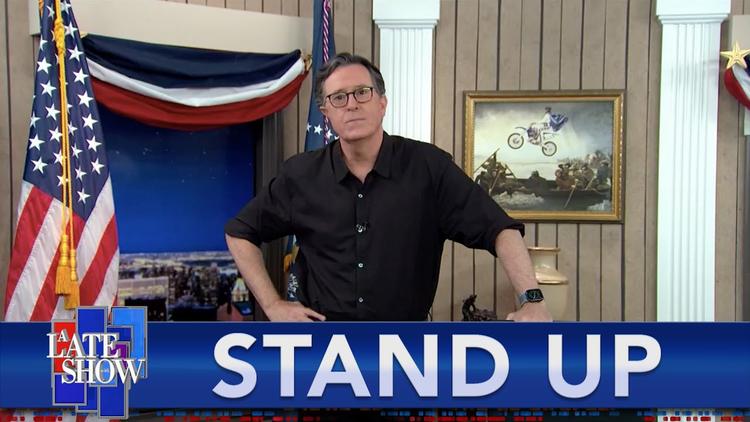 Ann Arbor (Informed Comment) – Trump made an unhinged appearance on television Thursday evening, in which he incorrectly asserted that he had won Pennsylvania and Michigan but had had the election stolen from him by those pesky vote counters that insisted on continuing to count votes. The convoluted and insane conspiracy theories he vomited up could only be attractive to his fringe base. Even Fox Cable News, the major enabler of Trump’s various conspiracy theories, was embarrassed.

Claiming to be in power when someone else actually is has a special term set aside for it. It is “pretender,” as in, “pretender to the throne.” The term is not pejorative, and some historians prefer “claimant.”

Trump is now a pretender to the White House, because he has clearly lost the 2020 election and Joe Biden will be announced president-elect any moment.

There have been lots of pretenders to lots of thrones in history. Usually they lived in exile. Sometimes they fomented rebellion and had to be crushed by the rightful authority.

Let us consider some other pretenders in history.

After he was overthrown in the Glorious Revolution of 1688, James II of Great Britain had to flee to France, where he went on insisting that he was king by birth. Parliament now contended, however, that it was the source of authority and had brought in William and Mary. James tried to come back, landing at Ireland and instigating a rebellion in his native Scotland, but was defeated at the Battle of Boyne and had to go back to France. He lived out his days under the protection of the French government in exile at Saint-Germain, insisting that he was he rightful king.

It ran in the family. His son, James Francis Edward Stuart, was given refuge by the Pope in Rome, and asserted his own claims on the British throne.

Then the son of James Francis Edward Stuart was Charles Edward Stuart (d. 1788), . Called “Bonnie Prince Charlie,” he became a pretender to the throne in his own right. Well, first he wanted to get power for his father, and launched a rebellion in Scotland in 1745 to that end. He was defeated in January 1746 at the Battle of Culloden and had to return to France, living out his days in Rome convinced he was rightful heir to the throne.

I just hope the Trump grandchildren aren’t paling around with biker gangs and Neo-Nazis fifty years from now, still causing trouble and insisting that Biden stole the election.

Then you have Prince Henri, Count of Chambord (d. 1883). An attempt was made to put him on the throne of France when his grandfather, Charles X, was overthrown in the 1830 July Revolution. In fact, the “Legitimists” maintain that he was in fact king for 7 days that year, favored by his deposed grandfather. But Parliament instead gave the throne to Louis Philippe, whose followers became known as Orleanists.

The Count of Chambord spent the rest of his life in exile in Austria, insisting he was the king of France. There was even a possibility that he might have gained the throne in the 1870s. After the Franco-Prussian War and the collapse of the Second Empire, France became a Republic. But Legitimists were elected to parliament in 1870 in sufficient numbers to perhaps bring back the monarchy. The Count of Chambord, however, refused to accept the values of the 1789 French Revolution or its tricolor flag, against which his family had rather a grudge. That refusal, however, caused support for enthroning him to collapse among all but the most die-hard Legitimists. Britannica writes, “A motion to restore the Bourbon monarchy was defeated in June 1874 in the National Assembly by a vote of 272 to 79, and on January 30 of the following year the republic was formally adopted by a slim margin of one vote.” The Third Republic became consolidated. Chambord died in Austria a little over a decade later, still styling himself the king of France.

But maybe the best analogy to Trump isn’t a pretender but an actual king. George III was looney as the day is long. He was a constitutional monarch though, so during his manic phases, the parliament and prime minister just ran the country.

Rosemarie Brandwein writes, “During his worst episodes, this happily married and moralistic monarch, and father of 15 children, wantonly chased ladies around the court, assaulted his family and royal servants, and babbled incoherently often without respite.”

Sound familiar? If Trump haunts the White House the way George III haunted his Kew Palace, the Bidens may have to bring in the guys in long white coats with the butterfly nets.

The Late Show with Stephen Colbert: “Stephen Rips Up The Monologue And Starts Over After Trump’s Heartbreaking Thursday Night Lie Fest”