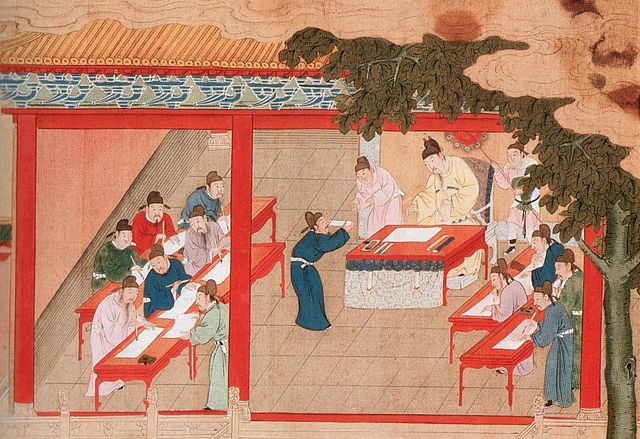 Ann Arbor (Special to Informed Comment) – “Let the constitution of a government be what it will, if there is but one man in it exempt from the laws, all the other members must necessarily be at his discretion.”

Perhaps we should thank Donald Trump for demonstrating the truth of Jean-Jacques Rousseau’s insight. No sooner did the Beltway accept “presidential immunity” as normative than Trump demonstrated how easily a reality television star could render the world’s leading democracy powerless to check even the most blatant abuses.

Following the election and Trump’s refusal to concede, the reality of this fact finally hit home in America, and the pundits are puzzled. After all, every American child learns that Game of Thrones-type intrigues could never occur on our soil because we have checks and balances. Yet after the election, in the normally reserved Atlantic, the conservative columnist David Frum pronounced the American political system broken. “The US system depends on compromise and cooperation” he said, in order to produce legislation for the people’s benefit, but he notes that, for more than a decade, Republicans have refused to cooperate even when the nation’s welfare was on the line.

Just like them, but unlike liberal democratic parties, today’s Republicans demonize political rivals and their supporters, punish rivals by withholding vital resources – medical supplies for instance – and incite violence against them.

Donald Trump is the spokesman for that party and, with few exceptions, Republican members of Congress faithfully obey the leader’s commands, no matter the cost to their constituents.

Because Republicans control the Senate, checks and balances neither check nor balance. The president now is the sole decision maker for most details of government. He assigns relatives and donors to tasks belonging to cabinet secretaries, enhancing personal control while cutting off congressional input. By appointing temps as department heads, he further blocks Congress from the political process.

He takes funds legislated for one program and shifts them to others, violating the separation of powers. He ignores subpoenas from Congress and orders from the courts, placing his person above the branches of government. The only check on his term remaining is elections, but now he claims ownership over the results, even if he lost.

None of this was ever supposed to happen, but it isn’t all that surprising for a historian. Throughout most of Western history, aristocrats treated state resources as their own and assigned incompetent relatives to crucial tasks, to the detriment of the people. Just Google “Trump+Hobbes” and you’ll find multiple articles linking Trumpian politics with the 17th-century absolutism promoted by Thomas Hobbes. Recent warnings of monarchical or aristocratic tendencies under Trump’s tenure can be found here, here, and here.

But the US has not conducted business that way for 200 years. What happened? It might help to consider what it was that made the difference. What really put the brakes on aristocratic excess? If you’re thinking “elections”, think again.

England held elections from the 17th century onwards, but aristocrats controlled parliament (most MPs were nobility), and dominated the press. The king appointed yes-men to major ministries while the chancellor assigned posts to relatives and cronies, all of this being perfectly legal.

Resistance to cronyism increased during the 18th century when English reformers called out nepotism as corruption, and proposed institutions empowered to impeach dishonest ministers. The government rejected the idea.

After reading about China’s political system, the French Enlightenment reformer Etienne de Silhouette realised that an officer is easier to check than a nobleman. Nobility retain authority no matter what they do, but an officer can only discharge the duties of his office. In other words, an officer is supposed to serve the taxpayers, not soak them, and can be fired if he does.

The third president of the United States, Thomas Jefferson, embraced both ideas. He declared that all men who serve in government should be qualified and devoted to the public welfare. Those who aren’t should be dismissed. Every other check depends on this one. If you cannot remove corrupt officers, your checks have no teeth.

Jefferson made this clear in a letter to Thomas McKean: “Interferences with elections, whether of the State or General government by officers of the latter, should be deemed cause of removal; because the constitutional remedy by the elective principle becomes nothing” if the man remains in office where he can rig the elections.

Reformers in China came to similar conclusions, only centuries earlier. Authority resided in the office, not the man, so as early as the 10th century the law declared that any officer who overstepped his authority, harmed the citizens, or enriched himself, should be removed and punished. Special departments impeached those who abused their powers, and we have records of high officials going down under this system.

Why? The Tang reformer Liu Zongyuan put it very simply: people pay the officer’s salary with taxes, and so “an officer’s duty is to serve the people, not to make the people serve him!” English reformers echoed that sentiment because, like the French, they had been reading Chinese essays on government.

Few are aware that the first essay published on formal checks in England was a treatise on China’s administration, some 15 years before French Enlightenment political philosopher Baron De Montesquieu published his views on the matter.

Here we are 300 years later, and politicians seem to have forgotten who pays their salaries. Months ago, The Washington Post found that Trump’s “special advisers” were using their offices to enrich themselves at taxpayer expense, yet Congress barely noticed. If elected officials cannot serve as a check, then who?

During Trump’s tenure, the most effective push-back has come from career professionals in government, the modern counterparts of those Chinese bureaucrats who knew the rules and could be cashiered for breaking them.

Repeatedly, professionals in the intelligence agencies, the Office of Management and Budget, and more recently election officials, have fought to hold the line. Just this week, 16 assistant US attorneys wrote a letter reported in The Washington Post, challenging Attorney General William Barr’s attempt to thrust “career prosecutors into partisan politics” so as to buttress the president’s fantasies.

Trump seems to grasp that it’s the career administrators he needs to worry about. Maybe that is why his administration is frantically replacing professionals with loyal yes-men and Trump donors. Recent purges include a senior climate scientist, two top Homeland Security officials and a senior cybersecurity official whose agency refuted Trump’s claims of election fraud. If he continues in this vein, he will have compromised the last, and most effective check we have, bringing us that much closer to the 17th century.

Not a few have been alarmed that, though Trump lost the election, voter support for Republican candidates was impressive. Democrats pondering what to do next have focused, rightly, on addressing rampant disinformation and other threats to fair elections; but elections will not be enough.

If the Republican Party can destroy the very meaning of “office” with its built-in checks, it is not only the president who will remain above the law. The entire party, and only that party, will enjoy that privilege. The West will have returned to what The Atlantic calls “quasi-monarchical” rule, leaving others to remember what it means to govern for public benefit.

This revised version of an article published in the South China Morning Post appears here by the author’s permission.