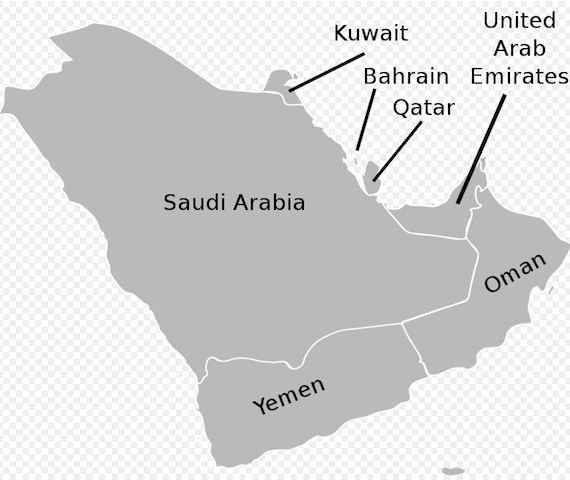 Ann Arbor (Informed Comment) – The Yemeni news site Maarib Press headlines the news that Trump’s secretary of state, Mike Pompeo, announced that he is authorizing the sale of $23 billion worth of F-35 Stealth fighter jets and other super-sophisticated weapons to the United Arab Emirates. The United Arab Emirates, a small federation of seven Sunni Arab-ruled principalities to the southeast of Saudi Arabia, only has a citizen population of about one million people (think: Rhode Island), but has another 8.5 million guest workers who will never gain citizenship.

The Trump administration appears to have rushed the sale through on hearing that Joe Biden had won the presidency. It has to be approved by both houses of Congress, but could be blocked by Biden, who disapproves of the UAE’s war on Yemen.

The deal includes 50 F-35s, the most advanced fighter jet in the world, along with 18 advanced drone systems, in addition to air-to-air and air-to-ground weapons. The deal appears to have been approved by Israeli prime minister Binyamin Netanyahu as part of the “Abraham” peace accord, although it is opposed by the Israeli political and military establishment because it contradicts their doctrine that only Israel in the Middle East should have the latest and most advanced American weapons.

The Yemeni news site is critical of the sale, noting Amnesty International’s condemnation of the Emirates’ military interventions in Yemen and Libya, its use of drones, and its record of hitting civilians at rates that suggest either malevolent incompetence or deliberate disregard.

One study found that in the Saudi-UAE bombing raids on Yemen, up to a third of the facilities destroyed were civilian in nature and had no military significance. It seems to me that sometimes they destroy bridges precisely because they are dual use– necessary to civilians to transport food but available to the Houthi guerrillas for their war effort. If blunting the latter means starving the former, Abu Dhabi seems to think, too bad.

The UN’s food czar, David Beasley, warned Wednesday that 80% of Yemenis are in desperate need of food aid and that millions are on the cusp of dying of starvation. Yemen is in the fifth year of a war on it launched by Saudi Arabia, the Emirates and their allies in a bid to defeat the Helpers of God guerrilla movement, which took Sana’a, the capital, in 2014. The belligerents maintain that the Ansar, or “Houthis,” are backed by Iran, but in fact they are a local movement that has mainly used local resources. They attracted some relatively minor Iranian support only after the Saudis and the UAE invaded.

Although Pompeo represented the arms sale as aimed at Iran (pop. 81 million), there is no prospect of Iran attempting to fight a conventional war with the UAE. Moreover, the Emirates has excellent behind the scenes relations with Iran and its banks laundered a lot of Iran’s money since the latter is under sanctions. I don’t think Iran enters into the picture.

The Emirates is a major oil exporter and has used its petroleum wealth in an attempt to establish regional hegemony in south Yemen and on Yemen’s Arabian Sea island of Socotra. It pushed the Sudanese officer corps to make peace with Israel. Abu Dhabi backs the forces of Libyan warlord Khalifa Hiftar. It is said to have destabilized Somalia because that country’s president was felt to be too close to Qatar, a rival of the UAE. It has also backed the brutal authoritarianism of the al-Sisi-lead military junta in Egypt, to the tune of billions of dollars of aid.

The sale is Trump and Pompeo’s way of allowing the UAE to continue with this imperial authoritarian project in the region, which they appear to believe benefits the US.

So the Emirates is not very much like Rhode Island. Maybe more like ancient Greece’s city-state of Sparta.