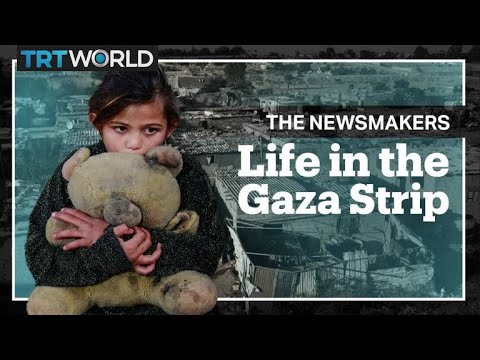 Ann Arbor (Informed Comment) – The United Nations Conference on Trade and Development (UNCTAD) issued a report Wednesday on the effects of the continued illegal Israeli blockade of the 2 million Palestinians in the Gaza Strip, which began in 2007.

Israel militarily occupied the strip in 1967 and still controls its land and shore boundaries and its airspace. According to the 4th Geneva Convention, Israel may not deliberately damage the economy and lifeways of the people it militarily occupies, which is why the blockade on Gaza is a gross violation of international law. Half of the population of Gaza is comprised of children. Some 70% of the families now in Gaza are refugees from what is now southern Israel, displaced in the 1948 war, and many of them could actually walk home if they were allowed to. Israelis are now, however, living in their homes and farming their fields. They refuse to sign away their birthright by acquiescing in what Israel did to them.

The UNCTAD report pulls no punches:

“. . . in 2020, according to the analysis in the present report, Gaza has witnessed one of the worst economic performances globally and the world’s highest unemployment rate, and more than half of its population lives below the poverty line. The vast majority of the population has no access to clean water, electricity or a proper sewage system, and the Gaza Strip experiences major environmental deterioration.”

I’d like to list these points as bullets just so their enormity does not escape the eye. During the past 13 years,

TRT The Newsmakers: “Has Life in Gaza Become Unlivable?”

The report mentions that Israeli authorities for three years actually calculated what would be necessary to keep the Palestinians of Gaza alive but without any fat on their bodies (so as to avoid the appearance they were being starved), and to keep goods allowed into the Strip to that level. They miscalculated, because stunting was observed among Palestinian children, to whom they pettily denied chocolate in specific. The whole exercise was creepy and reeked of an experiment on living subjects.

“Another constraint on productive activities is the list of “dual-use” civilian goods that Israel does not allow Palestinians to import because they might have potential military applications. The list contains 56 items requiring “special approval” to be brought into Gaza and the West Bank, including civilian machinery, spare parts, fertilizers, medical equipment, appliances, telecommunication equipment, metals, chemicals, steel pipes, milling machines, optical equipment and navigation aids. For Gaza the list contains an additional 61 items, including construction materials; raw material for the productive sectors, for example wood and pesticides; medical equipment; and water pumps, which are used during seasonal flooding. Despite some easing of restrictions, in particular for construction materials, since the 2014 military operation, applications for the import of other items on the dual-use list have been subject to frequent rejections or significant delays.”

In other words, the Palestinian economy in Gaza is the pits because they can’t import the materiel they need to make anything, build anything or produce anything, or even just to avoid flooding.

Then there is the matter of the three massive attacks Israel launched on the people of the little Gaza Strip in this period. The ostensible Israeli objective was to weaken Hamas, the party-militia that was elected (with Israeli acquiescence) to rule Palestine in 2006. Hamas has conducted attacks on Israel, but it has limited capabilities. The Israeli propaganda talking point that it has fired thousands of rockets at Israel is hard to take seriously. Some 99% of them were high school science projects that landed uselessly in the desert. There was some occasional destruction of property, and most unfortunately, some Israeli deaths. I feel those deaths deeply, since I have Israeli friends in places like Beersheva, and these attacks are blatant war crimes by Hamas. But the laws of war require proportionality, and the Israeli response (referred to in Israeli security circles as “mowing the grass”) was grossly disproportionate. The scale of the attacks and the impact on ordinary civilians (half of the population is children, remember) strongly suggest that Israeli policy is to make Gaza uninhabitable in hopes of impelling the Palestinians to leave.

The UN report says (emphases mine),

During the eight-day hostilities in November 2012, 174 Palestinians, including 107 civilians, and 6 Israelis, including 3 civilians, were killed, and some 10,000 homes damaged;

And, remember, for the most part the Palestinians have not even been allowed to import the materiel necessary to repair and rebuild.

The struggle of finding work in Gaza | DW News

The poverty rate is also 55.4 percent, up 42 percent since the blockade was imposed in 2007. What does it even mean for over half the population of a place to live in poverty as defined by the UN?

A lot of Americans were so upset by the decline of US manufacturing. They were so angry they even voted for Donald Trump. But the Israeli blockade has devastated Palestinian manufacturing in the Strip, which fell as a proportion of the economy from 24% to 10% under the Israeli blockade. A lot of observers made allowances for the anger of the white working class that supported Trump, but everybody seems to expect Palestinians to be all right with what is being done to them.