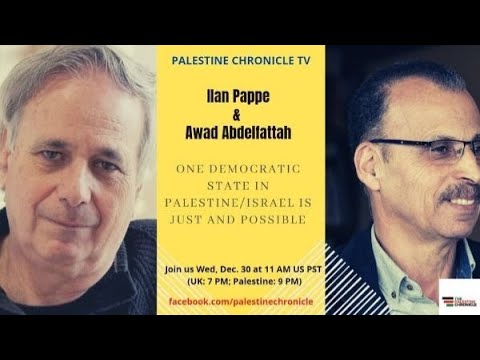 By Ramzy Baroud and Romana Rubeo | –

( Middle East Monitor) – As the US ruling elites have fully succumbed to Israel’s political discourse on Palestine, the Israeli government of right-wing Prime Minister, Benjamin Netanyahu, may feel that it, alone, is capable of determining the future of the Palestinian people.

This conclusion is, perhaps, gleaned from Israel’s behavior in recent years and months. The expansion of illegal Jewish settlements, the plan to annex large swathes of the Occupied Palestinian Territories, and the entrenching of the existing system of apartheid and perpetual colonialism are all evidence that demonstrates Israel’s renewed sense of empowerment.

Israel is further emboldened by the fact that the so-called ‘international community’ has, thus far, failed to challenge American and Israeli intransigency. The European Union, which is fighting for its own identity, let alone survival, is proving to be a marginal force in Israel and Palestine. Without American guidance, the EU seems incapable of leading its own independent initiatives.

Moreover, the lack of an alternative global power that could offset the political imbalance created by Washington’s blind and unconditional support for Tel Aviv is making it difficult, if not impossible, for the Palestinian leadership to invest in an entirely new political paradigm.

Normalisation among various Arab countries and Israel has added yet more fuel to the fire. Without official Arab solidarity, the Palestinian leadership, which has historically defended its position based on some kind of a collective Arab vision, now feels orphaned, abandoned.

But all is not lost. The dismantling of the US-engendered ‘peace’ paradigm should not automatically indicate that Palestinians are not capable of championing their own political vision for liberation and freedom. On the contrary, the US and its ‘moderate’ allies in the region have always represented an obstacle to Palestinian freedom. For this camp, the objective was maintaining the status quo of endless, futile talks without a timeframe, without a legal frame of reference, and without any mechanism that is meant to place any kind of pressure or accountability on the Israeli occupier to bring its military occupation to an end.

OPINION: 2021 provides Palestine with a chance to fight back

Palestinians and their allies are now engrossed in a process of introspection, revisiting old maxims, challenging tired clichés, and imagining a new future where dead ‘solutions’ are no longer an option and where justice is not tailored to fit the expectations and demands of the occupying party.

One democratic state, as envisaged by the Haifa-based One Democratic State Campaign (ODSC) is one of these initiatives that hopes to take the conversation on a possible shared future from being an academic subject to an active political process with actual, measurable support on the ground. This is the only way, according to the group, that the minimal requirements for justice can be achieved. These include the right of return for Palestinian refugees who are still scattered, in their millions, in many refugee camps in Palestine and throughout the ‘shataat’ (diaspora).

On December 30, we reached out to Israeli historian Ilan Pappe, a well-known author and highly regarded academic and the respected Palestinian political analyst, Mr. Awad Abdelfattah, who is also the coordinator of the ODSC.

We asked both intellectuals to make a case of why the two-state solution is not a viable answer to the Israeli occupation and apartheid and why one democratic state is possible and just.

Ilan Pappe on why a two-State Solution was never viable:

“The two-state solution was never viable. There were times when, maybe, it looked a little more viable for a few weeks after the June 1967 war, when the Jewish settlers came to the West Bank. But it was not viable even then, because it did not fit the basic policy of the Zionist movement since its inception and its arrival in Palestine in the late 19th century. Zionism is a settler-colonial movement and Israel is a settler-colonial state.

“Its support – and this includes what is even called the ‘peace camp’ in Israel – for a two-state solution is an idea that says that you do not have to directly control every part of historical Palestine in order to establish your dominance and hegemony between the River Jordan and the Mediterranean. So, if you can squeeze the Palestinians into small Bantustans and allow them to have a flag and a semblance of a government, there are quite a few Israelis who do not mind at all, so long as this will be the last and final kind of settlement for the Palestine question. Which means no real political rights for the Palestinians, no right of return for the refugees, and keeping all Palestinians in different parts of historical Palestine, at best as second-rate citizens, at worst, as subjects in an apartheid state.

“I think we have only had one option since the creation of the State of Israel, and this was to replace a settler-colonial state with a genuine, democratic state for all.”

Awad Abdelfattah on why Israel is not serious about peace and why one state is a strategic Palestinian choice:

“I am a Palestinian with Israeli citizenship, one of the survivors of the Nakba, one of the descendants of the people who succeeded in remaining in their homeland. I belong to that group of the Palestinian people who have been struggling peacefully inside the State of Israel against all forms of discrimination and apartheid. Despite that, we have been under continued and systematic colonization.

“For many years, people (even those who support the Palestinian cause) did not look at Israel as a settler-colonial state. We, Palestinians within the Green Line, have played an important role in exposing the nature of this regime and to show that the occupation in the West Bank and in the Gaza Strip is not something separate from the existing Israeli regime. The opposite is true. It is an extension of this regime.

“We have to expose to the world that we, Palestinians with Israeli citizenship, are not treated equally and I think we should recognize that Israel is not keen on making any peace with anybody, either Palestinians or the Arab world. If Israel was indeed serious in wanting peace, then it should have made peace with its own non-Jewish citizens (this is the term that Israel uses to describe us). So, I think we can have a strategic role in promoting the ‘One Democratic State’.

“The apartheid regime cannot be sustainable. I think Israel is behaving like the Crusaders in Palestine. It will never be sustainable. I do not say that this is going to happen soon, but I do not think that this unjust and cruel apartheid regime can be sustained, because half of the Palestinian people are still in their homeland and they are determined to resist, not to surrender, despite the grim reality that they are living.”

Ilan Pappe on why one state is gaining momentum among Palestinian youth:

“It is not just a dream of having another Arab state, like Egypt. We have to remember that they are also part of the Arab Spring generation, so the aspirations here are not just about national independence. This is far more than just having a one-state because the two-state does not work. This is really a genuine idea that we need to respect human rights and civil rights and, in the case of Palestine, the rights are very clear – from the right of return for the refugees to the making sure that Palestine is part of the Arab world and the Muslim world; making sure that within that world, Palestine can be a lighthouse when it comes to human rights and civil rights.

“I think this is why the topic is never limited to Palestine, geographically, or morally. We have seen this during the demonstrations in the Arab world at the time of the Arab Spring. So many demonstrators from Morocco to Bahrain were carrying the Palestinian flag because of what it symbolizes to them, even in their own country.

“I think that despair comes more from political elites. Yes, they are right in their own analysis, that their belief in the two-state solution was, in a way, betrayed by the Israelis and the international community. There is no doubt about it, but I think that the main push for the one-state solution will come from a popular movement with a lot of young people in it, building their own future, not just the future of the present leadership who, I think, will join, whether it is because they are desperate or because they will be loyal to ideas that they themselves once believed in – and they should remember – in the 1960s and 70s.

“So I think there is good potential for support on the Palestinian side for this idea. The question is whether there will be an organization that will democratically and authentically represent the symbols. Because if this will happen, I think it is a game-changer which will force everyone in the region – and in the world – to look very differently at the Palestine Question.”

(To watch the interview in full clickhere)