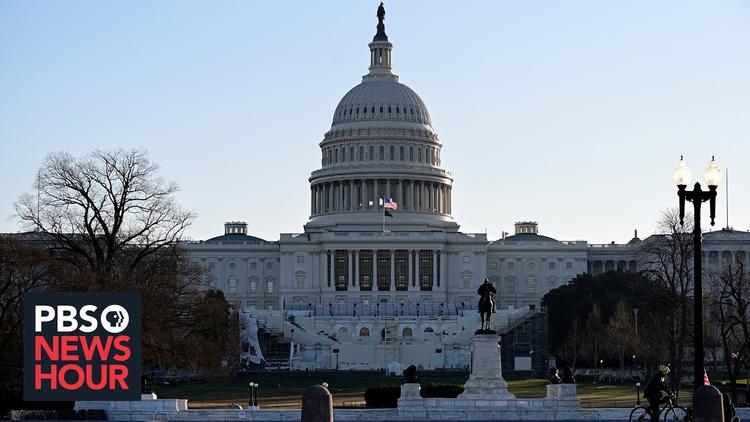 Following last week’s white nationalist mob in Washington, D.C., journalists and activists overseas share what the world is thinking about us.

In the wake of the white nationalist mob takeover of the U.S. Capitol and Trump’s pending second impeachment, I contacted journalists and activists overseas to get an idea of how the rest of the world currently views us.

Among other questions, I asked what issue Americans should be aware of that U.S. politicians and mainstream media aren’t talking about.

Bettina Gaus, political analyst and correspondent in Berlin, notes that with the electoral defeat of Trump, liberals have returned to a familiar refrain. She’s sick and tired of hearing about how the United States is the most admired country on Earth and is “ready to lead again.”

“Thank you very much, so kind of you,” Gaus tells me, with just a touch of German sarcasm. “But would it not be nice if we could have at long last a relationship which is based on equal footing?”

Gaus wrote a column looking at how the Capitol attack will impact Biden’s presidency. She questions whether Democrats will be able achieve “national reconciliation” given the ultra-rightwing and racist views among many Trump supporters.

“These people do not care about applicable law or the constitution,” she writes. “All the talk about ‘legal’ and ‘illegal’ votes is about one thing above all: denying the African American population and other minorities their right to vote.”

Russia
The fascist and racist nature of the pro-Trump mob was obvious to many Russians as well. They saw similar efforts in the former Soviet Republics. For years, Washington, D.C., supported “color revolutions” that put rightwing, anti-Russian oligarchs in power in Georgia and Ukraine.

Fred Weir, Moscow correspondent for the Christian Science Monitor, says many Russians see the Capitol attack as “a kind of cosmic payback for spreading color revolutions around the world, preaching to everyone about democracy while failing to attend to their own fraying system.”

“When crowds of street protesters overthrow governments in Georgia, Ukraine, Kyrgyzstan—or the ongoing protests in Belarus—the U.S. media cheers it as pro-democracy activity,” Weir tells me. “But when it happens in their own capital, it’s the darkest sort of treason.”

Russians see U.S. actions in recent years as hypocritical, according to Weir. “Lectures about democracy and human rights have been increasingly ineffective with Russian audiences,” he says, “not just the political elite, but average people as well.”

A relatively small number of business people and intellectuals in Russia align themselves with the United States. Recent events have not helped their efforts.

In the estimation of many Russians, Vladimir Putin has done a better job than Trump. Russia has distributed its own coronavirus vaccine for months; the United States has barely started. The government in Washington, D.C., faces economic crisis with rising unemployment; Moscow keeps its economy afloat despite Western sanctions.

“This spectacle of disorder, government paralysis, and deep political polarization in the United States,” Weir says, “makes it extremely uncomfortable to be a pro-Western liberal in Russia right now.”

Mexicans also see that weakness, according to Nayeli Martinez Consuegra, a medical doctor in Mexico City.

“We’ve seen a setback in general policies since Trump started leading the country,” she tells me. “I think we are all opening our eyes to see the United States as vulnerable rather than as the hegemonic empire.”

Israel
Israeli rightwingers have engaged in numerous political attacks—from the mass murder of Palestinians in Hebron to the 1995 assassination of Prime Minister Yitzhak Rabin. Nevertheless, many Israelis were shocked by the siege of the Capitol, according to Ronny Perlman, a peace and human rights activist in Tel Aviv.

“Many people stayed awake until 3 a.m. watching in horror,” Perlman tells me. She says that while the decline of the United States began before Trump came to power, his election accelerated the understanding “that the United States is not a country to look up to and admire as a free, democratic, open society. I think the pandemic reports affected many viewers in how big America mishandles this horror.”

On the other hand, the Black Lives Matter movement has had a positive effect on Israeli progressives. Perlman says the slogan “’I can’t breathe” was heard even at an anti-Netanyahu protest in Balfour Street in Jerusalem when the police brutally attacked the demonstrators.

Americans need to “know that the world doesn’t see them as the leaders of the free world any more. Even Biden will not make America great again. One should discard that obsolete concept,” Perlman says.

A recent editorial in The New York Times asks if Trump’s actions are an exception or part of a systemic problem. The editors expressed confidence that the system is sound.

“To friends and foes, and through triumphs and crises, the United States has stood as the standard of democracy and freedom since the last two world wars,” the editors wrote.

But many people around the world—and at home—reject that analysis. Systemic racism, occupation of foreign lands, more than 750 military bases around the world, and support for rightwing dictators hardly makes the United States a “standard of democracy.” And that’s just foreign policy.

Even some card-carrying members of the foreign policy elite recognize that last week’s events are a turning point in history.

“No one in the world is likely to see, respect, fear, or depend on us in the same way again,” tweeted Richard Haass, president of the Council on Foreign Relations. “If the post-American era has a start date, it is almost certainly today.”

PBS NewsHour: “Insurrection at Capitol draws condemnation across the globe”