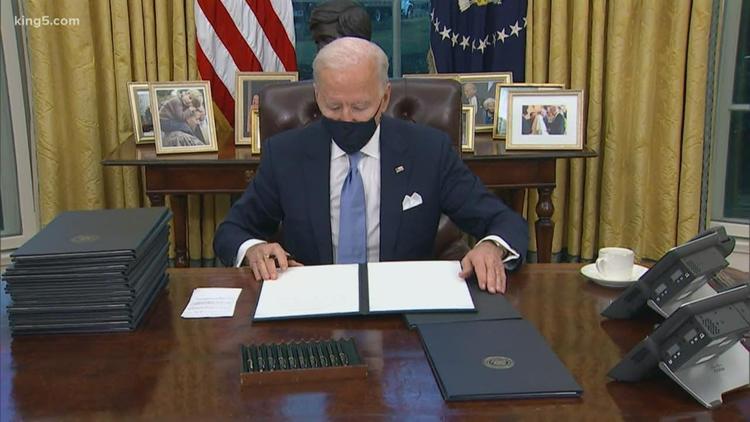 Ann Arbor (Informed Comment) – My title is from William Shakespeare’s Henry the VI. In the original, Dick “the Butcher” is speaking of ways to overthrow the king and improve the country, and he suggests killing all the lawyers first. Nowadays, carbon dioxide is the thing preventing us from improving the country.

President Biden has already swung into action, with a number of important climate initiatives. I’m urging that closing coal plants be at the top of his agenda.

The United States had 241 coal-fired power plants in 2019, which generated 23% of US electricity, an installed capacity of 236 gigawatts.

It is a scandal, an atrocity.

We desperately need to close these 241 coal plants. Like, yesterday.

We also need to shift from coal to electric arc steel-making fueled by the sun or wind.

Coal is the most polluting fossil fuel, giving off twice as much carbon dioxide as natural gas, and in addition burning it puts out particulate matter that gives people lung disease and mercury, which is a nerve poison.

Coal plants have been closing like crazy because burning coal is increasingly more expensive as a way to make electricity than wind, solar and natural gas, all of which have fallen dramatically in price in the past decade. From 2010 to 2019 some 290 coal plants closed because they just couldn’t make money.

Excel in Minnesota is replacing some coal plants with solar farms.

No new coal plants are being built in the U.S. In fact, Julian Spector at Greentech Media reports that 84% of new power plants to be built in the US in 2021 will depend on wind, solar and other renewables. The other 16% will be natural gas.

Unfortunately, market forces, which in any case depend on the tax and regulatory framework and are not “natural,” will not accomplish this task fast enough to save humanity as they now stand.

President Biden can impel some of this shift away from coal through executive order. The odious Trump had attempted to stop the Environmental Protection Agency from pushing plants to switch away from coal. The courts shot his argument down. So reports Alex Guillen at Politico, who points out that President Biden can use the ruling to reinvigorate President Obama’s Clean Power Plan. That plan put pressure on coal plants to adopt another less polluting fuel instead.

Likewise, executive orders will only go so far. We need to shut down all 241 coal plants in short order, not draw out the big carbon emissions over decades. Michael Mann argues in The New Climate War that only a carbon tax can accomplish this work in the time needed. Some have pushed back against this step because they see carbon taxes as regressive. But taxes are only progressive or regressive depending on how they are designed. Moreover, since the typical coal plant generates electricity at a cost of 5 cents per kilowatt hour, and wind and solar are more like 2 or 3 cents per kilowatt hour, if a carbon tax can shift power generation to renewables, workers and the poor will pay less for their electricity, which is progressive.

To ensure that workers in the coal industry are provided with well-paying jobs in renewables, we also need government training and incentives for them.

Unless we do the work and absorb the pain of closing our own coal plants, we aren’t in a position to pressure coal-dependent countries like China, Poland and India. Biden wants to lead on climate. He has to walk the walk.

Despite a reduction because of all the pandemic lockdowns, the US still put out an estimated 4.543 billion metric tons of carbon dioxide in 2020. The thing that doesn’t seem to be widely understood is that our emissions are cumulative. It is like putting on weight. Let’s say you put on 5 pounds a year for 10 years. You’d abruptly be 50 pounds overweight. Along the way you’d have had to replace all your clothing, several times. Now let’s say you wanted to drop the extra weight and went on a serious diet. Let’s say at the end of the first year of dieting you only had put on another four pounds. You wouldn’t be happy about that. You wanted to take off weight, not put it on. Now you’re 54 pounds overweight after all that dieting, and in danger of having a heart attack.

So US emissions are down from earlier in the decade, what with the Covid slowdown, but we still spewed into the atmosphere 4.543 billion metric tons of an extremely dangerous gas.

Ordinarily when sunlight strikes the earth, it then radiates back in to outer space. But CO2 traps the heat and won’t let it leave. If the heat stays here, the earth gets hotter and hotter. Putting CO2 up there is like blowing up large numbers of atomic bombs above the earth.

We’ve gone from 270 particles per million of carbon dioxide in our atmosphere in 1750 to 415 ppm today because of the Industrial Revolution and our burning of fossil fuels for heat, power and transportation.

Scientists have been able to go back and history and tie the amount of carbon dioxide in the atmosphere to temperatures, and 415 ppm of carbon dioxide is associated with an earth that is tropical everywhere, including Antarctica, and in which there is no surface ice.

Now, we are not doomed to that fate yet. The oceans are a carbon sink and will absorb the 145 ppm of extra CO2 we put into the atmosphere if we let it. But even the world’s oceans can only absorb so much. If we go on putting, globally, 36 billion metric tons of CO2 up there every year for the next two decades, then we’ll exceed the ability of the oceans to take it in. And then, my friends, we will be well and truly screwed. Emissions were down about 8% in 2020 because of the Covid economic slowdown, but they are expected to bounce right back up in 2020. Remember an 8% drop from your usual excess isn’t that helpful because you still added 92% of last year’s extra emissions. So it is like putting on 4.6 pounds instead of putting on your usual extra 5 pounds a year when you’re trying to lose weight.