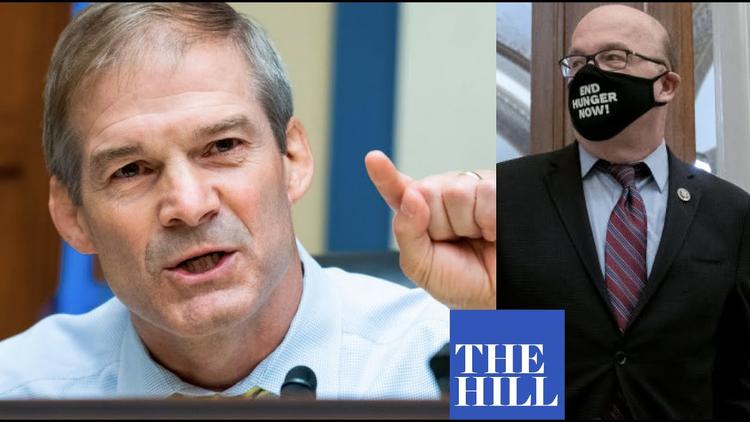 Ann Arbor (Informed Comment) – On Wednesday, 197 Republican congressmen refused to impeach him for encouraging thousands of hard Right thugs, some armed, to march on the Capitol and “fight like hell or you won’t have a country.” These same 197 congressmen were themselves menaced by the invading mobs, who chanted that they wanted to hang Mike Pence. They had to be whisked away to a safe room or to the basement of the Capitol. Yet they still stood with Trump.

Although 10 Republicans voted to impeach, and four decided that discretion was the better part of valor, the line held. Some 95% couldn’t let go of Trump.

Some of this profile in cowardice comes from their representing districts that voted overwhelmingly for Trump in November, and fear of being primaried and turned out of office in 2022. Most of them aren’t going to have anything to do for the next two years, anyway. They could just go back to being lawyers and could parlay their time in Congress into some sweet lobbying consultancies. So I don’t know why they would risk their immortal souls to vote dishonestly for a violent madman who plotted an overthrow of the legitimate US government.

But a more sinister negative motivation may be there. NBC reports, “Rep. Jason Crow (D-Colo.) says that in his conversations with his Republican colleagues last night “a couple of them broke down in tears … saying that they are afraid for their lives if they vote for this impeachment.”

So perhaps Speaker of the House Nancy Pelosi, instead of asking them to vote yay or nay on the impeachment should have asked them to blink twice if they have been made hostages and can’t vote freely.

Crow’s anecdote suggests that Trump has turned the Republican Party into a terrorist organization in which potential defectors are threatened with being terminated with extreme prejudice.

A subset of the 197 enablers, who just voted to say that it is all right with them if Trump sends militiamen into the midst of their deliberations from time to time, had actually voted against accepting the states’ certification of the election of Joe Biden and Kamala Harris, in one of the best-run elections the US has had. Some 140 joined Trump in trying to overturn the election results. That is 32% of the House of Representatives. If the Republicans had had a big majority on January 6, they might well have put Trump back in by legislative coup.

Many of them went around their districts lying to their constituents and telling them that Trump would win long after it was clear he had not, and then contesting the legitimacy of Biden’s election. That is, they joined Trump’s conspiracy to overturn the election by propaganda and dirty tricks. Many of them gave speeches to this effect on Wednesday again, in explanation of why they would vote against impeachment.

A subset of the 140 rejectionists actively recruited people for the “Stop the Steal” rally on 1/6 (the date of the Capitol insurrection).

A further subset may have been involved in planning the rally, and have strong links to the Far Right. Arizona Republican representatives Paul Gosar and Andy Briggs have been credited in a video with organizing the crowds in DC on the day of the insurrection.

Some may even be insurrectionists themselves. Gun nut and QAnon conspiracy theorist Lauren Boebert of Colorado tweeted out Nancy Pelosi’s location during the invasion of the Capitol, endangering the Speaker. Alexandria Ocasio-Cortez of Brooklyn says she declined to gather with people like that at the extraction point Capitol police set up lest they blow the whistle on her location, too. Boebert, by the way, did not give a tour of the Capitol for insurrectionists on January 5. She appears to be the victim of a wild conspiracy theory.

For a third of the House to try to overturn Biden’s election, and for half of Republicans to question its legitimacy is a very bad sign for America.

Let me tell you a story about that. In January, 2005, Iraq conducted an election under American occupation for a Constituent Assembly to draft a constitution and act as an interim parliament. The Shiites were united by Grand Ayatollah Sistani and the Kurds were united by their political class. The Sunni Arabs refused to participate in the election, which was held on a proportional basis. That meant that if the Sunni Arabs didn’t vote, they didn’t get representatives.

The Sunni Arabs got hardly any representatives. So the constitution was written in summer of 2005 by the Shiites and the Kurds and behind the scenes by the United States.

The draft was put to a referendum on October 15, 2005, and all three Sunni-majority governorates rejected it. It nevertheless passed.

So the country had a constitution and a government that a third of the country thought illegitimate. In 2013 ISIL began coming back from Syria to Sunni Arab cities and promising to liberate them from what it characterized as a Shiite government under Iran’s thumb.

Many Sunni Arabs threw in with ISIL, thinking they could handle the smallish terrorist organization. In June, 2014, Mosul mobs joined ISIL in chasing the Iraqi Army out of that city. ISIL went on to grab 40% of Iraq.

That’s the kind of thing that happens when a third of the country thinks the government is illegitimate.

That is the kind of thing that Gosar and Briggs and Boebert and Jordan are trying to do to the United States of America.

The Hill: “JUST IN: McGovern fires back at Jim Jordan’s “WHATABOUTISM” at impeachment hearing”