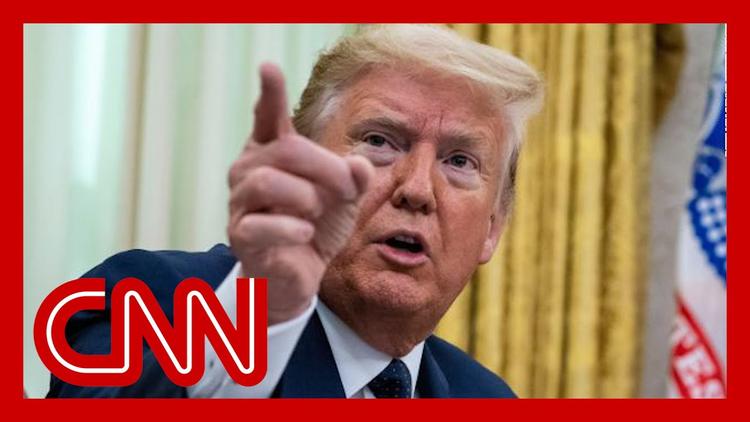 Chicago (Special to Informed Comment) – In his perfunctory farewell speech, released on Tuesday many months after he had churlishly quit on the American people in their greatest hour of need, Donald Trump claimed that he and his band of inept rapscallions had come to Washington to “restore the allegiance of this government to its citizens.” As should be abundantly clear to anyone capable of dispassionately evaluating evidence, they did nothing of the sort. They reupholstered the seat of white supremacists at the GOP’s political table, unleashed a terrible wave of mistrust, fear and violence and left their successors a country convulsed by multiple, simultaneous crises.

“We did what we came here to do,” the soon-to-be ex-president said to a nation ravaged by and reeling from a viral pandemic that he not only failed to properly manage, but actively exacerbated with his destructive denialism, selfish behavior and refusal to stand up an appropriate federal response. What has transpired over the past 12 months in this country will be widely regarded for generations as one of the foremost failures of public administration in modern history. He inherited an economy with 4.7% unemployment, and left office with that number two full points higher. The only people he really delivered for were investors, who somehow rode the worst tragedy to befall human civilization in a century to record-high stock prices.

Even before the coronavirus pandemic, Trump’s policy legacy was thin. If you want to be charitable, he has likely reoriented America’s relationship with an increasingly powerful China, away from mindlessly naive engagement and toward an approach more informed by national interests. Despite brave talk from Democrats at the time, some of the tax cuts in the Donor Enrichment Act of 2017 will likely prove difficult to unwind. A Biden administration looking to beat the odds in the 2022 midterms may not be eager to hike corporate taxes or craft new trade agreements.

Other ‘achievements’ are ephemeral and will be wiped away moments into the new administration like frost on a thawing windshield. Already on the first day of the Biden administration, the U.S. has rejoined the Paris Climate Agreement, ended the Trump administration’s gratuitous immigration cruelty, reversed the decline in environmental standards, lifted the un-American Muslim travel ban, and will likely soon cease the unconscionable persecution of trans Americans. Trumpists disloyal to America will be rooted out of the bureaucracy and armed forces. There may yet be real consequences for members of congress who aided or participated in the January 6th insurrection.

But by focusing on concrete outcomes, we’re already losing the real thread of his presidency. None of this is what Donald Trump and his friends really came to D.C. to do. The president himself was almost wholly detached from the policy-making process, repeatedly blowing up negotiations with Congress, tweeting and fuming constantly against enemies real and imagined, staying up late and rising early not to master the details of important issues or oversee the proper functioning of the executive branch but to addictively consume and complain about his own media coverage, to have heart-to-hearts with the cynical cable news hosts who comprised his informal advisory board and to issue threats against everyone and everything from the National Football League to Jimmy Fallon to the Academy Awards.

Trump embodied a widespread American attitude about the business of government, in the sense that he did not take any of it particularly seriously and regarded the whole enterprise with disdain. Being the president was not about achieving a set of tangible policy goals, but about serving the interests of the Trump family and brand by aligning it with a certain strain of reactionary conservatism. In the end, Americans elected not a chief executive but an aggressively malevolent social media influencer, whose only joy from the sacred job with which he was entrusted came from the dopamine released every time he pressed send on one of his instantly viral tweets or spewed forth a flood of gibberish during his deranged public musings in front of whirring helicopters and adoring crowds of loudly radicalized acolytes.

This dour, joyless grifter spent most of his time in office using that social media influence to prosecute a relentless, 24-7 culture war. The guiding purpose of his kulturkampf was, at heart, to convince white, Christian Americans that a rapidly diversifying and changing country still belonged to them and to them alone, and to ostracize, alienate, isolate and demoralize everyone else. The worse you felt when you woke up and laid your weary eyes on one of his 5 a.m. indecencies, the better. Trumpism could only ever triumph over a shocked and exhausted populace.

I felt alienated during the second Bush administration, but I never before felt like the president hated people like me personally. It was, indeed, exhausting. More than anything, Trump loathes cities, and the people who live there and the things they believe and want and eat and drink and watch and the ways that they love and the things they do for a living and the shape of their hearts. He hates their social rituals, and he hates their sports and their diversity. He hates their restaurants. He hates that the feeling is mutual, that in these places he is an object of contempt and ridicule. He ­­has never really been loved in a non-transactional way, and he has never felt it either. ­­When he descended that elevator in 2015, he did so with a great, yawning emptiness in his soul that needed to be filled with something.

That’s why the crowds at his rallies gave him life. The city people he had courted fruitlessly all of his adult life – celebrities and bon vivants and TV executives and rich liberals, mostly regarded him as an unpredictable buffoon. How magnificent it must have been for him to discover that his true followers would be the ones he spent his whole life ripping off and looking down on, the kind of people he wouldn’t have been caught dead with prior to 2016. Not out-of-work factory workers, but small-town dentists and exurban car dealers and grasping real estate agents, people who were prosperous yet felt detached from the broader cultural shifts enveloping the country. The yacht people in his unseemly boat parades. The ex-military zealots who stormed the Capitol. Imagine having such an effortless hold over so many millions, for nothing more than saying out loud what most of them once thought must be confined only to their interior monologues.

Yet despite the frothy economy he oversaw prior to 2020, he could never broaden his appeal much beyond this core constituency. A compendium of Trump’s political flaws could fill a phone book. But the problem that linked all of the others together was that he was clearly taught by a lifetime of unearned success and privilege that being abusive is a perfectly effective strategy for getting what you want from people. That works fine, I guess, when you’re a volatile real estate showman surrounded by bottom-feeders and sociopaths and all you need is for someone to steal money for you, or to steal money from them. It was a great reality TV persona. It was much less of a workable strategy in terms of transforming the 46.1% of the vote he earned in the 2016 presidential election into even a momentary political majority.

It turns out that most people do not enjoy being sadistically tormented by the President of the United States. It does not move them. It does not open their hearts. It inspires instead an almost living, breathing fear and loathing for the tormentor and everyone who works with and for him. Trump gambled that the ever-adaptable human spirit would get used to this climate of never-ending provocations, but we never quite did. For all the talk of ‘normalization,’ a majority of Americans correctly regarded him as a disruptive nuisance until the bitter end. Worse, for both Trump and the Republican Party, his very unwelcome presence in the lives of the American people inspired a political mobilization that continues today and has now seized both Congress and the presidency from his wet hands.

I doubt that Trump was animated by a desire to dismantle America’s democratic institutions and guardrails as such, or to turn so many people into violent, conspiracy-wracked radicals. It’s just where the brand management strategy ultimately took him, especially when it became clear that the forward momentum of his political movement had stalled out in 2018. Unsurprisingly for a man with dozens of sexual assault allegations, what he could not get from the American people willingly, he decided to take with brute force. If he couldn’t hold onto the United States, he would take it down with him and destroy it, or at least the idea of it that most people held in their hearts.

Over the past two months, his lunatic ramblings and incitement of violence and sedition resulted in the almost unimaginable looting of the U.S. Capitol by riled-up, heavily armed dittoheads who wandered over directly from a Trump rally at the express request of the president himself. He has turned millions of rank-and-file Republicans against electoral democracy and poisoned their minds with what really should be laughable conspiracy theories and easily disprovable lies. His movement has so cowed the leadership of the Republican Party that its congressional delegation is now headlined by genuinely dangerous maniacs like Rep. Marjorie Taylor Greene and Sen. Josh Hawley, people who make up for what they lack in Trumpian star power with an affirmative desire to wipe American democracy from the face of the Earth and a much better sense of how to do it. It is no coincidence that Trump’s final downfall – the cratering of his popularity, his second impeachment, the way he appears and in fact really is diminished – coincided with losing his one-way bullhorn on Twitter.

In the underappreciated social media satire Ingrid Goes West, Elizabeth Olsen’s online influencer, Taylor Sloane, asks a gas station attendant to snap a picture for her Instagram account. She wants a particular angle. “If you got lower, that would be better,” she says to him.

“You mean, on the floor?” he asks incredulously.

The most hopeful thing I can say about the sordid denouement of this embarrassing and unpleasant period in American history is that at least some subset of Trump’s supporters may now finally realize who, in Trump’s equation, has been the gas station attendant and who has been the star asking you to roll around in the filth for them.