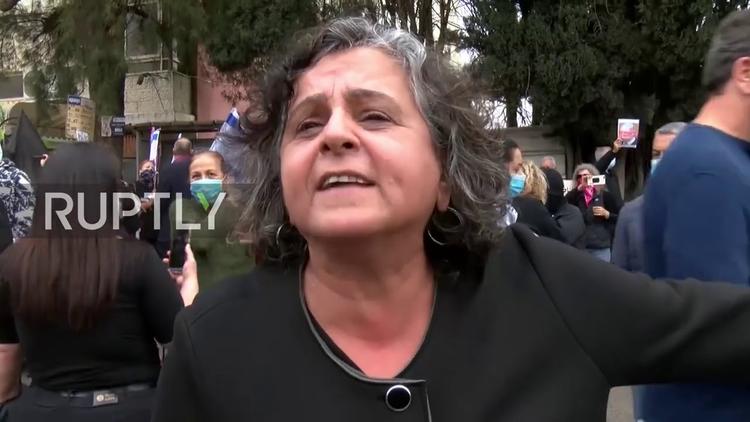 ( Middle East Monitor) – Arab MKs (members of the Knesset — parliament) in Israel from the various parties that make up the Joint List bloc agree that the recent visits by Israeli Prime Minister Benjamin Netanyahu to the Arab cities of At-Tira, Umm Al-Fahm and Nazareth are intended to deal a blow to the political and social unity of the Arab Israeli community, in exchange for temptations he is placing before citizens.

Quite simply, he is after their votes in order to boost his electoral position in the face of intense competition from his rivals who want to bring him down. The Arab MKs know that Netanyahu’s goal is to dismantle the Joint List and create inter-Arab rivalry that will reduce their representation in the Knesset, which may help him to stay in power.

This is at a time when it is still unclear whether the prime minister’s electoral strategy focused on the Arab community will push the member parties of the Joint List to stick together and tackle earlier mistakes through internal reviews. This could get the bloc back on course and regain the confidence of the Arab voters.

In previous elections, Netanyahu intensified his anti-Arab rhetoric. He and his opponents realised that the September General Election last year could have been decided by Arab votes; they do, after all, represent 20 per cent of the population in Israel. That is why the Likud leader made the Arabs a focal point in his election campaign and tried to reduce their turnout on polling day.

It seems that Netanyahu has done with deceiving Jewish voters, and is now turning to the Arabs for their votes. In an interview with Arab48, the head of the Joint List, Ayman Odeh MK, said: “Netanyahu is not only a racist, but he is also a liar. He has been in authority for 30 years as head of the opposition, then the Finance Ministry, and then prime minister. Neither he nor the Likud just started working in politics today.” He then pointed out: “[Netanyahu is] the man of the Nation State Law, the deal of the century, and the policy of demolishing Arab homes. During his term, violence and crime in Arab society have reached an unprecedented level. He failed to dismantle criminal organisations and put an end to crime, and he must be the first to bear responsibility for all these issues.”

Analysts suggest that Netanyahu’s real goal is to create confusion in the Arab community in order to destroy the Joint List and fragment the Palestinian people in the occupied territories. He is also launching a disinformation campaign to increase frustration, which may lead to a drop in voting rates in the Arab community. If he can pick up some Arab votes along the way, he will be happy.

We can respond to these attempts by strengthening the unity of the Palestinian ranks in the occupied territories and committing to a political programme that serves the interests of all Palestinians. We can also increase the number of Arab MKs through a bloc that reinforces the Palestinian national identity and culture and thwarts all Israeli attempts to erase the identity of the Palestinian Arabs in Israeli society. This requires everyone to realise the danger of Netanyahu’s plan. Unity amongst Palestinians is a deterrent against any attempts to diminish our national rights.

I call on the Palestinian masses and all political forces to unite and stick to their political programme. This is the best response to the attempts by Netanyahu and others to destroy the Arab voice and vote.

Translated from Addustour, 19 January 2021, and edited for MEMO.

Unless otherwise stated in the article above, this work by Middle East Monitor is licensed under a Creative Commons Attribution-NonCommercial-ShareAlike 4.0 International License. I