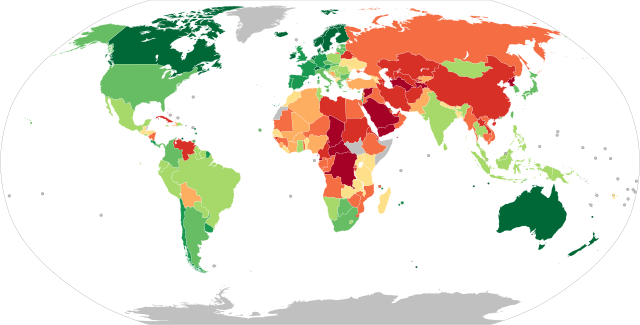 Because of the events of the last weeks, months and years, should “democracy promotion” be permanently removed from the U.S. foreign policy lexicon?

( Foreign Policy in Focus) – On Inauguration Day 2021, the nation’s capital looks like it has just experienced a coup, not successfully survived one.

Streets are blocked off, barricades are up, and armed police and National Guard are everywhere. The inauguration itself is taking place in front of a deliberately minimal crowd, as if the authorities are somehow pulling off an inside job.

These precautions are eminently sensible, given the threat of right-wing violence. And the last thing the new administration wants on its first day of office is to hold a very visible super-spreader event in the nation’s capital.

But it’s not a good look for American democracy when the peaceful handover of power has the appearance of a banana republic installing a tinpot dictator—or resembles the America of 1861, for that matter, when a huge security presence at Abraham Lincoln’s inauguration presaged the outbreak of civil war.

The brain turns the images it receives from the eyes upside down so that we can ultimately perceive the world right side up. Our brains must now perform the task when looking at the inauguration of Joe Biden and Kamala Harris.

Washington, DC might look like a city besieged, but this day is in fact the culmination of a vigorous and successful defense of democracy. Voters have removed an autocrat from office by way of an election. The courts and state officials have prevented his attempt to perpetrate electoral fraud. Those who broke into the Capitol on January 6 are belatedly being subjected to the rule of law. And the dictator wannabe is slinking out of town with the smallest and least triumphant farewell parties imaginable.

Not only did a coup not happen on January 6 to keep Trump in power but a coup wasn’t necessary to remove Trump from power. Two cheers for democracy!

The Biden administration has promised to repair the political damage that Trump has caused. The proposals on the domestic side, such as undoing some of the Republican Party’s voter suppression efforts, are no-brainers from a progressive standpoint. But the foreign-policy recommendations around democracy promotion are not so contention-free. A promise to bring together a global Summit of Democracies, for instance, has met with considerable skepticism.

The events of January 6 have prompted many observers, in the United States and abroad, to declare an end to U.S. pretensions to democracy promotion. As Emma Ashford writes in Foreign Policy:

How can anyone expect—as Joe Biden’s campaign promised—to “restore responsible American leadership on the world stage” if Americans cannot even govern themselves at home? How can the United States spread democracy or act as an example for others if it barely has a functioning democracy at home? Washington’s foreign-policy elites remain committed to the preservation of a three-decade foreign policy aimed at reshaping the world in America’s image. They are far too blasé about what that image has become in 2020.

There is no question that American democracy has been tarnished – not only by the events of January 6 but by the entire four years of the Trump administration. As I wrote right after the 2020 election, “The democracy that Donald Trump dropped on the floor suffered a great deal from the experience. It’s going to take more than an election to put it right.”

Of course, U.S. democracy has always been a cracked vessel, from the limitations on the franchise that accompanied the country’s birth and the near-constant eruptions of mob violence to the deformations of executive power by practically every president.

So, when Roger Cohen writes in The New York Times that the “images of the overrun Capitol will be there, for those who want to use them, to make the point that America would be best advised to avoid giving lessons in the exercise of freedom,” the natural retort would be: there have always been such images.

From its inception, the United States has continually needed to put its own house in order. When it comes to democracy, America has always been a work in progress. Actually, over the last four years, it was a work in regress, but the point still holds. Democracy in America is not perfect.

But does that mean that America’s recent slide away from democracy has disqualified it from engaging in democracy promotion?

Countries are always promoting something. The French want you to buy their wines. Russia hawks its oil and natural gas. South Korea lobbies on behalf of its boy bands, Saudi Arabia its Wahhabist version of Islam, India its Bollywood movies, Israel its security forces, and so on.

Democracy might seem like just another export. And, indeed, some American promoters treat their work as if it were an extension of the U.S. brand. They are promoting not democracy in general but American-style democracy. Consultants in Europe, for instance, have evangelized about increasing the role of private fundraising in elections, an American innovation that hitherto has not been so prominent on the continent. In other cases, the promotion of democracy has been just a cover for the projection of U.S. power and influence, as in Iraq after the 2003 invasion or Ukraine after the Maidan revolution of 2014.

In other words, “democracy promotion” either boils down to the promotion of the U.S. version of democracy or the promotion of U.S. interests, actual democracy be damned. Either way, the phrase and the program have acquired a poor reputation, particularly in their linkage to the political agenda of neoconservatives throughout the Reagan years and again under George W. Bush in the 2000s.

As with the support of other exports like soybeans and soda pop, there’s a lot of money in democracy promotion. USAID, for instance, has a budget of a couple billion dollars for “democracy, human rights, and governance,” which includes Elections and Political Processes, the Human Rights Grants Program, the Global Labor Program, the Disability Rights and Inclusive Development Program, and so on. Various foundations and civil society organizations also put a lot of money into the global promotion of democracy and human rights.

All of this has been put at acute risk by what Trump and his followers have unleashed upon the United States, much as a sour batch of wine can send an entire wine industry down the drain.

“Repairing the substantial damage to U.S. image in the world and regaining credibility on democracy issues will be tough and take a long time, even under the best scenario,” observes Michael Shifter, president of the Inter-American Dialogue, a Washington-based study group, told the Los Angeles Times. “The problem is not so much Trump himself, but rather his enablers and those who have remained silent and been complicit in his patently antidemocratic rhetoric and behavior.”

And the United States should do that even though its own record on labor rights is inconsistent at best. Sometimes U.S. failings are connected to a lack of enforcement of rules on the books. Sometimes the rules on the books are lousy. And sometimes, as was the case in particular during the Trump years, administrations have gone out of their way to depress wages, ignore or actively worsen miserable working conditions, and otherwise engage in a veritable war on labor.

But none of that means that progressives should urge the incoming Biden administration to keep quiet about labor rights abuses overseas until it compiles a perfect record at home. Foreign and domestic policy ideally should go hand in hand. In this way, the United States can demonstrate how to repair an imperfect labor record even as it urges other countries to do the same.

The way out of the apparent contradiction between what the United States says for export and what it does domestically is relatively simple. Don’t do as we say; do as the world says. Focus, in other words, on international standards. All countries, including the United States, should adhere to these standards on labor, women’s rights, LGBTQ rights, environmental regulations, and the like.

So, does democracy fall into the same category as these other planks in the progressive platform?

To the extent that democracy consists of protections for human rights and political rights such as freedom of speech and a free media, progressives can comfortably insist that all countries, including the United States, adhere to international standards. Let’s call this embrace of the component parts of democracy the “Let a thousand trees bloom” approach, with each tree a different human right.

The challenge comes with the “Let’s plant a forest” approach. Democracy as a category can be tricky because of widely varying definitions of what the forest is exactly. Viktor Orbán insists that Hungary is a democracy, albeit an illiberal one, and so far the European Union reluctantly agrees. Brussels might grumble about certain Hungarian actions, but it hasn’t expelled the country from the EU. Plenty of Hungarian activists, however, argue that Orbán has undermined the country’s democratic institutions by compromising the independence of the judiciary and the freedom of the media, to name just two violations. So, does Hungary qualify to participate in Biden’s planned Summit of Democracies?

Although there might be an international consensus around certain aspects of democracy, as enshrined in various UN human rights conventions, there is no such agreement over democracy as a whole. Plenty of non-democratic countries have signed UN human rights agreements, for instance, but they would never presume to be invited to a Summit of Democracies.

It’s not so much that we can’t see the forest for the trees. Many progressives have reservations about the forest and prefer to focus on the trees.

One of those reservations concerns regime change. Neoconservatives, in particular, used “democracy promotion” as a cover for pursuing the collapse of governments they didn’t like. In the case of North Korea, for instance, they viewed U.S. pressure on Pyongyang as necessary to eliminate not simply the country’s nuclear weapons but its entire political system.

Such a version of democracy promotion should be off the table. It is up to the people of a country to determine their own political future. And they should be protected in their efforts to do so by international pressure to ensure that the country abides by global human rights standards.

Over the next four years, let’s by all means work to protect all of those fragile trees at home and abroad. But let’s also take some time to define what we mean by the forest, and let’s make sure to include #BlackLivesMatter, Extinction Rebellion, the Occupy struggles, and all the other powerful examples of grassroots democracy. The trees, after all, are part of a larger ecosystem, and they can’t prosper if the overall environment deteriorates.

Once we have defined what we mean by democracy, American progressives should absolutely support its promotion—even as we work to improve our own political ecosystem. After all, at some point in the future, we may need to call upon the international community to help us save our democracy as well.