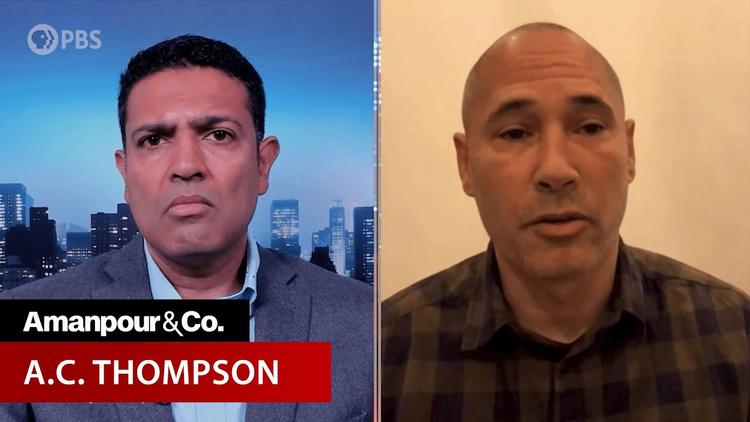 As the impeachment trial of former President Donald Trump approaches, federal officials are investigating threats to attack or kill members of Congress. This comes in the wake of the Capitol riot, when a mob stormed the building where members of the House and Senate were preparing to certify the presidential election. Some rioters reportedly threatened the lives of elected officials in both parties.

When the House took up impeachment proceedings, Republican members of the U.S. House of Representatives reportedly felt afraid to vote to impeach Trump – even fearing for their lives. A video also captured a group accosting Republican Lindsey Graham, a U.S. senator from South Carolina, screaming that he was a “traitor” after he declared that Joe Biden had been lawfully elected president.

These threats do not simply reflect increased levels of anger and depravity among individual Americans. Rather, they appear to be evidence of a more systemic use of fear and intimidation in U.S. politics, seeking to force fealty from Republicans and reinforce the authoritarian turn that defined Donald Trump’s leadership.

Engagement in public life in the U.S. has always carried risk, with public officials of both parties, journalists and even movie stars often the target of death threats and intimidation.

With the advent of social media and the Trump presidency, however, the risks for public officials have grown substantially. As a professor of human rights and a practitioner of democracy-building and the rule of law, this trend symbolizes the depth of deterioration of democracy in the U.S.

Before the insurrection, experts tracked current trends as part of a broader cycle of political violence in the U.S. that one analysis said “has occurred approximately every fifty years for the past two centuries.”

Even with a transfer of power, the question remains whether America will finally break this cycle or whether Trump has just planted the seeds for the next time.

Over the past few years, scholars and experts have warned that the U.S. is at risk of widespread political violence and democratic instability.

They identify four interconnected factors that make a society vulnerable to violence that aims to affect political systems and decision-making:

All of these are happening in the U.S. in significant measure.

Before the November 2020 election, a group of scholars called attention to the fact that a large number of Americans said they would accept violence to advance their parties’ political goals. By the end of 2020, experts were raising the alarm that the country was spinning toward political violence.

Radicalization of the right

Trump’s claims of massive election fraud, intimidation of opponents and his own party members, attacks on free media and support for right-wing groups generated an extremist Make America Great Again movement. Observing a toxic mix of the president’s fabrications, the right-wing media ecosystem, conspiracy theories and increased isolation and insecurity due to COVID-19, former national security officials in late 2020 noted signs of “mass radicalization” in the U.S.

This sequence of events fits with research showing how hate and radicalization progress toward extreme beliefs and behaviors, including participation in collective violence.

Humans identify in groups and prioritize their own group. If there’s a threat of or competition between groups, some leaders will encourage followers to hate and dehumanize the other group – usually by painting their own group as a victim – and even to engage in violence or intimidation as self-defense. Group members who act in response, in turn, feel they’re contributing to their group’s survival.

Trump altered the norms of acceptable rhetoric and behavior within the Republican Party. He increased the tolerance for intimidation, hate and bullying, and demonized the Democratic Party and social justice movements, like Black Lives Matter, as unpatriotic dangers to America.

Before the 2020 election, evidence showed that the Republican Party had fewer democratic traits than almost all governing parties in the world’s democracies and “its rhetoric was closer to authoritarian parties, such as AKP in Turkey and Fidesz in Hungary.” These parties seek to build power by undermining democratic institutions, such as fair elections, independent judiciaries and media, and by using threatening rhetoric and being disrespectful of opponents.

Trump also legitimized preexisting extremist groups that use violence and intimidation. The mob that stormed the Capitol consisted of a range of groups and individuals with diverse ideologies – including the ultra-nationalist Proud Boys, white supremacists, anti-government and pro-gun militias such as the Oath Keepers and Three Percenters, QAnon conspiracy followers, and common Trump supporters and Republican officials.

They all came together as elements of Trump’s “Stop the Steal” effort to overturn the election of the actual winner, Joe Biden. The unifying narrative for them was the false idea that American democracy is under attack by Democrats and traitors, and that violence could be justified as part of patriotic self-defense.

What happens to moderation?

The Republican Party – with a few notable exceptions – embraced Donald Trump’s post-election rhetoric and the massive lie about election fraud. This is as a result of Trump’s control throughout the party, from its general members up through party leadership and affiliated media outlets – who felt obligated to support Trump no matter what he said or did.

Even though many Republicans have denounced the use of violence on Jan. 6, most officials continue to validate their voters’ concerns about election integrity, which are rooted in the “Stop the Steal” effort. Republican Party members defend their actions by claiming they are legitimate efforts to protect democracy.

As extremism rises, moderates who are willing to challenge the group’s direction are the first to be intimidated or silenced. Party leaders who have now called out the “Stop the Steal” lie and voted for impeachment are facing repercussions.

Though Senate Republican Minority Leader Mitch McConnell has repudiated the “Stop the Steal” lie, early indications are that the Republican Party overall remains entrenched in the defense of Trump and partisan rhetoric at any cost. Nearly 9 out of 10 Republicans approved of Trump’s job performance even after the Capitol attack.

The climate in government continues to be fearful. Death threats against public officials of both parties are part of the justification for and opposition by Republicans to weapons checks required before entering the House floor.

Research shows that political violence can reinforce a group’s existence, solidify members’ interconnections and beget more violence. Even if Trump remains out of power and off Twitter, the events leading up and including Jan. 6 may reinforce his supporters’ feelings of affiliation to a highly distorted narrative of patriotism within the Republican Party, and could deepen polarization and elite factionalism. This adds to the difficulty of reversing the party’s autocratic turn.

The aim of authoritarian parties is control or cooptation of law enforcement and the military, which are often seen as the last line of defense of democracy. This is why the potential that significant levels of sympathy, affiliation or even complicity with the MAGA movement exists within American police and the armed forces is so disturbing.

As a new president takes office, the resilience of U.S. democracy is on display. President Biden has already declared his intention to combat domestic extremism and radicalization. Even though Democrats are now in power, what happens next with the Republican Party, and its financial backers and supporters, will remake or break America’s democracy.