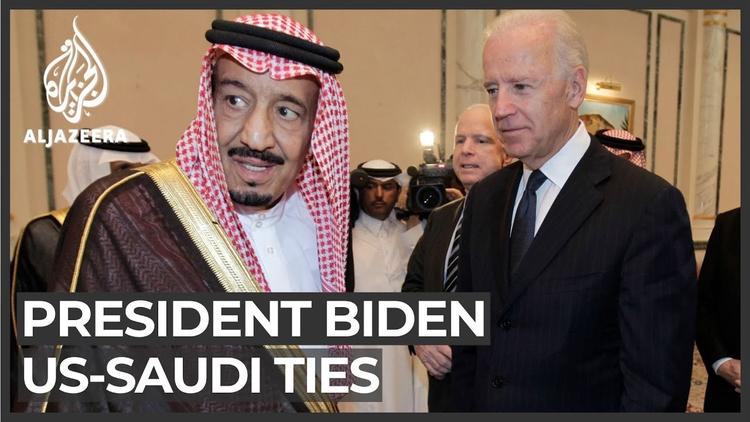 Ann Arbor (Informed Comment) – BBC Arabic reports that Saudi Twitter has gone wild with responses to the apparent sidelining by President Biden of Saudi crown prince Mohammed Bin Salman, with many Saudis considering it a humiliation.

White House spokesperson Jen Psaki said this week that Biden wishes to “recalibrate” the U.S. relationship with Saudi Arabia, and that Biden would only be communicating with his fellow head of state, King Salman, not with the crown prince, Bin Salman.

In the Trump years, Bin Salman was given a hero’s welcome in Washington, D.C., in New York, and in Hollywood. Trump supported Bin Salman’s ruinous war in Yemen to the hilt, over Congressional opposition. He blessed the attempt by Bin Salman and the United Arab Emirates’ Mohammad Bin Zayed to crush little Qatar. And when the CIA concluded that Bin Salman ordered the assassination of Washington Post columnist Jamal Khashoggi, Trump and his coterie made the story go away by refusing to talk about it and by covering up the CIA report.

Biden has ordered the CIA assessment of the Khashoggi murder to be declassified, putting a media target on Bin Salman.

He has also withdrawn the US from any role in the Yemen war, delisted the Houthis from the terrorism watch list, and frozen arms sales to Saudi Arabia.

To boot, Biden is seeking to re-institute the 2015 Iran nuclear deal, which Saudi Arabia absolutely hated. Biden is signalling that he will brook no interference on this policy from Riyadh.

Stephanie Kirchgaessner at the Guardian reports that some analysts wonder if Biden is attempting to strong arm King Salman into changing the line of succession and deep-sixing his own son as crown prince.

It may not seem very likely that King Salman will demote his own son for Biden. It has to be recognized, however, that Saudi Arabia deeply values the security umbrella that the United States provides it, since it is a small country only about as populous as Taiwan if you count citizens, and maybe as populous as Nepal if you count guest workers. It is also rich as Croesus because of its underground lakes of petroleum, and it is in a bad neighborhood where, oops, invasions and the overthrowing of the ruler are known to happen.

Some of the Saudi Tweets suggested that Biden’s moves might push Riyadh to try to get closer instead to China and Russia. I view that development as unlikely. The Saudi elite finds it difficult to trust a Communist government that favors workers, though they do appreciate China’s support for authoritarian forms of government. Whereas the United States has proven it would defend the Gulf oil monarchies, as when George H.W. Bush in 1991 kicked Iraq’s Saddam Hussein right back out of Kuwait after the latter invaded it, Russia has done no such thing. Moreover, Russia is for the moment at least allied with Iran in Syria, whereas the Saudis abhor Iran and would have preferred that the Bashar al-Assad government in Damascus be overthrown.

I suspect that Biden and his foreign policy team, Jake Sullivan at the National Security Council and Antony Blinken at the State Department, would very much like to see King Salman choose someone else for crown prince. But I don’t think they would be so interventionist as to engineer a change in the Saudi royal succession. They would not want to risk massive turbulence in the global oil markets of the sort that might ensue if a US power play in Riyadh went sour. And it is not my estimation that King Salman will abandon his favorite son.

The upshot is that under Biden, US-Saudi relations are going to be turbulent. But it may not matter so much in the medium term. By 2030 Europe hopes that the only new cars being sold will be electric, and Biden’s plans are only a little less ambitious. Saudi petroleum may spiral on down to worthlessness within a decade and a half. If Riyadh retains importance, it will be as a Switzerland type finance center or perhaps a technology hub if they invest well. It will no longer be an indispensable Gulf ally.

The US-Saudi relationship was cemented in 1945 after WW II. Biden may be taking a step away from it, 75 years later.