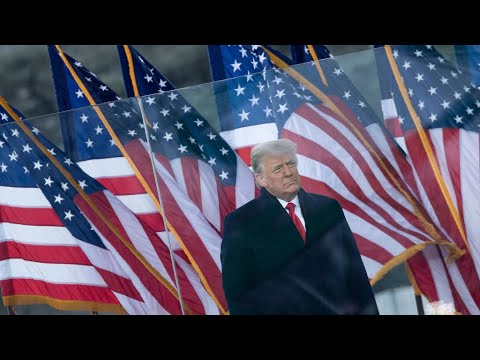 On the fourth day of the impeachment trial, the Senate verdict is in. Voting guilty: 57 senators (representing nearly 70% of the country or 202 million people, and the majority public opinion on the issue of conviction). Voting not guilty: 43 Senators. In American maths, that is an acquittal, falling short of the two-thirds majority needed to convict.

Moments after the vote, Senate Republican Leader Mitch McConnell called Trump’s actions before the attack “a disgraceful dereliction of duty” and confirmed the former president was “practically and morally” responsible for provoking the events on January 6 whereby “criminals were carrying his banners” lay siege to the Capitol.

Seven of McConnell’s Republican colleagues agreed, voting guilty. McConnell himself voted to acquit, arguing the Senate could not vote to convict because Trump had already left office – timing that was of McConnell’s own orchestration, as the president was impeached on January 13 while in office.

The results seem a foregone conclusion, all the more so when the “jurists” skipped parts of the trial, and met with the defendant.

However, the case and evidence is important for posterity, as well as ongoing investigations. Impeached in the House of Representatives on charges of “inciting an insurrection”, the trial focused on how Trump’s actions while commander-in-chief led to predictable violence at the Capitol.

The facts of the day were not in dispute. Mobile phone data tracked hundreds of people moving from Trump’s rally, where he repeated false allegations of electoral fraud, to the legislative seat of government.

Once there, the mob discarded a US flag to install a Trump flag, constructed gallows, and spent the next several hours using poles and pipes to batter Capitol police officers to gain access to Congressional chambers.

Once inside, insurrectionists in tactical gear and carrying zip cuffs hunted lawmakers by name, chanted “hang Mike Pence”, and looted, robbed and defecated in congressional offices.

As rioters read Trump tweets aloud, the world bore witness through livestreams of the insurrection. In the end, more than 140 Capitol police were injured, with one losing an eye and two eventually losing their lives.

It was the predictable end to a steady stream of provocations, including Trump’s threats to election officials and culminating in his summoning supporters to Washington DC to stop the peaceful transfer of power. Describing the attack as an example of “stochastic terrorism” a specialist in political rhetoric, Jennifer Merceia, explained the incitement charge, in this way:

[…] you can’t predict who exactly will respond, but you can predict with certainty that someone will respond. And so you saw people sending pipe bombs to the media, saying that Trump told them to do it. You saw people over the last few weeks invading the Capitol and then later saying, I’m here because my president told me to be.

During the trial, senators heard how this constituted a pattern of behaviour: that Trump had revelled in acts of political violence in campaign rallies, promising to cover the legal costs of those arrested, escalating the demonisation of opponents even as Republican colleagues warned of harm.

In 2020, Trump practised directing his supporters to state legislatures to intimidate lawmakers. Tweeting to “liberate” states from COVID-19 lockdowns, supporters responded by storming state legislatures buildings carrying Nazi slogans, harassing lawmakers and stalking public health officials (several resigned). The FBI would later arrest several for plotting to kidnap, try and execute the Democratic governor of Michigan who had been the target of Trump’s rhetoric. His appointees, advisors, and former campaign manager echoed his message. Steve Bannon, whom Trump had just pardoned for fraud, discussed the imagined beheadings of bureaucrats, calling for “their heads on pikes” saying “that’s how you win the revolution”.

On the last day of the trial, the Senate voted 55-45 to accept witnesses, though none were heard. Several Senators had requested information on what actions Trump took to stop the violence.

However, Republicans threatened to block any efforts of the Biden administration to confirm nominations or pandemic relief should the trial continue. As Republican Senator Joni Ernst said:

After closed-door negotiations, the lawyers agreed to submit a single witness’s written testimony into the record. It was that of Republican Congresswoman Jaime Herrera Beutler of Washington, who overheard a heated phone call between House Minority Leader Kevin McCarthy and former President Donald Trump, in which the president declined to intervene to stop the violence.

In voting to convict, Republican Mitt Romney would use this written testimony to assert

President Trump also violated his oath of office by failing to protect the Capitol, the Vice President, and others in the Capitol.

Why would senators side with a former president who potentially endangered their lives?

Explanations have centred on political and personal self-preservation. Only one Republican senator voted for conviction who is up for re-election in 2022 (several others are retiring).

In the end, Republicans could not convict Trump without implicating themselves. Several Republicans spoke at Trump’s rally, baselessly claimed Trump won the election, and even live-tweeted the location of Congressional leaders being pursued by the mob. Even after the Capitol attacks, 147 Republican Congress members voted not to recognise certified election results.

It is a dangerous precedent if the top magistrate is free to incite violence to stop the recognition of lawful election results, or ignore them completely. The consequences are already apparent in state legislatures. In Pennsylvania – the Republican legislature, repeating baseless claims of election fraud, refused to seat a duly elected Democratic member. In Michigan, the Senate Majority leader Republican Mike Shirkey called the insurrection “staged”, while Republican state parties have moved to censure Congress members who voted for impeachment or conviction.

Other Republican state legislatures have responded to overwhelming 2020 voter turnout by stripping voting rights from their constituents, introducing 100 voter suppression bills in 28 states ahead of the 2022 midterms. Meanwhile Trump still has not conceded, thus the rationale for violence continues.

Trump remains under investigation. Georgia has launched a criminal probe in the wake of the recorded call in which Trump orders election officials to “find 11,000 votes” for him. A commission into the January 6 insurrection also looks likely.

However, short of invocation of the 14th amendment, Trump remains free to run for office again. The world will watch these development just as it watched the Capitol attacks.

Allies could be forgiven for wondering how the US can come to their aid when it declines to protect its own seat of government. The work of President Joe Biden to repair US standing on the world stage just became a little tougher.

France 24 English: “After Senate acquittal, what comes next for Trump, the Republicans and the United States?”