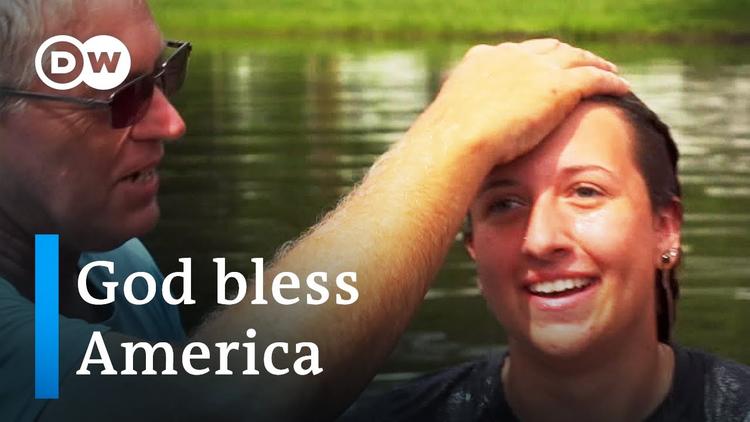 Washington, D.C. (Special to Informed Comment) – In the last four years, disinformation propagated by Republican political elites including, most outrageously, Donald Trump, has threatened our democratic republic no less than the pandemic has threatened our lives and devastated our economy. Evangelical leaders including Franklin Graham, Tony Perkins, Jerry Falwell Jr., Robert Jeffress, and Paula White-Cain aided and abetted them by providing Trump a façade of religious legitimacy and by characterizing every effort to hold him accountable for his grave abuses of power as stemming from cynical intentions. Their myopic and self-righteous fixation on sexual control and, in White-Cain’s case, more pecuniary motives, led them to turn a blind eye to the brazen corruption of their champion in the White House and his loyalists in Congress.

Some, such as Jeffress, acknowledged the results of the 2020 election earlier on and condemned the insurrection but shrunk from properly attributing blame for it to Trump and his loyalists. Graham and Perkins finally, begrudgingly, accepted President Biden’s victory after former Vice President Mike Pence met his constitutional obligation to tally the certified results of the Electoral College vote despite Trump’s efforts to effect a coup via insurrection.

This high crime against our political system came very close to culminating in the assassination of Pence and numerous members of Congress. It was an act of state terror perpetrated by a man who’d clearly and consistently communicated his willingness to indulge in such violence for the last four plus years; who had tellingly announced that he would designate leftist radicals as terrorists while refraining from any action against their more violent right-wing counterparts.

These Evangelical leaders responded to this intolerable act of aggression with silence or denial. Graham went so far as to criticize those Republican members of Congress who had the basic courage and integrity to fulfill their oath to support and defend the Constitution against all enemies, foreign and domestic, as being divisive.

Perkins complained that the seditionist Senator Josh Hawley’s publisher dropped his book. Contrary to Perkins’ and Hawley’s views, their decision wasn’t an alarming act of censorship or “wokeness”, it was an act of patriotism. Hawley deserves to be politically exiled and respected private publishers have no obligation to damage their reputations by indulging him.

The hypocritically selective moralizing of these religious leaders is absolutely unacceptable and Americans should not tolerate it, their pious pretensions notwithstanding. Their willful disregard for the facts and distorted perception of the Democratic Party as somehow untrustworthy because of its liberal values, combined with their seemingly unshakeable belief in their own camp’s righteousness, are appalling.

The moral injury they’ve inflicted on Americans should give them cause for deep introspection and repentance. They allowed themselves to be thoroughly manipulated by an archetypal anti-Christ—a foreboding indication of their dubious ability to detect the anticipated deceptions and aggressions of a more cunning and formidable one.

The world in reality is not so clearly divided between “good and evil”. Trump claimed to care for the lives of the unborn because he knew his political viability depended on the sustained support of Evangelicals, who have irrationally made this issue, along with rolling back LGBTQ rights, their top priorities. Trump’s general disdain for human life should have been apparent, however, considering his efforts to accelerate the destabilization of our planet’s climate, his nihilistic response to the pandemic, and his exploitation of the downtrodden. Far too many of the most strident ostensible defenders of the “sanctity of life” within the Evangelical community have demonstrated that they care far more about the lives of the unborn than those who are already born into this world and struggling to survive within it.

It’s time for these religious leaders to do some deep soul-searching and to sift through the counterintelligence and criminal investigations into Trump and his loyalists with their own eyes. Government officials who were responsible for these investigations need to engage with them.

Evangelicals need to learn the painful lesson that just because a “shepherd” speaks “the Word” with great charisma and appears to be pious does not necessarily mean they are speaking with integrity or with an accurate understanding of the complex, sordid political intrigue happening around them. Whether acting based on naïveté, cynicism, or flawed utilitarian moral calculations, religious leaders can and do make terribly wrong judgments, however purportedly close their connection to God.

Americans broadly need to learn how to exercise clearer discernment by developing our analytical abilities—a fundamental civic responsibility—as we navigate our way through an increasingly murky fog of deception in domestic politics and international relations. Transnational violent extremists, aided by hostile foreign governments such as Russia, will divide and destroy us if we do not. The future of our democratic republic depends on our ability to distinguish truth from lies.