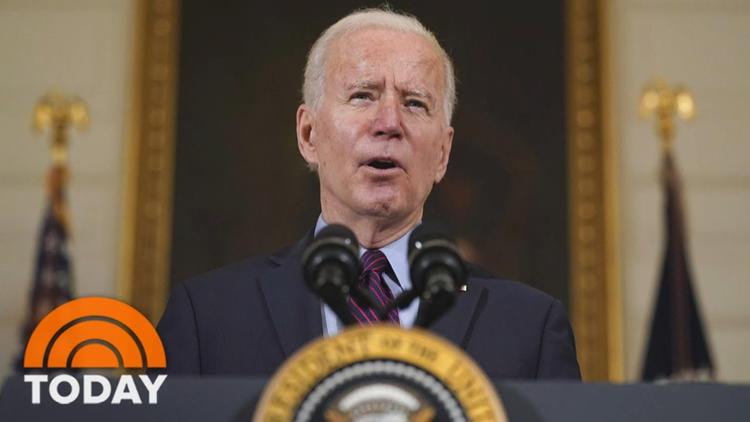 As Joe Biden was sworn in as the 46th president of the United States, speculation was rife that one of the first things his administration would do would be to seek re-entry to the Iran nuclear deal that had been quit by his predecessor in the White House.

The Joint Comprehensive Plan of Action agreed between Iran, the five permanent members of the UN Security Council, Germany, and the European Union in 2015, known as “the Iran nuclear deal”, was considered a stunning diplomatic achievement. Iran agreed to limit or eliminate its enriched uranium sources in return for receiving financial and economic relief from the UN sanctions.

But in 2018, in a snub to the joint diplomatic venture, the then US president, Donald Trump, tweeted his country’s withdrawal, stating that: “I think it was one of the most incompetently drawn deals I’ve ever seen…we got nothing.” He claimed that Iran had been using the financial relief, including the oil export money, to support terrorist organisations in the Middle East.

Saudi Arabia was a cornerstone of Trump’s Middle East policy as the geopolitical counterweight against Iran. The country was instrumental in the negotiations of the Middle East Peace Plan, brokered by Jared Kushner. A US$110 billion (£78.3 billion) defence deal with the Saudis was signed by Trump in his first official visit to Riyadh in May 2017.

During the same visit, the Saudis successfully convened several Muslim state representatives for a speech by Trump that declared Iran as the main threat in the region. The killing of Iranian military commander Qassem Suleimani by the USA in January 2020 took the main enemy of Saudi Arabia’s ruling crown prince, Mohammed bin Salman (MBS), off the Middle East chessboard.

Trump’s reluctance to take retaliatory steps following the murder of journalist Jamal Khashoggi in the Saudi consulate in Istanbul demonstrated his unswerving support to the crown prince, the de facto ruler of the kingdom. Trump showed the same reluctance regarding Saudi Arabia’s involvement in the Yemeni civil war – another move by MBS, launched in March 2015, to rival the Iranian presence in Syria.

One of Biden’s first messages to Saudi Arabia has been that it should no longer rely on the USA’s unconditional support. White House press secretary Jen Psaki’s announcement of “recalibrating” USA-Saudi relations between counterpart-to-counterpart on 16 February is a signal to the crown prince that his unrestrained behaviours will not be tolerated by the Biden administration.

What to expect from negotiations

Meanwhile Iran’s hand will be stronger in any prospective negotiations than in those before the deal was struck. During the first negotiations, the Syrian civil war had just started and Assad’s future was uncertain. The possibility of a new regime, especially one supported and financed by Saudi Arabia, would have meant for Tehran the loss of an important ally and would have disrupted Iranian support for Hezbollah in Lebanon.

The Iranian Revolutionary Guard Corps and Shia militias were fighting Islamic State (IS), while indirectly benefiting from the US airstrikes in support of the Iraqi military. Following the deal’s announcement in July 2015, the nature of the war changed: Russia intervened in September 2015 on the side of the Assad regime and the Revolutionary Guard involvement in the war accelerated by training a further 100,000 Syrian fighters to join the Assad forces. The defeat of IS and Trump’s decision to withdraw the American forces from Syria in October 2019 presented opportunities for the Syrian regime to expand and consolidate its power – as well as Iran’s influence.

What’s more, since the US withdrew from the deal, Iran has enriched nuclear fuel beyond the limits agreed by the 2015 deal. It has also stopped international inspections of the nuclear sites. On February 10, the International Atomic Agency informed its members that “Iran had been producing uranium metal, a material vital for nuclear weapons.” In other words, because of the acceleration of its nuclear programme following Trump’s decision, Iran is closer to having atomic weapons.

Advances in nuclear capability and the more stable situation in Syria strengthen Iran’s hand at the negotiating table. And, with Russia on its side, Iran might resist the US desire to broaden the agreement to include clauses such as the halt of its military involvement in Syria, Libya and Iraq.

Another potential difficulty concerns domestic politics in Iran. Iranian foreign policy is made by agreement between the supreme leader, the president and the heads of the Supreme National Security Council and Assembly of Experts. While executive power lies with the president, the supreme leader must approve the policy.

In 2015, the hardline supreme leader Ayatollah Ali Khamenei gave a reluctant approval to the moderate president Hassan Rouhani’s policy on the deal. Although it is impossible to know what was in Khamenei’s mind, the Iranian economy, gravely damaged by the sanctions, and uncertain geopolitical context in the broader Middle East were likely reasons. But since then, the hardliners have been emboldened, partly because of the new UN sanctions introduced in September 2019 and the killing of Soleimani.

The Iranian presidential elections in June 2021 will be a battleground between the moderates and hardliners. One of the candidates, Hossein Dehghan, a military adviser to Khamenei has already criticised Rouhani’s moderate position.

The Iran nuclear deal is a joint effort by several countries. While Trump’s decision to withdraw did not kill the deal, it seriously wounded it. Like Trump, Biden would like the deal to be a key part of his administration’s vision in the Middle East – but this might be tougher than he anticipates.