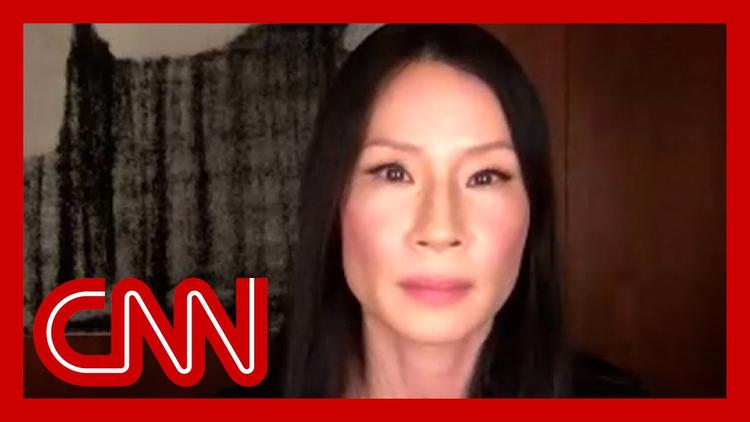 The spine-chilling attacks on Asian-Americans around the country, in San Francisco, New York, and now most bloodily in Atlanta, are manifestations of a white supremacism that has deep roots in American history. The odious Trump and his minions whipped up hatred by branding the novel coronavirus the “Chinese flu” or “Kung Flu.” He was not doing something new. The coronavirus, of course, came to the United States from Europe.

Homo sapiens is a new species, maybe 200,000 to 300,000 years old. We aren’t that different from one another– there hasn’t been time for members of the human family to evolve away from the basics. Europeans and Chinese differ less from one another genetically than do east and west Africans (humans have been in Africa longest and so have had longer to grow slightly apart). Skin color, size of the nasal cavity, and other superficial differences are adaptations to climate. Embryos need enough sunlight to make vitamin D but not so much that the ultraviolet rays damage the embryos with too much radiation. This window causes nature to select for pale skin in northern Europe and for a slightly more opaque complexion in southern China. The skin is a big, visible organ, but it only accounts for 2% of the human genome and isn’t linked to character or intelligence or anything important.

That is, to view racial difference as a threat rather than an enrichment of the species flies in the face of everything science has taught us in the past 70 years.

But it would be a mistake to think race was the only consideration in American xenophobia (hatred for foreigners). Powerful Christian revivalist movements created movements to missionize the world that had a horror of having heathens on the continent.

These twin pathologies of racism and religious bigotry were implicated in a whole series of white, Christian supremacist laws aimed at excluding whole swathes of the world from immigration to the United States enacted between 1882 and 1924. Here are the highlights. Or, lowlights.

Both racism and religious bigotry built up toward Chinese-Americans brought in from 1849 to build the trans-American railroad. In 1882, Congress passed the Chinese Exclusion Act, the first time a whole people was excluded from the United States. In the prejudiced language of the day, that Chinese were Buddhists, Confucianists or Taoists, i.e. “pagans” or “heathens” from an Evangelical point of view, was one of the reasons they should be kept out of the country. The total exclusion lasted until 1943, when 100 Chinese a year began being admitted, which was not much different from total exclusion. In 1965 the Immigration Act ended racial and religious exclusions based on racism and religious fanaticism, including of Chinese. Chinese-Americans have made enormous contributions to the United States, despite the long decades during which they were excluded or disrespected.

In 1907-08, the US and Japan concluded a “gentlemen’s agreement” whereby Japan would limit the number of passports it issued to Japanese wanting to come to the United States. In turn, the city of San Francisco agreed to end the legal segregation of Japanese-Americans in that city (yes, they had their very own Jim Crow). Not satisfied with the agreement, in 1924 racist Congressmen ended Japanese immigration completely. This action angered Japan and set the two countries on a path of enmity.

Not satisfied with measures against Buddhists, white Christians next went after Hindus and Sikhs. The 1917 Asiatic Barred Zone Act excluded from immigration everyone from the continent of Asia– it especially aimed at Indians, including especially Sikhs, but also Koreans, Vietnamese, Thai, Indonesians, etc. etc.

Japanese were not part of the act only because the Gentlemen’s Agreement already mostly excluded them. Filipinos were not excluded because the Philippines was then an American territory (i.e. colony).

In the early 1920s, the Ku Klux Klan reappeared on the national stage and agitated against immigrants, Catholics, and Jews. The Klan infiltrated the Democratic Party and took it over, and won the whole state of Indiana.

The racist 1924 Immigration act set country quotas based on the percentage of Americans from that country already present in 1890. How exactly they determined how many Americans were British, German, etc. is not clear to me. But one consequence of basing the quotas on 1890 rather than, as was originally proposed, 1910, was that populations that came in big numbers during the Great Migration of 1880-1924 were often given low quotas. Populations that came in the eighteenth century or the mid-19th (e.g. in the latter case, Germans) had relatively large quotas. Syria-Lebanon (which were not separated until the French conquest of 1920) were given a quota of 100, even though tens of thousands of Lebanese came to the United States, 10% of them Muslim, during the Great Migration. That community produced the great Lebanese-American writer and artist, Kahlil Gibran.

Now what we would call the Lebanese were excluded. In fact, some racists in places like North Carolina argued that greater Syria was in West Asia and so Lebanese/Syrians should be excluded on the basis of the Barred Asiatic Zone. They put Lebanese Muslims and Christians into the category of the “Yellow Peril”!

The 1924 Nazi-style quotas based on “race,” which mostly lasted until 1965, excluded most of the Middle East. The quota for Egypt? 100. Palestine? 100. Turkey? 100. Even the persecuted Armenians were given only 100 spaces annually.

The racial hierarchies visible in the 1924 act fed into an increasing concern with eugenics, with fears of decadent races and a determination to strengthen the master race by forbidding intermarriage and even by experimenting on live human beings.

The Civil Rights movement finally made Americans embarrassed enough at the racism of their immigration law (a law that was admired by Hitler in the 1930s) to repeal it in 1965. Instead of racialist quotas, the law allowed up to 25,000 qualified immigrants from each of the world’s countries to come to the U.S. Since 1965 immigration to the US has looked more like the world whereas in the 1924-65 period it looked like northern Europe. Some one million documented immigrants come every year, and they have kept the US from greying and shrinking (as is happening to Japan), and contribute to keeping it strong and innovative and a world force.

Our Asian-American brothers and sisters are over 5% of our population, characterized by strong families and civic engagement. They are fishermen and hairdressers but also scientists and engineers and public servants. They have helped build this country– from the trans-Pacific railway onward. They have served courageously and honorably in the US military, and help make us safe.

CNN: Lucy Liu on Asian-American attacks: ‘In America there is still, in some ways, a caste system’