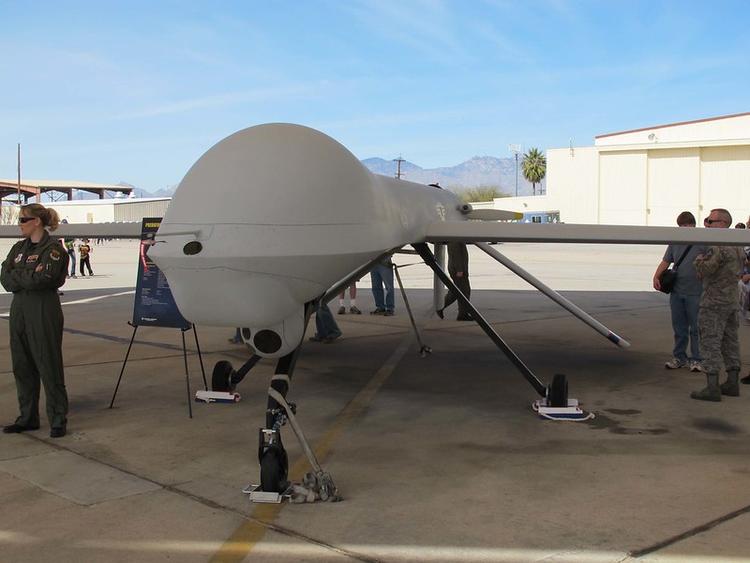 Drones are neither as cheap, targeted, or bloodless as advertised. They’re ripe for international arms control.

( Foreign Policy in Focus) – In the aftermath of the recent war between Armenia and Azerbaijan over the Nagorno-Karabakh region, drone warfare is being touted as the latest breakthrough in military technology, a “magic bullet” that makes armored vehicles obsolete, defeats sophisticated anti-aircraft systems, and routs entrenched infantry.

While there is some truth in the hype, one needs to be especially wary of military “game changers,” since there is always a seller at the end of the pitch.

In his examination of the two major books on drones — Christian Brose’s The Kill Chain: Defending America in the Future of High-Tech Warfare, and Michael Boyle’s The Drone Age — analyst Andrew Cockburn points out that the victims of drones are mostly civilians, not soldiers.

While drones can take out military targets, they are more commonly used to assassinate people one doesn’t approve of. A case in point was former President Trump’s drone strike that killed Qasem Solemani, a top Iranian general, a country we are not at war with.

In just the first year of his administration, Trump killed more people — including 250 children — with drones in Yemen and Pakistan than President Barack Obama did in eight years. And Obama was no slouch in this department, increasing the use of drone attacks by a factor of 10 over the administration of George W. Bush.

Getting a handle on drone — their pluses and minuses and the moral issues such weapons of war raise — is essential if the world wants to hold off yet another round of massive military spending and the tensions and instabilities such a course will create.

There Are No Bloodless Wars

That drones have the power to alter a battlefield is a given, but they may not be all they are advertised. Azerbaijan’s drones — mostly Turkish Bayraktar TB2s and Israeli Harpys, Orbiter-1Ks, and Harops — did indeed make hash of Armenian tanks and armored vehicles and largely silenced anti-aircraft systems. They also helped Azeri artillery target Armenians positions. But the Azerbaijanis won the recent war by slugging it out on the ground, with heavy casualties on both sides.

As military historian and editor of the Small Wars Journal, Lt. Col Robert Bateman (ret.) points out, drones were effective because of the Armenians’ stunning incompetence in their use of armor, making no effort to spread their tanks out or camouflage them. Instead, they bunched them up in the open, making them sitting ducks for Turkish missile-firing drones and Israeli “suicide” drones. “While drones will be hailed as the straw that broke the camel’s back in this war,” he writes, “Azerbaijani success is also attributed to good ol’ fashioned mechanized infantry operations that took territory, one square kilometer at a time.”

Turkey has made widespread use of drones in Syria, Iraq, and Libya, and they again have played a role on the battlefield. But Turkish drones have mainly been used to assassinate Kurdish leaders in Iraq and Syria. Last April a Turkish drone killed two Iraqi generals in the Kurdish autonomous zone of northern Iraq.

In July 2020, Turkey deployed drones in Syria to block an offense by the Damascus government against Turkey’s allies in Idlib Province, but failed to stop President Bashar al-Assad’s forces from reclaiming large hunks of territory. In short, they are not always “game changers.”

The selling point for drones is that they are precise, cheap — or relatively so — and you don’t have a stream of body bags returning home. But drones are not all- seeing, unless they are flying at low altitudes, thus making it easier to shoot them down. The weather also needs to be clear, and the area smokeless.

Otherwise what drones see are vague images. In 2010 a U.S. drone took out what its operators thought was a caravan of Taliban trucks carrying weapons. But the trucks were filled with local peasants and the “weapons” were turkeys. The drones incinerated 23 civilians.

Nor do they always live up to their reputation for accuracy. In a 2012 test, the Air Force compared a photo of a base taken by the highly touted Gorgon Stare cameras mounted on a Predator drone and the one on Google Earth. The images were essentially identical, except Gorgon Stare cost half a trillion dollars and Google Earth was free. “In neither,” says Cockburn, “were humans distinguishable from bushes.”

Drones have killed insurgent leaders in Syria, Somalia, Iraq, and Afghanistan — with virtually no effect on those wars. Indeed, in the case of Afghanistan, the assassination of first-tier Taliban leaders led to their replacement by far more radical elements. The widespread use of drones in the U.S. war on drugs has also been largely a failure. Drug cartels are bigger and more dangerous than ever, and there has been no reduction in the flow of drugs into the United States.

They do keep the body bag count down, but that raises an uncomfortable moral dilemma: If wars don’t produce casualties, except among the targeted, isn’t it more tempting to fight them?

Drone pilots in their air-conditioned trailers in southern Nevada will never go down with their aircraft, but the people on the receiving end will eventually figure out some way to strike back. As the attack on the World Trade towers and recent terrorist attacks in France demonstrate, that is not all that hard to do — and it is almost inevitable that the targets will be civilians.

Bloodless war is a dangerous illusion.

Drones certainly present problems for any military. For one thing, they are damned hard to spot. Most are composed of non-metallic substances, like Kevlar, and they have low heat signatures because their small motors run on batteries. Radar doesn’t pick them up and neither do infrared detectors. The Yemen-based Houthis drones that hit Saudi Arabian oil facilities at Abqaiq and Khurais in 2019 slipped right through the radar systems of three anti-aircraft networks: the U.S. Patriot system, the French-supplied Shashine surface-to-air-missile system, and the Swiss Oerlikon 35mm radar directed cannons.

Those drones were produced on a 3-D printer supplied to the Houthis by Iran.

The Russians claim that they beat off drone attacks on their two bases in Syria, Khmeimim Air Base and the naval base at Tartus, with their Pantsir air defense system. But those drones were rather primitive. Some were even made of plywood. Pantsir systems were destroyed in Nagorno Karabakh, and Turkish drones apparently destroyed Pantsirs in Libya.

The problem is that even if you do detect them, a large number of drones — a so-called “swarming attack” similar to the one that struck the Saudis — will eventually exhaust your ammunition supply, leaving you vulnerable while reloading.

The U.S. is working on a way to counter drones with directed energy weapons, including the High Energy Laser Weapons System 2, and a microwave system. At a cost of $30 million, Raytheon is building prototypes of both. President Biden’s Defense Secretary, Gen. Lloyd Austin (ret.), formerly served on the company’s board of directors.

If drones rely on GPS systems to navigate, they can be jammed or hacked, as the Iranians successfully did to a large U.S. surveillance drone in 2010. Some drones rely on internal maps, like the one used in the U.S. Tomahawk cruise missile. It appears that the drones and cruises that hit Saudi Arabia were running on a guidance system similar to the Tomahawk.

Of course that makes your drone or cruise missile autonomous, something that raises its own moral dilemmas. The U.S. is currently working on weapons that use artificial intelligence and will essentially be able to “decide” on their own what to attack.

Maybe not “Terminator,” but headed in that direction.

We Need an International Convention

Drones are enormously useful for a range of tasks, from monitoring forest fires to finding lost hikers. They are cheap to run and commercial prices are coming down. Turning them into weapons, however, is not only destabilizing, it puts civilians at risk, raises serious moral issues about who bears the cost of war, and in the long run will be very expensive. Drones may be cheap, but anti-aircraft systems are not.

India and Pakistan are in the middle of a drone race. Germany is debating whether it should arm its drones. Mexican drug cartels are waging war against one another using drones.

An international convention on drone use should be on any future arms control agenda.