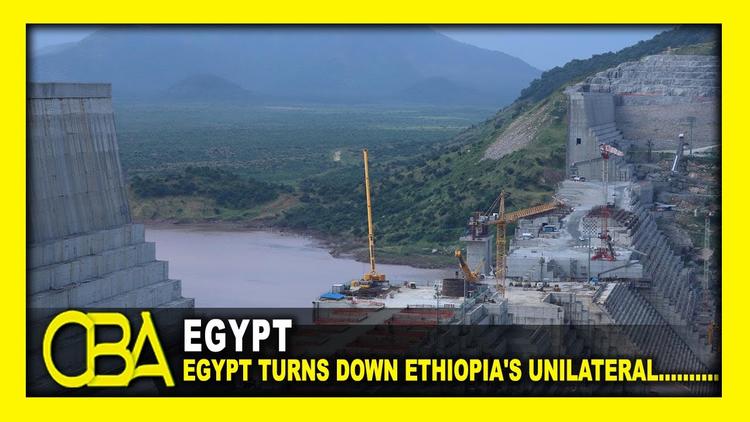 Ever since construction began a decade ago, there’s been serious contention between Ethiopia, Egypt and Sudan over the Grand Ethiopian Renaissance Dam (GERD), a huge project straddling the Blue Nile in Ethiopia.

For Ethiopia, the project is meant to offer a solution to its severe power problem, providing electricity access for an estimated 65 million Ethiopians. Ethiopia also says its neighbours will benefit from cheap energy exports.

Egypt relies on the Blue Nile for freshwater, and maintains that the dam represents an existential threat.

For its part, Sudan has had to balance its own concerns about water supply with the dam’s promise of cheap power and flood control. Recently it appears that Sudan has firmed up on its opposition to the Dam.

For my doctoral thesis, I am studying the geopolitical realities on the governance of the Nile’s resources. This isn’t the first time that relations in the region have been strained by dam politics – its history is a long one and the tensions felt today are rooted in the imperial past.

It started with the occupation of Egypt by Britain in 1882. Egypt became independent in 1922, though British influence remained strong for another three decades until the last British troops left in 1956.

The plan envisaged the regulation of the Nile waters along different seasons and years (drought and flood) by building several dams and reservoirs in Ethiopia and other upstream countries. The plan ruled out storing the Nile waters in downstream countries, mainly because of immense water losses that could happen due to evaporation.

But the plan had one major flaw. It didn’t consider the interests of nine upstream countries including Ethiopia, Kenya, Tanzania, and Uganda. Its aim was to safeguard Great Britain’s interests.

The biggest project on the Nile was initiated by Gamal Abdel Nasser, Egypt’s prime minister between 1954-56 and then president until 1970. Nasser wanted to build a dam which would end Egypt’s dependency on upstream countries by storing the Nile waters in Egypt. It would also end flooding and bring more electricity to Egyptians.

Nasser decided to build the dam at Aswan, creating a big reservoir in the northern border between Sudan and Egypt. The reservoir, called Lake Nasser, stretches about 125 miles from Egypt into Sudan where it is called Lake Nubia.

The Aswan High Dam was initially described by British hydrologists as “not worthy of serious consideration” and “full of mad ideas for the Nile.” This was because it was the antithesis of the Century Storage Scheme and the basin-wide approach that dominated water management on the Nile under the British.

Sudan gained its independence in 1956. The new government opposed the colonial treaties, which Great Britain signed with Egypt on behalf Sudan and favoured Egypt.

It also opposed the construction of the Aswan High Dam because of the high social, economic and environmental costs. These, according to an American historian of East Africa and Nile expert Professor Robert Collin, included the forced relocation of tens of thousands of Sudanese Nubians, the destruction of historical cities, the threat of increased in soil salinity and water-logging, and increase seismic activity from the weight of the reservoir on fault lines.

Sudan instead favoured the Century Storage Scheme which involved a series of smaller dams in Uganda and Ethiopia, together with the Jonglei Canal. The canal was meant to divert the flow of the White Nile, bypassing the vast swamps of the Sudd, in South Sudan, where water is lost to evaporation. The construction of the Jonglei Canal started in 1978 but was suspended in 1983.

As part of the Century Storage Scheme, in 1956 Sudan went ahead with plans to construct the Roseires Dam on the Blue Nile and expand the country’s Gezira irrigation scheme.

To implement their respective projects, both Egypt and Sudan tried to get funds from the International Bank for Reconstruction and Development, later to become the World Bank. However, since the Roseires Dam would alter the flow of the Nile, and the Aswan High Dam would have significant socio-economic impacts on Sudan, the bank required the two countries reach an agreement to get the funds.

A dramatic turn of events in 1958 changed the course of history.
General Ibrahim Abboud deposed the Sudanese government and Abboud signed the 1959 Nile Waters Treaty with Egypt and consented to the construction of the Aswan High Dam.

Egypt completed the construction of Aswan High Dam in 1971. The dam continued to operate in favour of Egypt, providing water for irrigation and generating a huge amount of electricity.

Aswan High Dam and the 1959 Nile Waters Treaty, which totally disregarded the interest of upstream countries, also frustrated Ethiopia. The dam, which evaporates 10-15 BCM of waters annually, would also foreclose Ethiopia’s future use of the Nile.

In 1959 Ethiopia commissioned a survey on the Blue Nile for irrigation and hydropower. The survey, carried out by the US Bureau of Reclamation, issued its final report in 1964 which proposed various projects including a “border dam,” which later became the Grand Ethiopian Renaissance Dam.

Ethiopia was not immediately able to implement the project due to a lack of finance. Egypt also used extensive diplomatic connections and the colonial-era 1929 and 1959 agreements to prevent the construction of any major infrastructure projects on the tributaries of the Nile.

Finally, after decades of political stability and economic growth, Ethiopia managed to raise a significant portion of money for the dam’s construction from people locally and from its diaspora. The construction of the dam eventually began in 2011.

The dam now joins a number of existing dams, including the Aswan High Dam and the Roseires Dam. This makes a basin-wide cooperation and management imperative.

Given the ever increasing importance of coordinated management and operation downstream and upstream dams due to climate change, Ethiopia, Sudan, and Egypt should manage all dams through the Nile Basin Commission – an organisation envisaged in the Cooperative Framework Agreement.

The Agreement, which was negotiated for a more than a decade by all riparian states to prepare a basin-wide framework to regulate the inter-state use and management of the Nile River, is accepted by all states except Egypt and Sudan. Egypt and Sudan should, therefore, accede into it.