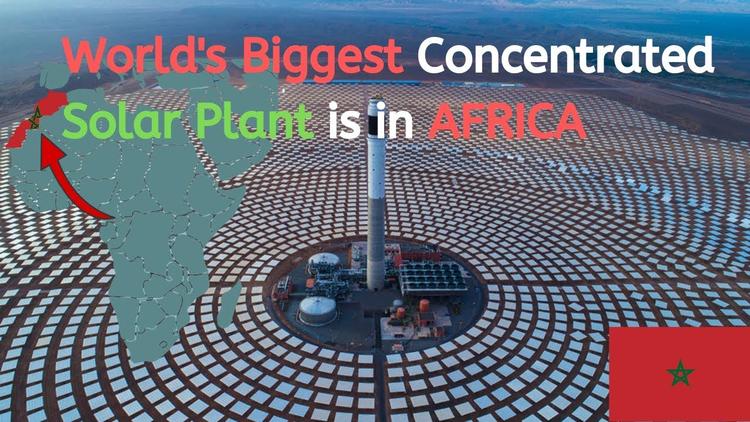 I have a big problem with the index, though. One of its criteria is technological innovation in the area of green energy. These are the bases for the rankings:

• Carbon emissions: Total emissions as well as the degree of change in emissions in transportation, industry, and agriculture

• Climate policy: Policy commitment toward climate targets, carbon finance programs, sustainable agriculture, and the use of covid stimulus for a green recovery

I object to the “clean innovation” criterion. Obviously Morocco won’t file for as many patents as advanced industrial countries.

A lot of these criteria give countries like the United States a pass. The US has no offshore wind, almost no utility scale solar, and isn’t making full use of its massive onshore Midwest wind corridor. We put out over 5 billion metric tons of carbon dioxide a year most years, the second worst offender in the world. We’ve been AWOL for four years from the Paris Climate Accord. The United States should be dead last on any green futures index, but here it comes in 40 of 76 countries ranked. Maybe we have some great patents in the area of green energy. It isn’t enough, so far.

President Biden wants to implement an ambitious green energy program, and we’re all rooting for him, but so far it is mostly a hope and a prayer.

Morocco comes in 26 in the Tech Review index. Here’s a poor country that in 13 years has gone from having almost no renewables to having them provide 37 percent of its electricity. It is aiming for 52 percent by 2030, which is admittedly less ambitious than its performance so far warrants. It only puts out on the order of 61 million metric tons of CO2 every year. (Given it only has 11% of the population of the US, that would be like 671 million metric tons in US terms; in other words, a small fraction of our emissions).

I just don’t think the United States is in the same league as Morocco when it comes to its dedication to a green energy future.

Morocco’s Noor Ouarzazate Solar Power Station, on the edge of the Sahara, powers the equivalent of 2 million homes (the country has 7.7 million households).

“During the inauguration of Nestle’s solar project in El Jadida on Tuesday, [Morocco’s Minister of Energy Aziz] Rabbah said that the installed capacity of renewable energy sources in Morocco amounts to 3,950 megawatts. The number represents about 37% of the total installed electric power or 20% of the country’s electricity demand.”

The country is putting nearly $6 billion into more renewable projects.

The MIT report did acknowledge all this in a sidebar:

“Over a decade ago, the King of Morocco began a national debate about the future of energy, resulting in a fundamental policy redesign and a goal that renewables would produce 42% of the country’s power by 2020—a target that has now been raised to 52% by 2030. In addition to developing strong wind and solar sectors, says Said Mouline, CEO of the Morocco Agency for Energy Efficiency (AMEE), Morocco has also successfully driven down cost. “At less than $0.03 per kilowatt hour, renewables are now our cheapest way to produce electricity.”

Coal was once considered the cheapest fuel for electricity, at $0.05 per kilowatt hour. If Morocco can get electricity from wind and solar for about half that, it is way ahead of the game.

The MIT Tech Review report also admits that Morocco has eliminated fossil fuel subsidies, something that the United States has definitely not done. They have put in 40,000 solar-powered water irrigation pumps on farms, retiring those powered by natural gas. They are trying to convert their steel plants to electric arc technology powered by solar panels.

“Mouline envisions Morocco becoming a regional climate advocate within Africa. “Today in Africa we have 600 million people who don’t have electricity, and we have the tools and capabilities to help leverage renewables to bridge that gap.” AMEE created a capacity-building center in Marrakesh to train Africans from other countries in areas like renewable electrification and sustainable pumping for agriculture.”

Morocco’s role here is huge, since getting developing economies to go green now will prevent a further wave of carbon dioxide emissions as they industrialize.

Morocco now has a factory to produce its own wind turbine blades, with 60% of them to be exported to Europe. It is also looking into green hydrogen as a storage mechanism, jointly with European partners, the report says.

KiAfrica: The BIGGEST Concentrated Solar Plant in the World is in Africa I Morocco