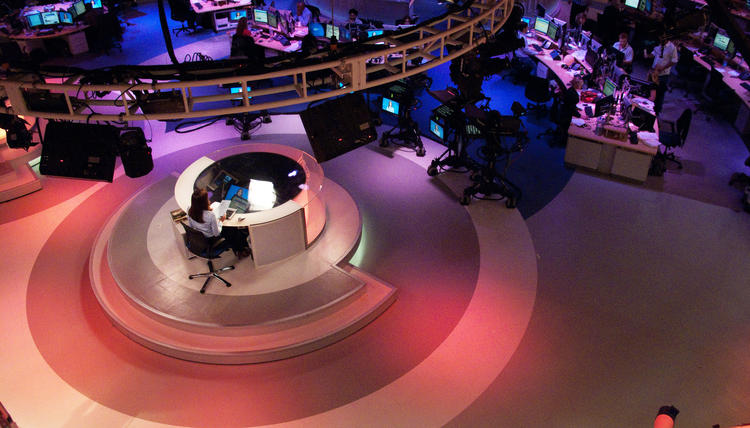 at the al jazeera broadcast center in doha, qatar

Exeter (Special to Informed Comment) – Al Jazeera announcement to launch a right-wing media platform, Rightly, in the US surprised many people, including its employees. Over 100 hundred employees from Al Jazeera penned an open letter to the Al Jazeera administration asking the halt of the platform based on not fitting their ‘values.’ Michael Weaver, a senior employee involved in launching the Rightly platform, believes that the creation of this platform perfectly matches Al Jazeera’s mission as he believes the right-center ideology are not heard and represented enough in mainstream media in the US. Regardless Weaver’s claim, it is believed that the move to launch Rightly fits Qatar’s soft power agenda. The question, then, remains why Al Jazeera initiates a move that even its employees do not believe in and have a potential to harm its current brand which was built over 25 years.

The initiation of Rightly can be justified by looking to recent Qatar-US relations. Qatar was isolated during the four-year presidency of Republican Trump both by its neighbors and by the US Presidency. Trump, who had problems with liberal media, was not a fan of Al Jazeera either. Because Qatar’s rivals (Saudi Arabia and the United Arab Emirates) think-tanks, lobbies, and media were closer to the right than left, they had more space and voice in the Trump administration. Qatar’s move in this sense seems more strategic as it does not want to be left out one more time when Republicans come to power.

Al Jazeera as a soft power

Even though the platform’s halt is not expected, one should remember that this move is not Al Jazeera’s first of its kind in the US. The Doha-based media network launched the Al Jazeera American in 2013 and closed it down in 2016 after spending around 2 billion dollars. Al Jazeera is one of the successful examples of ‘soft power.’ Qatar is a small but rich country thanks to its enormous gas reserves. The gas revenues transformed the tiny monarch into one of the most influential powers in the region. Internal and external investments accumulated the influence. Internally, Qatar invested in arts, sports, and public diplomacy, transforming the country into one of the regional hubs. Externally, Qatar invests in many countries’ real estate, finance, sports, and other sectors with the hand of its state investment funds. With these internal and external investments, Qatar not only became visible and known to the international audience but gained influence in the world.

Other than these investments, Qatar’s successful tool was its soft power strategy. Al Jazeera can be considered one of the most known and successful examples of its kind, not only for Qatar but for almost all ‘Global South.’ As a matter of fact, Al Jazeera has been considered as the voice of the Global South. The channel mostly undertakes a ‘liberal’ stand which is considered left in the US. Al Jazeera’s broadcasts of the Palestinian intifada, US occupation of Afghanistan and Iraq, and finally the Arab Spring were remarkable to the degree that it raised tension between the parties. George Bush, for example, revealed his wish to bomb Al Jazeera’s center due to its coverage. Al Jazeera’s, once again, proved its effectiveness in Arab Spring protests in which it sided with the protesters over the dictators.

Al Jazeera’s motivation to create a right-wing channel is twofold: American domestic politics and the other is Qatar’s motivation to increase its influence and bargaining power. The 2020 US election was one of the most unconventional elections in recent years. The sitting president rejected the outcome and suggested that the votes were stolen. What was more interesting was Twitter’s ban on Trump. Twitter had been the sole medium for Trump’s communication during his 4-year presidency. Thus, such a move caused Trump’s silence.

‘Silence’ was a frequently used term for Trump, suggesting that he was the voice of the silenced crowd, the voice of the voiceless. The fact that even the right-wing media platforms internal division increased the silent state of the right-wing. Fox News, for example, did not cover Trump as he wished so. At the same time, the left-wing media was flourishing both in traditional and social media. In this sense, Al Jazeera’s new move can be considered a pragmatic move aiming to fill the lacune. If Rightly succussed to the same degree of Al Jazeera Arabic or Al Jazeera English, then Doha will significantly influence the American right-wing audience.

The second motivation was the Al Jazeera Network’s ineffectiveness in 3.5 yearlong blockades to Qatar by its neighbors, Saudi Arabia, United Arab Emirates, and Bahrain. As the right-wing President Trump exclusively and openly prioritized the material gains over everything, liberal platforms such as Al Jazeera English found it very difficult to influence Trump as Trump’s material gain was more in siding with the Saudi Arabi bloc. By creating the Rightly, Qatar aims to invest in influencing the right-wing politicians, including future Republican Presidents, to avoid the repeat of the same isolation. If Rightly achieve to gain the American right-wing audience, Qatar would be able to diversify its influence and secure its interests whomever it is power.

The question, however, is not limited to whether the Rightly will be visible but is the possible harm that it will create for the existing brands. As Al Jazeera has been the voice of Palestinians, Afghans, and Iraqis who suffer most from the Republican President’s decisions, will it be able to prevent its prestigious status for long?

Hamdullah Baycar is a PhD candidate at the Institute of Arab and Islamic Studies at the University of Exeter. His research focuses on the identity politics of the Gulf. Orientalism, Colonialism, and Post-Colonialism are among the topics he is focusing on in his PhD. Before joining Exeter, he was a graduate student in Center for Middle Eastern Studies at Harvard University (2017). He holds a B.A. in International Relations from Abant Izzet Baysal University, Turkey (2013).