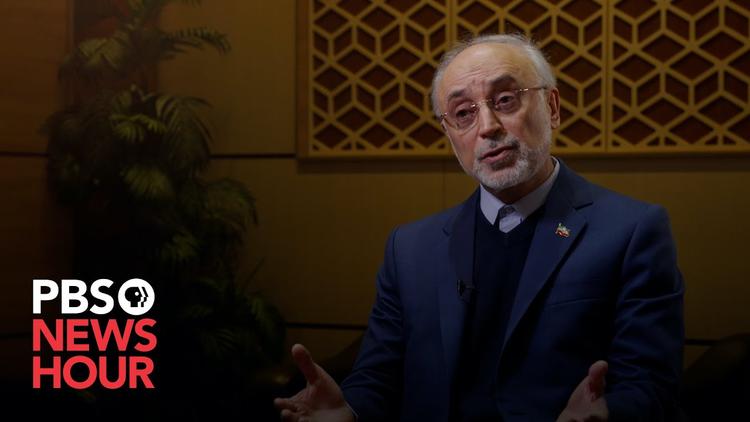 (RFE/ RL ) – Iran will hold a presidential election in less than three months amid speculation that a hard-liner and a “military man” could succeed Hassan Rohani, who is serving his final term and is under heavy pressure from his hard-line opponents who have consolidated power in the Islamic republic.

As with all elections in Iran, potential candidates for the June 18 presidential vote must be vetted by the hard-line Guardians Council, whose members are directly and indirectly appointed by Iranian Supreme Leader Ayatollah Ali Khamenei.

The country’s supreme authority has said publicly that the country should be led by a relatively young and ideologically hard-line president.

The presidential election follows last year’s parliamentary vote, which resulted in an increase in the number of hard-liners in the legislature due to a historically low turnout as well the disqualification of thousands of more moderate hopefuls.

For now, there seems to be minimal interest in the election among increasingly disenchanted Iranians who are struggling to make ends meet amid a continually deteriorating economy that has been crushed by U.S. sanctions and a deadly coronavirus pandemic.

“These elections are an important opportunity for conservatives to win control of the elected branches of government after being out of office for eight years,” Sanam Vakil, deputy director of Middle East program at Chatham House, told RFE/RL. “To achieve this, though, conservative factions should be unified in their support of a candidate. Moreover, the candidate has to energize Iran’s disaffected public. The competition is heating up between Iran’s factions as to which group will negotiate with the team of [U.S. President Joe Biden],” she added.

Multiple names for the presidency have been floated by the conservatives, who appear to be trying to gauge public sentiment for various hard-liners.

Qalibaf, 59, who has in the past positioned himself as a moderate, faced allegations of corruption during his tenure as mayor.

A member of the parliament’s presidium, Mohsen Pirhadi, said last month that Qalibaf is not planning to run. But he suggested Qalibaf could help judiciary chief Ebrahim Raisi’s candidacy if he decides to run. “My understanding is that with the increased likelihood of Raisi standing [for president], Qalibaf is ready to assist him.”

Others have suggested that Raisi, 60, is looking to succeed octogenarian Supreme Leader Ayatollah Ali Khamenei and is unlikely to jeopardize losing his influential post as judiciary chief.

The hard-line cleric, who lacks charisma and is notorious for his role in the mass executions of regime opponents in the 1980s, was defeated in the 2017 presidential election by Rohani.

Saeed Mohammad, 53, recently resigned from his powerful post as the head of the IRGC’s construction conglomerate, Khatam al-Anbia, citing the likelihood he would take part in the presidential election as the reason.

Mohammad has raised his profile in recent months by taking trips to a number of provinces and also on social media, where his hard-line supporters have been campaigning on his behalf and attempting to compare him with former IRGC Quds force commander Qasem Soleimani, who was killed in a U.S. drone strike in early 2020.

But he remains little known to the general public and has no political experience. In a recent online post he appeared maskless at the Imam Reza Shrine in Mashhad amid the coronavirus pandemic and said he faces “a difficult road ahead.” The daily Sazandegi recently named him as Qalibaf’s most serious competitor.

Former IRGC commander Hossein Dehghan — a military adviser to Khamenei and ex-defense minister — is among the few who have officially announced he would be running for president.

Dehghan, 64, has served under a reformist, hard-line, and a moderate president during his career. He has worked to raise his profile and has given several interviews to Western media outlets in recent weeks, including The Guardian, in which he said his candidacy does not indicate a growing militarization in the Islamic republic.

Former President Mahmud Ahmadinejad, a one-time protégé of Khamenei who fell out of favor with the supreme leader, has been unofficially campaigning for months. But he faces a major obstacle: the Guardians Council, which barred him from running in the last election.

Washington-based Iranian analyst Ali Afshari says that, if allowed to run, Ahmadinejad, 64, could be a “game-changer” in the election.

“There are indications that the establishment is determined to prevent him from returning to power. But due to his populistic mentality, he is able to make a segment of the society believe his false promises and increase the turnout.”

The names of Parviz Fattah (60 years old) — a former IRGC member who heads the giant Mostazafan Foundation, which has more than 150 holdings in key economic sectors — and Ezatollah Zarghami (61 years old), the former head of the unpopular state broadcaster, have also been mentioned as prospective presidential candidates.

Ali Larijani, 63, the former pragmatic parliament speaker who has come under pressure over his support for Rohani, is reportedly considering a run for president in the hope of getting support from a mix of conservatives and reformists.

But analysts say garnering public support could be a big challenge for Larijani, who is a former IRGC officer and left his post as parliament speaker last year.

Larijani served as secretary of Iran’s Supreme National Security Council from 2005 to 2007 under Ahmadinejad’s administration. He has also been a key person within Iran’s controversial nuclear program.

Foreign Minister Mohammad Javad Zarif, 61, is reportedly under pressure to run even though he has said he has no plans to.

Reformists believe that if Zarif could strike a deal with the United States that would result in the lifting of the crippling economic sanctions Washington has imposed on Iran then he would be attractive to the public and could garner support in the presidential vote.

There are also reports that reformists are pressuring Hassan Khomeini (48 years old), the grandson of the founder of the Islamic republic, Ayatollah Ruhollah Khomeini, to run even though he lacks political experience.

“The main problem of the reformists is that their main candidates are unlikely to pass the Guardians Council vetting,” says Afshari, adding that the reformist camp has also lost much of its public support.

“Today the number of those who want to change the Islamic republic has increased significantly — they see participation in the election negatively,” he says.

Vice President Eshagh Jahangiri, 63, and Mohammad Reza Aref, 69, who served as vice president under reformist President Mohammad Khatami, are also being discussed as prospective pro-reform election candidates who may get past the restrictive vetting process.