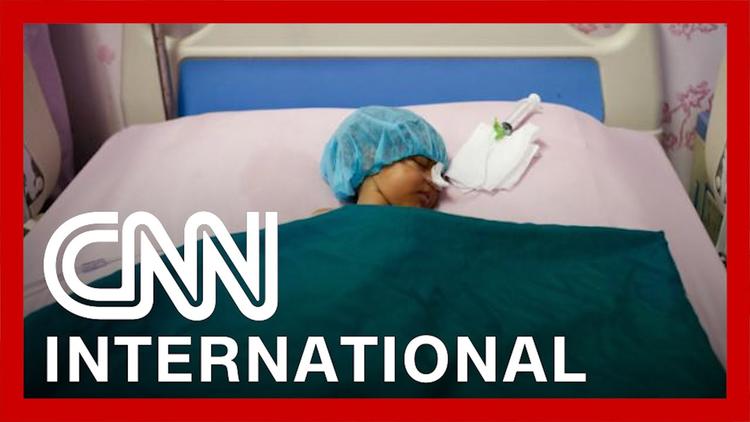 Ann Arbor (Informed Comment) – The head of the UN World Food Program, David Beasley said at a news conference this week covered by al-`Arabi al-Jadid (The New Arab) that five million out of 28 million Yemenis are in severe danger of starvation and 16 million are food-insecure. Food insecurity is a state of being a bit hungry but not starving, but remaining just one step away from starving.

Beasley warned that 400,000 Yemeni children are in danger of starving to death soon if food aid does not reach them, with one child dying every 75 seconds. He said it is the biggest catastrophe in the world.

Beasely said he hopes that the Biden administration can convince both sides in the conflict to deescalate and allow aid to be distributed. He said that he had criticized both the Helpers of God or Houthis who hold the capital of Sana’a and most of the north, and the Saudis. He observed, however, that the Houthis had begun being more cooperative with aid organizations.

In contrast, the Saudi blockade on the port of Hodeida is preventing petroleum from being offloaded there and grounding vehicular traffic. Aid groups can get the aid to Hodeida with Saudi permission, but then their vehicles lack gasoline to deliver it out to towns and villages.

Beasley, an American and former Republican governor of South Carolina, seems to be pleading with President Biden to strong-arm the Saudis into letting fuel into Hodeida.

Meanwhile, the spokesman for the office of the UN Secretary General, Stephane Dujarric, warned that 15,000 Yemenis had been displaced so far in March by the Houthi campaign to take Maarib to the east of Sana’a. There are a million Yemeni refugees in Maarib who fled earlier Houthi campaigns, and who are now in danger of being displaced yet again. Some 60% of the newly displaced in Maarib are living in tents and other makeshift shelters without any human amenities. Such conditions typically raise the specter of cholera outbreaks. Over a million Yemenis have contracted cholera during the war. Crowded conditions are also a danger for the spread of Covid-19.

Ill Yemenis, including children, are often dying at home because the Saudi blockade of fuel has left them with no means of getting to the hospital. Hospitals are few and far between in Yemen and most people need an automobile to get to one.

CNN’s intrepid Nima Elbagir and some colleagues sneaked into Hodeida this month and reported from there last Saturday, underlining that it is a ghost town and that the Saudis are preventing over a dozen fuel ships from unloading their cargo. CNN has been barred from Yemen by the Saudis after it reported on a steep drop in Saudi humanitarian aid for the country.

She and her team did excellent reporting on the famine danger, and provided a map of where food insecurity is most acute.

CNN: “Where kids are being forced to die at home”