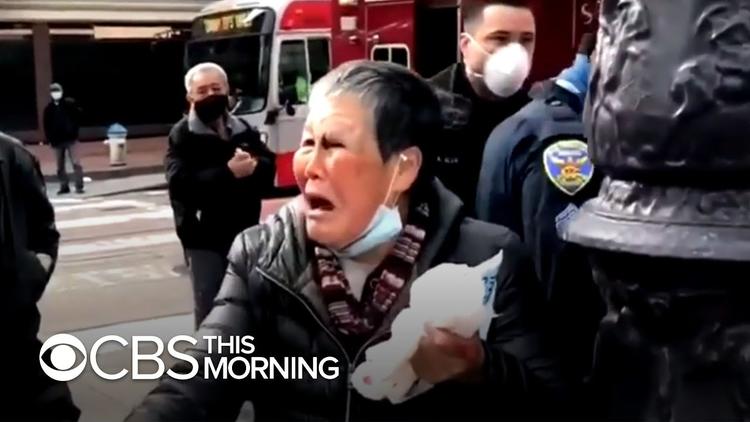 By Emma Jordan-Simpson and Cathy Kim | –

Racist pandemic comments may have sparked this wave of violence against Asian Americans, but in many ways it is simply the latest chapter in a much longer story.

( Waging Nonviolence ) – Prejudice against Asian-Americans is nothing new. Sadly it is as American as apple pie and Jim Crow. Whether it’s the “yellow peril” of the late 19th century that gave rise to the Chinese Exclusion Act, FDR’s establishment of Japanese-American internment camps or Donald Trump’s Muslim ban, bigotry toward Asian Americans is as baked into the fabric of American life as the hatred that has claimed so many Black lives in recent years.

The roots of Asian prejudice in the United States springs from ground fertilized by our nation’s original sin of white supremacy that first justified indigenous slaughter and then slavery. The mass shooting in Atlanta on Tuesday night that left eight people dead — six of whom were Asian women — shares the same underlying genetic code as the murders of George Floyd, Breonna Taylor and the countless Black lives lost before them.

As we attempt to grapple with yet another mass murder, there will be a lot of talk about the recent wave of anti-Asian violence in the United States. Much of that conversation will focus on prejudice rooted in the racist pandemic comments made by the previous administration. This would be the wrong lesson to take from this tragedy. The documented rise in anti-Asian violence over the past 12 months — nearly 3,000 hate incidents since March 2020 — certainly has connections to that rhetoric but in many ways this is simply the latest chapter in a much longer story.

Addressing anti-Asian violence must be grounded in an understanding that racism and “nativist” fantasies of white supremacy is a spreading cancer. The cancerous hate that underlies these attacks against Asian Americans is the same cancer that causes murderous violence in all communities of color. It is the same poison that tries to separate us from each other and, at its worst, pit communities of color against one another. We join together to uproot systemic racism that has left disparate impacts on our communities and advocate for community driven reinvestment.

Each community of color may have a different relationship with racism and hate, but we dishonor those we’ve lost if we blind ourselves to the urgent need for solidarity that these violent acts require from us. Justice is not a commodity that is doled out in scraps or possessed by one group over another. It is a birthright for all people. “Injustice anywhere is a threat to justice everywhere” Martin Luther King, Jr. famously declared in 1963. “We are caught in an inescapable network of mutuality, tied in a single garment of destiny. Whatever affects one directly, affects all indirectly.”

We believe that the most powerful act of hope against hate and violence is solidarity between all communities of color. What that solidarity looks like and how it manifests itself are questions we all should be exploring.

The Rev. Dr. Emma Jordan-Simpson is the Executive Director of FOR-USA, President of the Board of American Baptist Churches-Metro NY, and a member of the pastoral staff at The Concord Baptist Church of Christ in Brooklyn, NY.

Cathy Kim is a board member of Asian Americans for Equality, a social service and community development organization in New York City that works to advance racial, social and economic justice for Asian Americans and other systematically disadvantaged communities. A veteran organizer and advocate, Ms. Kim has held leadership roles in several non-profit and government agencies, including the New York Immigration Coalition.