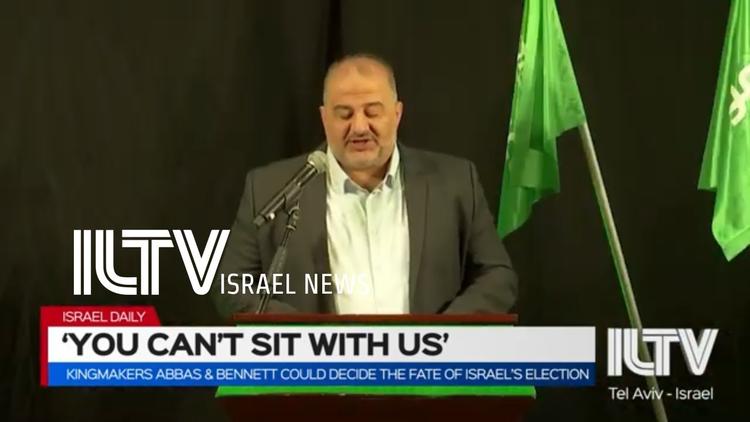 Ann Arbor (Informed Comment) – In a great historical irony, the immediate future of Israeli politics may depend on the Israeli branch of the Muslim Brotherhood.

After the recent Israeli election, the fourth in less than two years, long-serving prime minister Binyamin Netanyahu once again appears to be falling short of attracting 61 members of the Israeli parliament or Knesset to his coalition. Netanyahu is currently in court being tried on corruption charges.

Raoul Wootliff at The Times of Israel reports that two of Netanyahu’s rivals may have reached an agreement to alternate as prime minister.

Yair Lapid, a former journalist and author of thrillers who dropped out of high school, leads the centrist “There’s a Future” (Yesh Atid) party, which represents Israel’s secular middle classes. He is disliked by Israel’s far right religious parties because he wants ultra-Orthodox seminary students to be subject to conscription into the army. Yesh Atid has 17 seats in the 120-member Knesset or Israeli parliament.

Embed from Getty Images
Israel’s centrist former television anchor Yair Lapid, the prime minister’s main challenger, arrives to cast his vote at a polling station in Tel Aviv on March 23, 2021 on the fourth national election in two years. – Lapid has become one of the strongest challengers to Prime Minister Benjamin Netanyahu in this election. (Photo by JACK GUEZ / AFP) (Photo by JACK GUEZ/AFP via Getty Images).

Naftali Bennett, a dot com multi-millionaire whose family emigrated from the U.S., leads the New Right (Ha-Yamin Ha-Hadash or just Yamina), which tries to appeal to center-right voters across the secular-religious divide. It only has 7 seats in parliament.

Obviously, neither of these leaders has a clear mandate to rule, and only if they can jointly form a coalition with 61 members of parliament can they come to power. Lapid would have to put together a coalition of centrist, right-wing and left-wing parties,and Bennett would have to bring along his seven seats.

Embed from Getty Images
Naftali Bennett, leader of the Israeli right-wing Yamina (‘New Right’) party, addresses supporters at his party’s campaign headquarters in the Mediterranean coastal city of Tel Aviv early on March 24, 2021, after the end of voting in the fourth national election in two years. (Photo by Gil COHEN-MAGEN / AFP) (Photo by GIL COHEN-MAGEN/AFP via Getty Images).

The March election was not really a right-left contest but one between those who continue to be willing to support Netanyahu and those who can’t stand the sight of him.

Centrist, center-left and right wing parties that campaigned against another term for Netanyahu included Yesh Atid, as well as former general Benny Gantz’s Blue and White. both centrist and having 25 seats between them; along with left-wing Labor and Meretz, who have 13 seats between them. The right wing Yisrael Beytenu (Israel Our Home) of Avigdor Lieberman and New Hope of Gideon Saar (Likud defectors) have 13 seats between them. The center-right and center-left coalition would thus need the support of the right wing parties. Lieberman, who represents the secular Russian-origin Israelis who hate the religious parties and have come to despise Netanyahu, has tied himself to Benny Gantz, the centrist, so who knows, maybe he could put up with Lapid. Saar and New Hope, with 6 seats, are undecided as to which coalition they will join.

Then the Palestinian-Israeli Joint List has 6 seats and would be willing to back the centrist coalition without demanding cabinet seats. This situation is, of course, racist, since if the Joint List supports the government and keeps it in power, it should get a cabinet seat. That is a red line for Israeli politics so far, however, rather as if the US had a rule that Blacks could not serve in the cabinet or be heads of congressional committees.

Embed from Getty Images
SHEFA AMR, ISRAEL – MARCH 23: Ayman Odeh (at the rostrum), leader of Arab Joint List addresses supporters from their campaign headquarters in the city of Shefa Amr, Israel on March 23, 2021, after the end of voting in the fourth national election in two years. (Photo by Mostafa Alkharouf/Anadolu Agency via Getty Images).

The problem is that all the parties just mentioned, including the Palestinian-Israeli Joint List, only get Lapid to 57. He needs 61.

If Lapid can keep together this coalition, which looks more like the bar scene from Star Wars than a coherent political bloc, he could form a government if he could find 4 more seats.

Hence Bennet and his New Right, who, if he joined Lapid and the polychrome coalition, would put them over the top.

Bennett obviously makes a better fit with Netanyahu’s Likud and its allies. Netanyahu seems, however, only able to get to 59 seats at most, not enough to form a government, which would need 61 seats.

Netanyahu flirted with accepting the passive support of the Muslim fundamentalist United Arab List (Hebrew acronym RA’AM), which has 4 seats. (It is not to be confused with the secular Joint List, also Palestinian-Israeli). The far right Jewish religious parties who back Netanyahu, however, have ruled out serving in a government that is only kept afloat by Palestinian-Israelis. (That is my term for the 20 percent of Israelis of Palestinian heritage, who are often called Arab Israelis or the Arabs of 1948 because they were not expelled from the Galilee like about half of Palestinians who used to live in what is now Israel.)

The right wing religious parties issued an appeal on Sunday urging Israeli politicians to refuse to sit in a government with Palestinian-Israeli backing. They said no Israeli government should depend on the votes of parties that do not recognize the right of Israel to exist as a national state for the Jewish people. In other words, they made an ethnic-nationalist appeal for exclusionary power, for all the world as though they were the Eastern Mediterranean branch of the Ku Klux Klan. They called on Naftali Bennett to reject any such de facto coalition, as well.

The problem is that given how hated Netanyahu is, no government can now be formed without at least tacit support of the Palestinian-Israeli Joint List. The alternative is for Israel to go to its fifth election this summer.

In a startling change of mind, some 48% of Israelis now say they would support a government being formed with the support of the Palestinian-Israeli parties (see the video below).

If Bennett cannot swallow cohabiting with so many leftists and with Palestinian-Israelis and pulls out, then what? Lapid thus has one more possibility. He could reach out to the Muslim fundamentalist Ra’am, which is led by a Hebrew University-trained dentist from the Galilee, Mansour Abbas.

Abbas made waves on Saturday by giving a major speech in Hebrew, announcing himself as a potential force in Israeli politics. Despite his Muslim religious fundamentalism and his party’s backing for a right of return for expelled Palestinians, he is willing to trade horses with his Jewish colleagues and is seen by West Bank Palestinians as insufficiently supportive of their cause.

In parliamentary systems, many parties run, and then the victors attempt to form a post-election coalition. It is important for the persons recognized as prime minister to have 51% of seats, since anything less would risk their losing a major vote, in which case their government would fall and snap elections would have to be held. Their enemies could also call a vote of no confidence, and if the prime minister cannot muster 51%, again, the government falls.

Israel has experienced such deadlock for so long that it seems to me the Israelis would be better off moving to a US-style presidential, two-party system. That way, even if one party won by only a slim margin, there would still at least be a government.

In the US, in contrast, we might well now be better off with a parliamentary system. Our two-party system is not working, since one of the two major parties has gone around the bend and is hostage to forces– billionaires, gun nuts, evangelicals, white nationalists, and the tin-foil hat brigade– who have no respect for democracy and refuse to concede defeat, and who keep giving us candidates who are better suited for the insane asylum than the halls of power.

A multi-party system in the US, with a Green Party, Social Democrats, Libertarians and others running alongside the two major parties, would dilute the GOP craziness and allow a broader cross-section of American political voices to be heard.

ILTV: “Abbas & Bennett could decide the fate of Israel’s election”