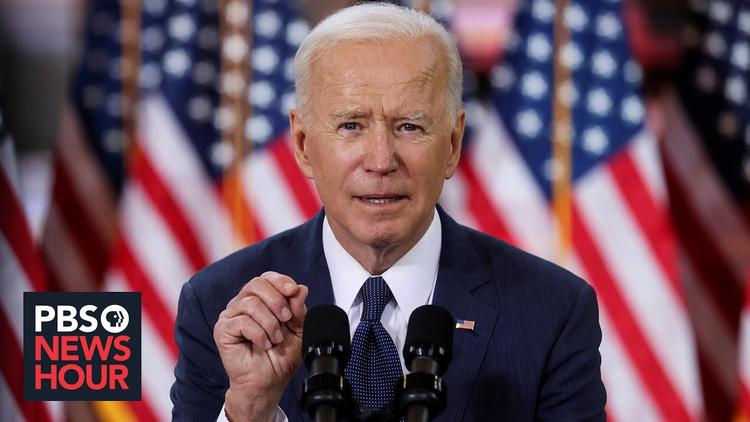 Ann Arbor (Informed Comment) – Reuters reports that President Biden intends to slash tax subsidies for fossil fuels like coal and petroleum and to use taxes instead to encourage renewable energy. Since jobs in the coal industry are plummeting, and since job growth in renewable electricity is over 3 percent a year, Biden’s plans will actually increase employment.

Secretary of the Treasury Janet Yellen explained that cutting fossil fuel subsidies would realize a revenue for the government of $35 billion over ten years. The exact subsidies to be cut were not identified, but an important one would be the provision that allows oil companies to write off the cost of new drilling. Keep it in the ground!

Reuters explains that Biden’s plan will instead extend tax credits to wind, solar and battery storage all through the 2020s, and will also incentivize the building of new high capacity electricity transmission wires. It will also push airlines to develop and use more sustainable fuel. Air travel produces about 2.5 percent of global carbon dioxide emissions.

So, why can we tie these changes in taxes and subsidies to jobs? Because Biden is backing the winners.

The 2020 US Energy and Employment Report shows that Alexandria Ocasio-Cortez and Bernie Sanders are on to something with the Green New Deal, and that President Biden’s adoption of elements of it is a promising step for the US economy.

As Karin Kirk at Yale Climate Connections points out in her canny survey of the implications of the report, politicians are all about jobs.

The figures are through the end of 2019, before the distortions of the Covid year of 2020.

There were nearly a quarter million jobs in the solar sector of electricity production, up by nearly 6,000 jobs, almost 3 percent, since the previous year. This 248,000 solar jobs demonstrates the dynamism of this energy sector. They amount to 27.8 percent of all the 896,800 electricity sector jobs in the United States, over a fourth.

Solar accounted for twice as many jobs as natural gas, which surprised even me. And whereas it added 6,000 jobs in a year, coal lost 7,000. We can see the future.

Wind energy companies employed 114,800 workers, nearly as many as did natural gas, and the sector grew by 3.2 percent year over year.

Together, wind and solar account for 40 percent of electricity sector jobs in the United States.

These two sectors saw a job growth total of over 10,900 new hires that year, more than for natural gas.

Some 2.4 million Americans worked in the fields of the transmission, distribution and storage of electricity. Since President Biden wants to build out a high capacity grid, that sector is likely to grow. It was relatively stagnant in 2019.

Then there is the necessary greening of transportation. The production of electric vehicles and plug-in hybrids employed 242,700 workers. Unfortunately, this sector showed a slight downturn in jobs year over year. President Biden wants to turn that around.

Kirk points out that many states are leaving jobs on the table by not developing renewable energy even when they have the capacity. I’d add that much of the South has enormous solar potential but that Republican politicians, often funded by Big Oil, often put in punitive fees to discourage it. Some of the states in the Great Wind corridor are also seeing moves in state legislatures to favor fossil fuels and punish wind. (I’m looking at you, Wyoming). It may be that federal policy can help get the ball rolling in some of these states, where ordinary people will suffer a polluted environment, sea level rise, superstorms, and other ill effects of fossil fuel-powered climate change and pay more than they should for the electricity to boot.