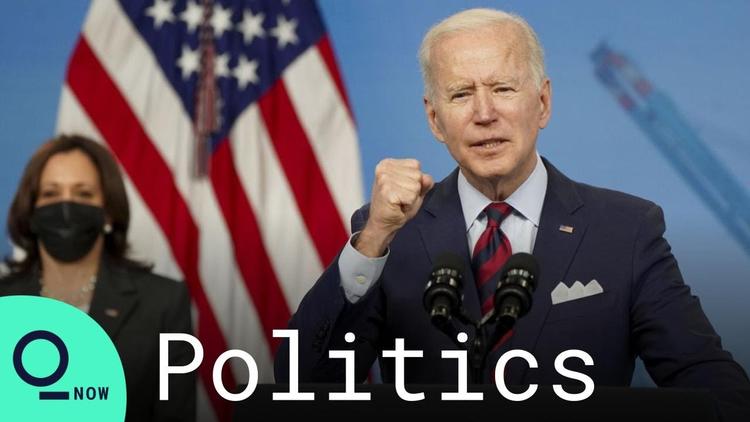 To avert the worst effects of climate change, global greenhouse gas emissions should fall at faster rates than they have risen for over a century. Economies must essentially turn on a dime and then move quickly toward a carbon-free future.

In the U.S., the Biden-Harris administration has recommitted the country to this goal and recently announced plans for major investments in clean energy infrastructure and research. To succeed, they should use their most powerful tool for amplifying the benefits of each investment: technology innovation.

As my research on technology innovation shows, government policies can kick off fast progress. The examples of solar energy, wind energy and lithium-ion batteries show how the process works. All three technologies improved at exponential rates alongside swiftly growing markets.

These trends were triggered by government policies in a handful of countries that drove global innovative activity and competition for market share, enlisting the creativity of companies and researchers to solve difficult problems, all while creating new businesses and jobs. The innovations occurred from early technology concept to adoption at scale, in engineering and science labs, on manufacturing floors and at construction sites.

Importantly, these examples demonstrated that the choice wasn’t between government intervention and competitive markets; the two together drove progress. Intentionally employing this combined effect is government’s best bet for accelerating progress on climate change going forward.

Lessons from renewable energy and batteries

Here’s how the process unfolded for solar energy. Starting in the 1970s and extending until the present day, countries including Japan, Germany, the U.S. and China began offering incentives for solar energy. The policies varied, but they all created financial incentives for energy project developers to build solar power facilities. In response, private companies around the world innovated to compete for market share. They improved manufacturing to waste less material and built bigger plants to increase productivity.

The resulting exponential trends in solar energy market expansion and cost reduction exceeded the projections of many experts. These trends were mirrored by those in wind energy and, a bit later, lithium-ion batteries for electric cars and other energy storage applications. The details of each technology’s process are different, but in all three cases, government policy was an igniting spark for rapid advancement.

Past developments in solar energy, wind energy and batteries are encouraging. But other technologies are needed for a clean energy transition, including those that can help fully decarbonize heating, electricity, industry and transportation. Progress must be faster and be more comprehensive (covering all energy services) than what has come before.

In one decarbonized future scenario, nearly all cars are electric, charged using carbon-free electricity. Across U.S. cities, residents use clean energy-fueled public transit for travel on most days, simply because it is convenient. People walk and bike along safe and enjoyable routes. Goods are delivered in electric vans, and people and products are transported longer distances by planes, rail, ships and trucks, all running on carbon-free fuels. It is easier for households and office buildings to opt into energy efficiency improvements and electrified heating than to opt out. Heavy industry runs on low-carbon fuels and captures any carbon dioxide before it is emitted.

To get there quickly, innovation is needed in physical technologies and infrastructures, like ultra-low-cost batteries, carbon-free jet fuel and resilient power grids, but also in software and business models. Better software could help predict and manage shortfalls and excesses in variable renewable energy. New business models are needed to enable a more integrated energy system, where excess renewable electricity is used to produce carbon-free fuels, such as hydrogen, and electrified industrial processes can turn on and off, acting as storage for the power grid.

There’s no single playbook for government policy-driven technology innovation, since the process works best when policies are matched to the innovation challenge in question.

For some innovation challenges, greater emphasis should be placed on research to advance a range of technology options – for example, for low-carbon jet fuels. Other policies can incentivize private-sector demonstration of a new approach at scale, such as schemes to manage electric vehicle charging and use their batteries (perhaps even as they are “retired” from cars) as energy storage for the power grid. As technologies advance, stimulating market adoption becomes critical, as we saw in the last two decades for solar and wind energy. At the same time, regulating emitters can encourage innovation in mature industries and is absolutely essential for ensuring sufficient emissions reductions across the economy.

Beyond driving better technology performance, well-designed innovation policies will create local economic growth opportunities and high-quality jobs. Moreover, policy can be intentional about drawing on expertise in the oil, coal and natural gas industries and create new employment opportunities as fossil fuel use declines. In this way, the U.S. can find its equivalents of the Danish company Orsted, which parlayed its fossil fuel expertise in offshore drilling to become a global leader in offshore wind.

It is easy to get stuck thinking in linear terms, but technology has a tendency to change exponentially. Left to its own devices, technological change will not necessarily solve climate change, especially not in the limited time we have left to act. But my research on technology evolution suggests that government policy can help propel this powerful process toward rapid progress and beneficial outcomes.