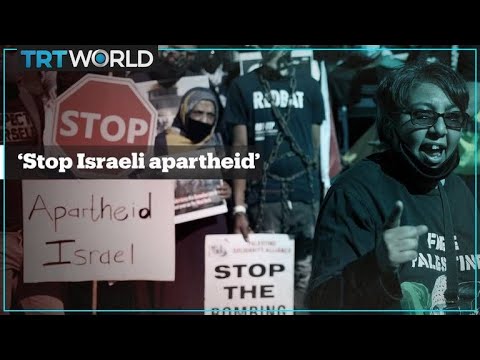 ( Human Rights Watch) – Forcible takeovers of homes, brutal suppression of demonstrators, places of worship under assault, identity-based communal violence, indiscriminate rocket attacks, children killed in strikes: what to make of the dizzying headlines out of Israel and Palestine in recent days?

Without doubt, the recent events in Gaza and Jerusalem have given rise to grave abuses. We are investigating and will take some time as we gather the facts. There are, though, some preliminary takeaways based on what we do know.

The escalation began over the move to take over several Palestinian homes in the Sheikh Jarrah neighborhood of East Jerusalem, which Israel has annexed but is occupied territory under international law. Israel planned to evict the Palestinian residents and transfer their longtime homes to Jewish settlers. Israeli courts allowed these moves under a 1970 Israeli law that facilitates the return of property to Jewish owners or their heirs, including Jewish associations acting on their behalf, that they claim to have owned in East Jerusalem prior to 1948, when Jordanian authorities assumed control until 1967.

The Palestinian families involved had earlier been displaced from inside what is today Israel. They are barred by law from reclaiming their land and homes, which the Israeli authorities confiscated, along with land belonging to many other displaced Palestinians, as “absentee property” in the aftermath of the events around the establishment of the state of Israel between 1947 and 1949. A final court ruling on the matter is expected soon.

This discriminatory treatment, with the exact opposite legal outcomes for claims of pre-1948 title to property based on whether the claimant is a Jewish Israeli or a Palestinian, underscores the reality of apartheid that Palestinians in East Jerusalem face. Nearly all Palestinians who live in East Jerusalem hold a conditional, revocable residency status, while Jewish Israelis in the same area are citizens with secure status. Palestinians live in densely populated enclaves that receive a fraction of the resources given to settlements and effectively cannot obtain building permits, while neighboring Israeli settlements built on expropriated Palestinian land flourish.

Israeli Authorities and the Crimes of Apartheid and Persecution

Israeli officials have intentionally created this discriminatory system under which Jewish Israelis thrive at the expense of Palestinians. The government’s plan for the Jerusalem municipality, including both the west and occupied east parts of the city, sets the goal of “maintaining a solid Jewish majority in the city” and even specifies the demographic ratios it hopes to maintain. This intent to dominate underlies Israel’s crimes against humanity of apartheid and persecution, which Human Rights Watch documented in a recent report.

To protest the planned Sheikh Jarrah evictions, Palestinians held demonstrations around East Jerusalem, some of which included incidents of rock-throwing. Israeli forces responded by firing teargas, stun grenades, and rubber-coated steel bullets, including inside al-Aqsa Mosque, injuring 1000 Palestinians, 735 by rubber bullets, between May 7 and May 10, according to the United Nations Office for the Coordination of Humanitarian Affairs (OCHA). At least 32 Israeli officers have also been injured, according to figures cited by OCHA.

These practices stem from a decades-long pattern of Israeli authorities using excessive and vastly disproportionate force to quell protests and disturbances by Palestinians, often resulting in serious injury and loss of life.

Protests later broke out both in the West Bank and inside Israel.

Seeking to take advantage of the opportunity to brandish their image as defenders of al-Aqsa Mosque, Hamas and Palestinian armed groups in Gaza fired rockets at Israeli population centers. Three people in Israel have been killed as a result, as of May 11. Such attacks, which are inherently indiscriminate and endanger the lives, homes, and properties of tens of thousands of Israeli civilians, are war crimes, as Human Rights Watch has extensively documented over the years.

In response, Israeli forces launched airstrikes in the Gaza Strip. The Palestinian Health Ministry reported on May 11 that these strikes killed 30 Palestinians, including 10 children, though there are reports that some may have been killed in errant rocket attacks by Palestinian armed groups. The legality of each strike requires thorough investigations, but the use of explosive weapons with wide area effects in the densely populated Gaza Strip, where more than 2 million Palestinians live in a strip of territory that is 41 kilometers long and between 6 and 12 kilometers wide, and targeting at times of residential buildings is likely to harm civilians.

During armed hostilities over the last decade plus, Human Rights Watch has documented the regular use of excessive and vastly disproportionate force by Israeli authorities, at times deliberately targeting civilians or civilian infrastructure.

For years, this cycle of escalation has played on loop, at varying degrees of intensity. Even if the immediate crisis subsides, the vicious cycle will continue so long as impunity for serious abuses remains the norm and the international community fails to take the sort of measures to ensure accountability that a situation of this gravity warrants.