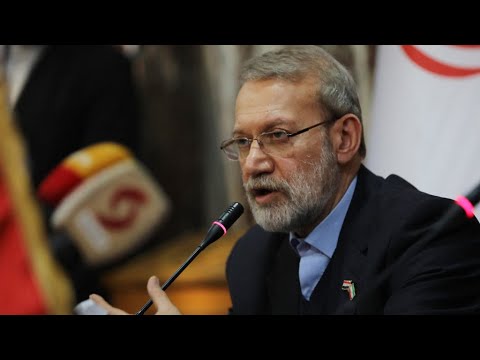 ( RFE/RL ) – Less than a month before Iran’s June 18 presidential election, there are few signs of enthusiasm about the vote.

For many Iranians, voting in the Islamic republic has often been a choice between bad or worse.

Elections in Iran are tightly restricted, with candidates being preselected by hard-liners on the country’s unelected Guardians Council.

Frustrated by the limited powers of elected officials, their failure to deliver on promises, and the absence of meaningful change to the lives of ordinary citizens, some Iranians have concluded that staying away from the ballot box is the right choice this year.

Who Are The Early Contenders For Iran’s Looming Presidential Vote?

Among them is Maryam (not her real name), a Tehran-based office manager who says she will not be lured to vote in June.

Fresh in her mind is the deadly November 2019 crackdown by authorities against antiestablishment protesters. According to Amnesty International, at least 300 people were killed.

She also remembers the deaths of many Iranians in the downing of a Ukrainian passenger jet near Tehran by the Islamic Revolutionary Guards Corps (IRCG) in January 2020, a tragedy that led to anger and protests against what was seen as an initial cover-up attempt.

“There is no way I will vote,” she says. “My vote has never brought any change anyway. Things have only gotten worse.”

Opinion polls and debates on social media suggest many others also will stay away from the polls due to a long list of grievances.

There is dissatisfaction with an ailing economy crushed by ongoing U.S. sanctions. State repression is on the rise, as well as poverty, corruption, and perceived nepotism.

Many politicians are seen as incompetent. There has also been frustration over the mishandling by authorities of the coronavirus pandemic and a slow vaccination drive.

Turnout for the 2019 parliamentary elections hit a new historical low for the Islamic republic, a disconcerting sign for leaders who often refer to high election turnout figures as a claim to their legitimacy.

The results of one telephone poll published on May 15 by the state-owned Iranian Student Polling Agency (ISPA) predicted turnout in June could be as low as 40 percent. It said 43.8 percent of respondents indicated they will “definitely participate in the presidential election,” while only 5.5 percent said they were “very likely to participate.”

The ISPA concluded that “due to lack of cooperation with pollsters and slight conservatism in the telephone poll, the [expected] turnout is currently estimated at 40 percent.”

I couldn’t imagine that my 19-year-old innocent Reza would be killed in the street. I call on the people not to vote because one day their children could meet the same fate.” — Mother of Reza Moazami Goudarzi

Another poll by state-controlled television in early May found that 51 percent of voters in the survey said they don’t plan to vote in June. By comparison, only 30 percent said they would cast a ballot.

During Iran’s last presidential election in 2017, turnout was 73 percent, according to the Interior Ministry. Many said they had voted for the self-proclaimed moderate, incumbent President Hassan Rohani, in order to block hard-line cleric Ebrahim Raisi from winning.

Earlier this week, 230 activists within Iran signed an open letter calling for an election boycott in order to bring about “a nonviolent transition from the Islamic republic to the rule of the people, by the people, and for the people.”

“We boycott the June 18 presidential election show so that the current anti-people establishment does not endure,” the letter said. Signatories included political activists such as jailed filmmaker Mohammad Nurizad and former political prisoner Heshmatollah Tabarzadi.

“The main barrier for a secular and democratic system is the Islamic republic,” Tabarzadi told RFE/RL’s Radio Farda in a telephone interview from Tehran. “[The authorities] know themselves that the majority of people do not support them.”

“The establishment does not react to these calls,” Tabarzadi said. “They have reached the conclusion that the best thing to do is to remain silent in reaction to these statements and campaigns because, as you see, there are many supporting these [boycott] calls.”

There have also been boycott calls on social media by some parents of children who have been killed in state repression, such as the November 2019 crackdown. They’ve been using the hashtag, in Persian, of #Notovoting.

“I’d like to tell the Iranian people that, as a mother, I didn’t think I would lose my son like this,” the mother of Reza Moazami Goudarzi said in a video posted online recently.

Goudarzi was shot dead in the crackdown against the November 2019 protests, which were sparked by a sudden rise in the price of gasoline.

“I couldn’t imagine that my 19-year-old innocent Reza would be killed in the street,” she said. “I call on the people not to vote because one day their children could meet the same fate.”

Mohammad Karimbeigi says he also won’t be voting because he wants to protest “42 years of injustice, inequality, killings, unemployment, and poverty.”

Karimbeigi is the father of Mostafa Karimbeigi, who was killed at the age of 26 in the 2009 crackdown against protesters who disputed Iran’s official presidential election results.

Berlin-based Iranian journalist Ehsan Mehrabi told RFE/RL that Iranian authorities appear to be bracing for a low turnout in June.

“Some of the hard-liners have said for months that, despite a decrease in turnout, what is important is electing an efficient [president],” Mehrabi said. “Therefore, it appears that authorities in the Islamic republic are ready, to some extent, for a lower turnout than usual.”

Mehrabi predicted that Iranian authorities also could try to blame the coronavirus pandemic for voter apathy.

Speaking to the Associated Press on May 19, Guardians Council spokesman Abbas Ali Kadkhodaei argued that a low turnout in June would not damage the legitimacy of the establishment.

“The public, social, and political expectations always desire a high turnout,” Kadkhodaei said. “Nevertheless, from the legal and lawful point of view, low turnout does not bring about any legal problems” with the election’s credibility.