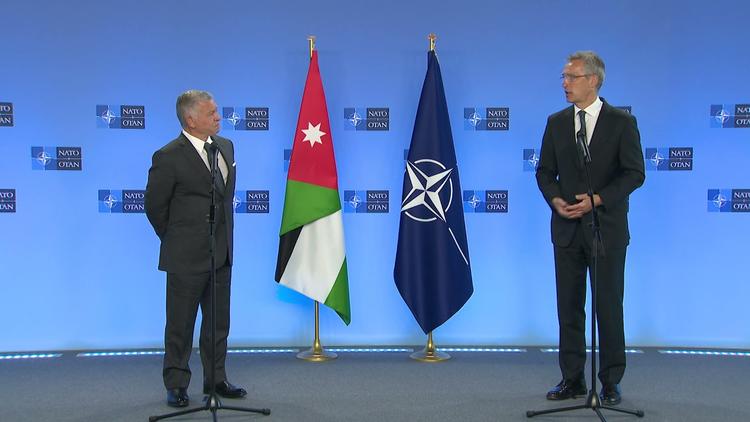 When the Jordanian royal family gathered on April 11 to celebrate 100 years since the kingdom’s foundation, it was a picture of dynastic unity. Alongside King Abdullah was his half-brother, the former crown prince Hamzah bin al-Hussein, who had only days ago been placed under house arrest, following what was reported in the world’s press as a “coup attempt”. The king gave interviews assuring the outside world that all was well and that the former heir to the Jordanian throne had offered him his loyalty.

In no other area of the world do royal families dominate politics as much as in the Middle East. Six of the states on the Arabian peninsula are monarchies, as are Jordan and Morocco. Royals not only rule in these states, but in most cases members of the royal family dominate positions of influence in government and business sectors.

This prevalence of absolute monarchies in the Middle East has puzzled scholars for decades. Many somewhat arrogantly assumed that these modes of governance would die out as the states modernised and “inevitably” followed the western model, becoming republics or embracing the constitutional monarchy model. Yet the monarchies have proved to be rather resilient.

During the seismic regional upheaval of the Arab Spring from 2010 onwards, a number of republics were convulsed by revolution. But, while several monarchies endured significant protests, none fell – and few really looked in mortal peril.

How do the monarchies hold on?

Investigating the roots of this resilience has engendered a burst of scholarship. Some scholars have argued that monarchies were culturally or otherwise locally attuned and fit simply into prevalent tribal heritages. Others suggested that monarchies are more effective at controlling opposition or that they oppress their way to relative stability.

But such explanations struggle to contend with the region’s history. Any sense of a special predilection in the Middle East for monarchy is undercut by the reality that many monarchies have fallen in the past century or so, as in Egypt, Tunisia, Iraq, North Yemen, South Arabia, Libya and Iran.

A more compelling explanation is likely to lie elsewhere. For the Gulf monarchies, it is difficult to get away from the transformative impact of gargantuan levels of hydrocarbon resources.

Wealth alone is far from a panacea – just ask citizens in Iraq, Iran, or Venezuela. But the careful and effective distribution of wealth has surely been a critical factor engendering comparative stability in the monarchies. Not only that, but all monarchies occupy important geostrategic locations. As such, they arguably benefit from the support of influential external states in maintaining the status quo – including the US in the case of the Gulf monarchies and Jordan, and France in the case of Morocco.

The kings and emirs of these states are not elected, and criticising them or their position is usually a bright red line that citizens do not cross. Still, neither are they despots, and they rule with often a surprising degree of support from a range of constituencies.

Indeed, most royal elites created systems to place themselves at the apex of wealth or favour redistribution schemes that are baked into the state’s political economy. This means they have created strong and sometimes diverse groups of individuals and structures in society who continue to be dependent on the status quo from which they benefit.

These benefits vary from country to country. Monarchs in the Gulf have long overseen some of the world’s most generous welfare state systems, as well as low rates of taxation, sometimes explicit promises of jobs in the government sector, and a litany of subsidies. Similarly, in Jordan it has long been argued that elites used government handouts and patronage to boost support in key tribal constituencies.

This system has worked for decades, but is coming under increasing pressure. Indeed, arguably the central problem that the monarchies face, albeit to varying degrees, is that their economies are classed as rentier economies. This means that, in reality, a comparatively small percentage of the populations are involved with making the majority of the state’s income, which tends to come from extractive industries (oil, gas, minerals) or international support.

The obvious issues here are that these resources are finite and subject to wildly shifting demand and prices. The influence of, for example, hydrocarbons on local economies is so pervasive that it tends to inhibit the emergence of an autonomous, functioning economy. Overall, this means that the state’s GDP lurches around according to factors well beyond the control of the state, which has long played havoc with governments striving to set a sustainable, clear, long-term budget.

Diversifying these economies away from a reliance on these kinds of basic sources of income has been a goal for generations. The results show that states fail to meaningfully diversify unless they are forced to – and even when the wells run practically dry, they switch, like Bahrain, to relying on other monarchies for financial support.

The recent elite spat and mini crisis in Jordan is arguably rooted in precisely these kinds of economic concerns. But, if recent reports are to be believed, the family squabble has been resolved, order has been restored and – for the time being at least – the status quo appears to have survived.

NATO: “Q
NATO Secretary General with the King of the Hashemite Kingdom of Jordan🇯🇴, 05 MAY 2021”