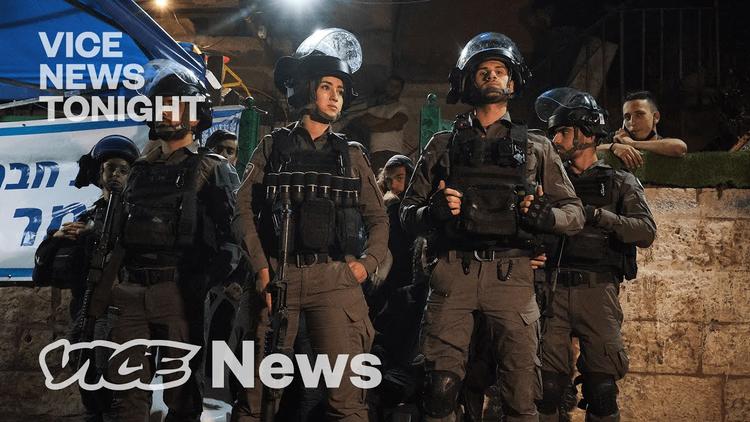 Belfast (Special to Informed Comment) – The latest escalation in violence in the Middle East was sparked by the Israeli government plan to ethnically cleanse dozens of Palestinian families from the Palestinian neighborhood of Sheikh Jarrah in Jerusalem. Most of these families had been previously forced from their homes in 1948 when Israel was created on Palestinian land, by means of massacres and ethnic cleansing.

I personally had the experience of working and living in a hospital in Sheikh Jarrah in the 1990s. This enabled me to witness the level of discrimination against the Palestinians in terms of poverty, housing, infrastructure, health care, leisure facilities, education and other services.

East Jerusalem Palestinians refused Israeli citizenship when Israel illegally annexed it from the West Bank, so the Israelis gave them residency permits instead. The rights these bestow are fragile, even for Palestinian families who have lived there for centuries. A colleague of mine was rushed to sign a sheet, without having even read it, by council workers who came to his house, which stated that he didn’t live in Jerusalem– whereas actually his house was in the old city of Jerusalem. This meant that he could have been expelled from the city. If single Palestinians with an Israeli permit to live in Jerusalem take a spouse from the West Bank, they aren’t allowed to bring their mate to live with them in the city. If they then leave to be with their spouse on the West Bank, their Jerusalem residency permit is revoked.

Sheikh Jarrah itself is a reflection of what’s happening in Jerusalem and in historic Palestine as a whole. When I lived there, some Palestinian families who were stripped of their Jerusalem ID cards in an attempt to uproot them from their city had to share a building which had no windows or doors. They also had to share temporary outdoor toilets. Not far from that building, extremist Israelis sprayed on a wall the phrase ‘death to Arabs’ in Hebrew which is the same slogan they chant during rallies organized by the constantly rising Israeli far right, the natural ally and coalition partners of the Israeli PM Netanyahu.

Now that I’m thousands of miles away from Jerusalem watching the ethnic cleansing of Palestinian families, I’m shocked that this is happening before the eyes of Western diplomats as Sheikh Jarrah also houses a number of consulates including Britain’s, the country that issued the 1917 Balfour Declaration which paved the way for the ethnic cleansing of the Palestinians by Zionist gangs in the 1940s in order to create Israel. Belgium, which is the host of several EU institutions, and which is and important Israel trading partner, has its consulate in Sheikh Jarrah as well. Sweden, which is perceived as an example for respecting human rights, has a consulate there as well.

In addition, Israeli police have attacked Palestinian Muslim worshipers in the nearby Aqsa mosque compound and outside it, wounding hundreds. Palestinian Christians celebrating Easter were also assaulted by the Israeli police which was overlooked by the media. As the world opted to turn a blind eye, Palestinian factions in Gaza warned for a number of days that they could not remain silent in the face of sacrilege. Instead of defusing the situation, Israel continued its aggression, which provoked Palestinian factions in Gaza to fire home-made primitive rockets at Israel.

Instead of living up to its responsibilities as the occupying power, Israel began indiscriminately bombing the besieged and densely populated Gaza Strip, using some of the world’s most sophisticated weapons. According to the Palestinian ministry of health, 230 Palestinians were killed including 65 children, 39 women and 17 elderly.

Israel also allowed its extremists to attack the native Palestinian citizens of Israel who are a minority that should be protected by the government. One Palestinian was killed by an Israeli extremist in the city of Lod while a 17-year-old Palestinian was shot dead on his way home from school by the Israeli police in Om Elfahem. Actually Israeli treatment of its Arab citizens in its latest war on Gaza is a confirmation of statements made by human rights groups such as the Human Rights Watch and B’Tselem that Israel is an apartheid state. During Aljazeera’s live coverage of events on May 20, its correspondent in Arabic Elias Karram pointed out that Israel iron dome air defense system is programmed to ignore Arab bedouin communities in the Negev, leaving them without protection as Israel does not recognize them and does not provide them with any services though they lived there well before Israel was founded.

As I’m writing this article, a ceasefire has come into effect, which is a repetition of what happened in previous Israeli wars on Gaza. Just another truce while awaiting another Israeli aggression, without resolving the main issues. The way forward is for the International Community to apply pressure on Israel to comply with the International Law, i.e. UN resolutions and the 4th Geneva Conventions, the only way to achieve long lasting peace.

Vice News: “Inside the Battle for Jerusalem”