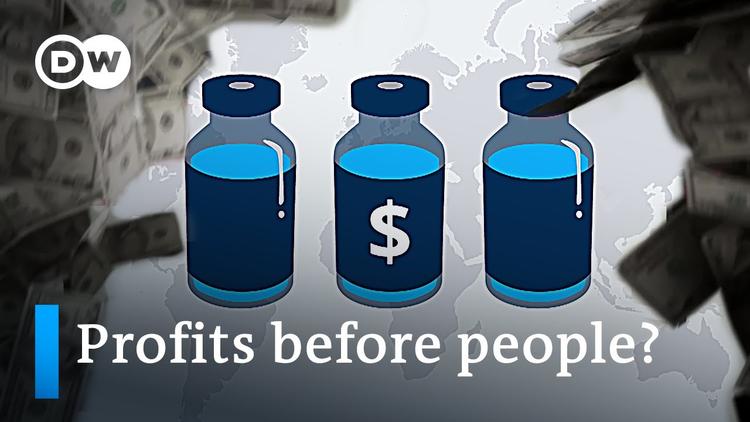 Southwest Harbor, Maine (Special to Informed Comment) – It is a familiar story. A Pharma giant sells life- saving vaccine , which costs no more than 7 dollars a dose, to most nations at almost 20 dollars per shot. Knowing that unseemly profits in the midst of a global pandemic may elicit outrage and perhaps even a political response it makes its own preemptive strike.

Nick Dearden, director of Global Justice Now, points out: “Pfizer claims these astronomical prices are needed to recoup R&amp;D costs. But a glance at their accounts last year shows that the corporation returned a whopping $8.4 billion to shareholders in dividends and reported a profit of $8.7 billion.

Even as it rakes in extraordinary profits it continually presses for more. Nick Deardon, again:, quoting from the company:. “While the global intellectual property environment has generally improved following WTO-TRIPS and bilateral/multilateral trade agreements, our growth and ability to bring new product innovation to patients depends on further progress in intellectual property protection [emphasis added].”

Pfizer can push for more in at least two ways. It can develop and market a new blockbuster drug, preferably one for a condition requiring continuous medication. Though Pfizer, like most big Pharma firms, maintains it uses its profits to fund research, most of the development costs for the new vaccines was met by governments. For big Pharma the safer strategy is to lobby governments to build and strengthen its monopoly position. Property is something more complex and abstract than the picture of the back yard that comes to mind Intellectual property is constituted by the number of years for which monopoly status is granted, by complex licensing agreements, strategic law suits against potential competitors, and agreements regarding under what conditions competition from generics is allowed and or imports from foreign markets.

Pfizer has not been shy in pushing governments for the most favorable rendition of its monopoly status. Not only does it push for domestic policies that advance its interest it seeks to embed these principles in all so called free trade agreements. This strategy may be as or more harmful to developing nations as is the price gouging on world drug markets.

Dearden points out: “Pfizer and its lobbying body PhRMA were the top spending lobbyists in the US healthcare sector in the last 2 decades. They use the power lobbying gives them to promote and extend their rights of secrecy (‘data exclusivity’) over medical development and their monopoly protection which allows them to charge astronomical prices. They support the US government including higher levels of monopoly protection in new trade deals.

Pfizer has what amounts to a license to print money. It has near monopoly rights to produce for a market in which demand is virtually inelastic, and it used profits from that market to lobby and buy elections. As for the incentives to fashion new drugs it may be the case that the current system does more to incentivize the wrong behavior. MSF ran a campaign against the price of Pfizer’s pneumonia vaccines, which it claimed were 68 times more expensive in 2015 than in 2001. While Pfizer did reduce prices for the lowest income countries, MSF said the cost to vaccinate remained “roughly US$9 for each child to be vaccinated in the poorest countries, and as much as $80 per child for middle-income countries”. It claimed Pfizer and GSK have earned over $50 billion for the drug, but “Today, 55 million children around the world still do not have access to the pneumonia vaccine, largely due to high prices.”

Not only is such aggressive behavior encouraged, communication among scieentists with expertise in these areas excluded. Such free communication as well as scrutiny of and by one’s peers discouraged. This is one essential ingredient of a healthy science.

Pfizer has said it will suspend patent protection until the pandemic is over. But as Dearden points out, they will decide when it is over. There is little reason to trust them. A system of laws that provide patent protection for life saving drugs or vaccines is based on a concept of intellectual property that extends Lockean notions of property (if I cultivate the land I own it) to an even broader claim that nature as a whole can be treated as a commodity bought and sold on markets with an objective of maximizing one’s wealth.

Native Americans were demonized for their resistance to this aggressively acquisitive orientation to the endowments of lands, waters, and forests.

Joseph Stiglitz and Lori Wallach point out in WaPo, “Had WTO members agreed to waive aspects of its agreement on trade-related intellectual property for covid-related medicines….. last October, poor nations might not wait until 2024 for vaccines, as projected.

Waiving intellectual property rights so developing countries could produce more vaccines would make a big difference in reaching global herd immunity. Otherwise, the pandemic will rage largely unmitigated among a significant share of the world’s population, resulting in increased deaths and a greater risk that a vaccine-resistant variant puts the world back on lockdown.”

President Biden should suspend all drug and vaccine related patents. In the long term we must treat public health as a common good, a good upon which all of our virtues depend. Its content lies in a shared recognition of an obligation to the health of all even as we periodically debate its implications in a culturally and technologically dynamic world.

Can a patent waiver speed up the global COVID vaccination drive? | DW News