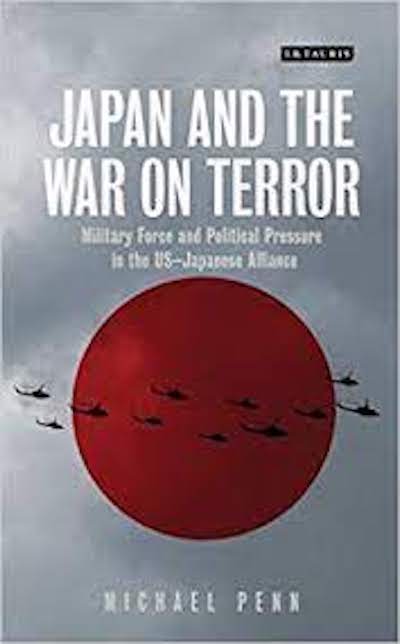 Tokyo (Special to Informed Comment) – The recent flareup of the Israeli-Palestinian conflict has revealed the degree to which pro-Israel sentiment has crept into the views of Japan’s conservative government.

The most overt indication of this trend became visible in the tweeting of State Minister for Defense Yasuhide Nakayama. He entered the fray on May 12 with a Japanese-language tweet which declared,

What would you do? One day, more than 300 rockets were suddenly shot by terrorists within 24 hours, robbing the lives of their beloved family members and their homes. Israel has the right to protect itself from terrorists. Who was the first to shoot rockets at the general public? Our heart is with Israel.

He followed up this message with several retweets from the official account of the Israel Defense Forces.

Nakayama’s tweets attracted considerable attention in Japan because he is not just any ruling party lawmaker, but currently the No. 2 official in the Ministry of Defense, a former State Minister for Foreign Affairs, and a senior figure within the nation’s foreign and defense policymaking tribe.

Confronted by Japanese reporters the same evening, Nakayama refused to back down, adding, “I have never written that Palestinians are terrorists. Hamas, which the Public Security Intelligence Agency and the United States have designated as terrorists, is firing missiles.”

The official position of the Japanese government, issued by the Ministry of Foreign Affairs the day before Nakayama’s tweets, tried to strike a more even-handed tone.

While the Japanese government disapproved of “the firing of rockets from Gaza and the clashes in East Jerusalem,” it also described the eviction of Palestinian families from the Sheikh Jarrah neighborhood in East Jerusalem as an example of “settlement activities by the government of Israel,” which are “in violation of international law, and thus totally unacceptable.”

Michael Penn, Japan and the War on Terror. Click to Buy.

However, in response to Nakayama’s contention that Israel was simply defending itself from “terrorists” and that “our heart is with Israel” (presumably intended to indicate that Japan’s heart is with Israel), the government of Prime Minister Yoshihide Suga made no effort to clarify its stance.

When asked by reporters, Chief Cabinet Secretary Katsunobu Kato (whose position, in US terms, is sort of a combination of presidential chief of staff and White House spokesman) dismissed the matter, saying that Nakayama had used his “personal” Twitter account and that he didn’t know “his intentions” in sending out the controversial tweet.

That was where the government left it—not even a slap on the wrist.

The next major development came on May 14, when the Foreign Correspondents’ Club of Japan invited diplomats from Palestine and Israel to back-to-back press conferences to discuss the flareup of violence.

When asked about Nakayama’s comments, Palestinian Ambassador to Japan Waleed Siam didn’t hold back, stating, “It sent a clear message; a lack of respect for the loss of innocent lives of Palestinian civilians that are being killed by the so-called ‘self-defense.’ He clearly supports this killing, apparently. His statement is a racist and discriminatory policy against the Palestinian people, and supports the Israeli apartheid regime and the ethnic cleansing that is ongoing.”

In his press conference, Israeli Charge d’Affaires Israel Strulov, praised Nakayama’s tweet, declaring that “these were the voices that we were hoping to hear, not only from him… We appreciate his voice and his support, and definitely this is encouraging us within this complicated situation.”

Most recently, when Nakayama was questioned on Tuesday by opposition lawmakers at a meeting of House of Councilors Foreign Affairs and Defense Committee, he refused to withdraw his tweet and statements, parroting the line of the government spokesman that it simply represented his personal view, and that his position as the No. 2 official in the Ministry of Defense implicated Japanese official policy in no way whatsoever.

But deeper than the specific events of the Nakayama controversy of the past week or so, it is the case that many conservatives within the Japanese government tend to sympathize with Israel more than the Palestinians. It is a trend that has strengthened in recent decades.

Perhaps its most critical spring for this sentiment is the US-Japan Alliance, which is by far the most important pillar of Japan’s foreign policy.

So long as their allies in Washington lean in support of Israel, so will the Japanese conservatives who have tied their own political identity to the alliance cause. Reflexively and without careful examination, they will take Israeli views more seriously than Palestinian views.

In this sense, Nakayama’s declaration that “our heart is with Israel” is apt, if the “our” is understood to mean conservative Japanese government officials.

Nakayama’s explanation to reporters that “the Public Security Intelligence Agency and the United States have designated [Hamas] as terrorists” is also indicative. Japanese conservatives long ago embraced the “War on Terrorism” as part of their own world view.

Thus, if the US government designates a certain group as a “terrorist organization,” then Japanese conservatives will quickly accept that judgment as being normative, again not really interested in making their own independent evaluations of the facts or even of Japanese national interest.

Emotionally, Japanese conservatives regard the Palestinians as that worst of things—people who are disrupting the social and international order, and thus a threat that it is only right for Israel to suppress.

And thus Japan, so long as it continues to be governed by the conservatives who have dominated it for decades, will lean toward Israel, even when they take a formally neutral position.

Michael Penn is President of the Shingetsu News Agency and author of the book “Japan and the War on Terror.”