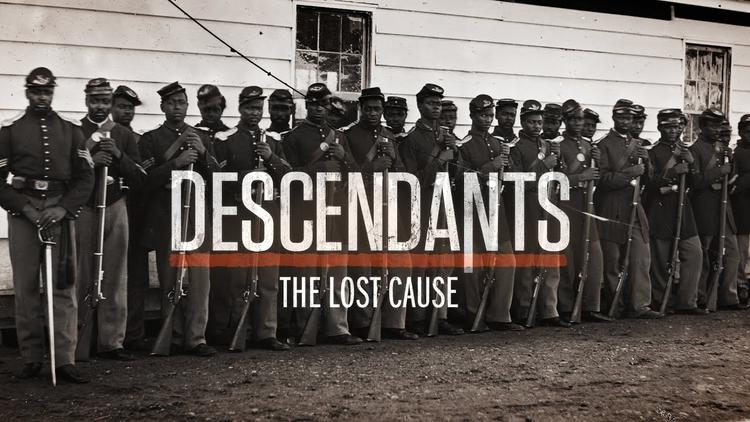 Chicago (Special to Informed Comment) – Big Lie propaganda, that the 2020 election was stolen, rewrites history and fuels the current Republican war on democracy. Similarly, Confederate Lost Cause propaganda incited a wave of anti-democratic laws and rewrote the history of the Civil War by asserting that slavery did not cause the War and that the South was the innocent victim of an unjustified invasion by the North.

The Confederate flag paraded inside the ransacked Capitol during the January 6 attack symbolizes the link between the Big Lie and the Lost Cause. As Pulitzer Prize-winning historian David Blight said, “When I first saw that photo, it made me angry: a new ‘lost cause’ had stormed the U.S. Capitol flying the flag of the original Confederate Lost Cause.”

Big Lie mythology recasts the violent attack on the Capitol as a patriotic protest, even “a normal tourist visit,” and attempts to de-legitimize Joe Biden’s election victory and destroy democratic norms. It claims that the election loser should be “reinstated” as winner and is used to “justify” passing restrictive, Jim Crow-style election laws to ensure that Republicans will never lose another election. Both the Big Lie and the Lost Cause are assaults on democracy and both are creations of reality-denying disinformation campaigns.

The heart of the Lost Cause is the contention that the origins of the Civil War had nothing to do with slavery. Various components of the Myth were propagated through articles, monuments, movies and novels, but the Myth was named and originated in a 1866 book The Lost Cause: A New Southern History of the War of the Confederates. Author Edward A. Pollard re-framed the War as a revolt against a despotic federal government — an assertion of states’ rights rather than an act of treason to preserve slavery and create a slave empire. Henry Louis Gates, Jr., in his book Stony the Road, sarcastically called this Myth “a new American Revolution with Robert E. Lee as George Washington in a gray uniform.”

We know the Lost Cause is a lie because the Southerners who launched and fought the Civil War told us so. “Our position is thoroughly identified with the institution of slavery — the greatest material interest of the world,” Mississippi lawmakers declared during their 1861 secession convention. Slavery was “the immediate cause of the late rupture and present revolution,” said Confederate vice president Alexander Stephens. The Lost Cause was an attempt to recast the Confederacy as “something predicated on family and heritage,” wrote Clint Smith in The Atlantic, “rather than what it was: a traitorous effort to extend the bondage of millions of Black people.”

The goals of Reconstruction [1865-1877] were the ending of discrimination against the formerly enslaved and fully vesting them with political, legal, and economic rights. However, the promise of emancipation and the creation of a multiracial democracy unraveled at the hands of a racist, recalcitrant South and an increasingly indifferent North. According to Reconstruction scholar Eric Foner, the Lost Cause advanced the proposition that “Reconstruction was a vindictive effort by Northerners to punish white Southerners” and further falsely argued that “Since Black people were incapable of taking part intelligently in a democratic government, the overthrow of Reconstruction was legitimate.”

As the gains of Reconstruction were systematically erased, the country was infected with the spread of white supremacist ideology in the form of Jim Crow culture and politics. Pervading nearly every facet of American life, this elaborate system of racial hierarchy demeaned Blacks, imposed segregation, disenfranchised Black voters, and waged domestic terror. Contrary to reality, the Lost Cause implied that the federal government asserted dictatorial power and pushed Reconstruction too fast; otherwise, the country would have healed and all that violence would have been avoided. The Myth propagates contempt of government.

Government-hatred is a significant component of Big Lie propaganda which professes that election fraud was part of a massive governmental conspiracy that requires distrust not only of reporters and of experts but also of local, state and federal government institutions, from poll workers to elected officials, Homeland Security and all the way to the Supreme Court. Fox News segments have even warned that Democrats want to force a “new version of Reconstruction” on an unsuspecting public.

The effective end of Reconstruction and the beginning of the Jim Crow era was the Compromise of 1877 — a terrible congressional deal, which caved to Southerners. It resolved the disputed presidential election: Rutherford B. Hayes became president provided he withdrew federal troops from the South. The Compromise “is the original sin of American history in the post-slavery era,” wrote historian Timothy Snyder, “our closest brush with fascism so far.” The venomous Texas coward Ted Cruz disingenuously invoked the 1877 Compromise when he prostrated himself to the Florida Fascist and announced his intention to challenge Joe Biden’s Electoral College victory. However, his reference to the 1877 arrangement that effectively banned African Americans from the voting booth and launched legal discrimination was disgustingly appropriate as he inadvertently connected Lost Cause racism to the Big Lie.

The Lost Cause propaganda campaign forms the historical precedent for the MAGA Big Lie. Both of their delusional claims are driven by racial anxiety, white grievance, and emotionally fragile minds that cannot face reality. Losing the distinction between what feels true and what is actually true, both Big Lies proclaim a version of history that rests on well-documented falsehoods. “For so many, history isn’t the story of what actually happened; it is just the story they want to believe,” wrote Clint Smith, “in which loyalty takes precedence over truth.”

The Lie told by the Mar-a-Lago Lunatic is mind-bendingly ludicrous: that he had won an election that everyone knew he had lost. Yet most Republicans believed it: a Reuters poll shows 61% of Republicans think the election was stolen. Like the enslavers and racists of the Lost Cause South, they believe what they want to believe or what their neighbors believe or what is most emotionally compelling. They contrive to see themselves as victims of fraud though they’re the perpetrators.

The responsibility for the Big Lie must be shared by a very large number of Republican members of Congress and other elected state officials. Rather than contradict it from the beginning, they allowed the Dishonest Scoundrel’s electoral fiction to flourish. Six months later, pitiful followers continue efforts to “prove” the Lie. Arizona Republicans turned over all the ballots cast in Maricopa County to a group of Big Lie Conspirators called Cyber Ninjas who have no election experience, but are “auditing” the 2020 ballots that have been officially audited multiple times with no problems uncovered.

Amplifying the dangerous propaganda on the airwaves and social media, the Arizona clown show — live-streaming on Facebook — is a model of disinformation dissemination, even showing signs of being emulated in swing states like Michigan, Georgia, and Wisconsin. Completing the propaganda feedback loop, the Sedition Inciter remains relentlessly focused on the false claim of a stolen election — repeated in a speech last Saturday — and is increasingly consumed with the absurd notion that ballot “audits” pushed by the MAGA minions will prove that he won, such that he might be unconstitutionally reinstalled as president.

Driven by the Lie that is now party’s central ideology, the GOP now stands for nothing but a belief in its right to rule — making them the enemy of democracy. Purging ultra-conservative Liz Cheney, who denied the Big Lie as inimical to democracy, shows that a defense of democracy is incompatible with Republican politics. Spending months perpetuating bogus charges of election fraud under the banner of “stop the steal,” they have turned the Big Lie into a “start the steal” assault — a war on democracy to ensure that they will win the 2022 and 2024 elections even if most voters once again support the Democratic Party.

Republican officials carry on the anti-democratic, white supremacist legacy of the Lost Cause with their emphasis on alleged “irregularities” and “contested states” that center on cities where Black people live and vote. “At bottom, the fantasy of fraud is that of a crime committed by Black people against White people,” wrote Timothy Snyder. With the historical protection of their right to vote removed by the Supreme Court, racial minorities are subject to disenfranchisement by Republican-controlled states. An earlier draft of a new Texas bill even used language about maintaining the “purity of the ballot box” — language once used in defense of White-only voting.

The propagation of lies and confusion that have sown mistrust about the last election have been used to “justify” restrictive new voting laws — “61 bills in 14 states” according to The Brennan Center for Justice. These bills are designed not to stop nonexistent voter fraud but to avert another election defeat. This Republican war on democracy has a good chance of succeeding: Joe Biden’s Electoral College victory was narrow: a switch of only 43,000 votes in three states (Georgia, Wisconsin, and Arizona) would have reversed the outcome.

Republicans are growing more radical, extreme, and dangerous on basic questions of democracy, the rule of law, and corruption. The MAGA-GOP base want elections controlled, institutions captured, and liberals owned. The angry white Republican minority feels entitled to rule, approving any possible tactic — including anti-democratic or illegal ones — to battle for power. Using the Big Lie as an election-strategy, MAGA-controlled state legislatures are moving to take over election control from law-abiding Secretaries of State and local authorities.

With enough procedural subversion, Republican control of the House after 2022, and Democratic weakness, GOP politicians could overturn the results of a close 2024 presidential election loss and install a MAGA Loyalist as president. In this way, the Big Lie — like the Lost Cause — would literally reverse history, a nightmare scenario spelling the end of American Democracy.

It is unclear if Democrats recognize the magnitude of the problem. Like the Union after the Civil War, who failed to aggressively punish the Confederacy for the War and slavery, cautious Democrats show no appetite for aggressively prosecuting — for sedition and/or corruption — the former Liar-in-Chief, his crime family and his gangster cronies, one of whom recently suggested that that the United States needed a Myanmar-style military coup. Letting these insurrectionist agitators and crooks off the hook sends a message of tolerance.

The federal legislative path to stopping the Republican power grab is the For the People Act, which would curb partisan gerrymandering and protect voting rights. The bill will be filibuster-blocked by Republicans as well as the anti-democracy Democrat Joe Manchin, who promises to vote against the bill and also vows to stop any attempt to weaken or terminate the filibuster.

This is war and Democrats must not surrender. The racist filibuster must be overturned, at least for pro-democracy bills. Anti-democracy subversives need to be named and called out by President Biden and Barack Obama, among others. Pro-democracy CEOs must stop financing the politicians who are eroding democracy. A pro-democracy mass movement would increase pressure on Democrats to recognize that we are facing the greatest threat to democracy since the Civil War. Perhaps this is all a pipe dream, but the fight for democracy cannot be given up as a lost cause.

Washington Post: “How the ‘Lost Cause’ narrative became American history”