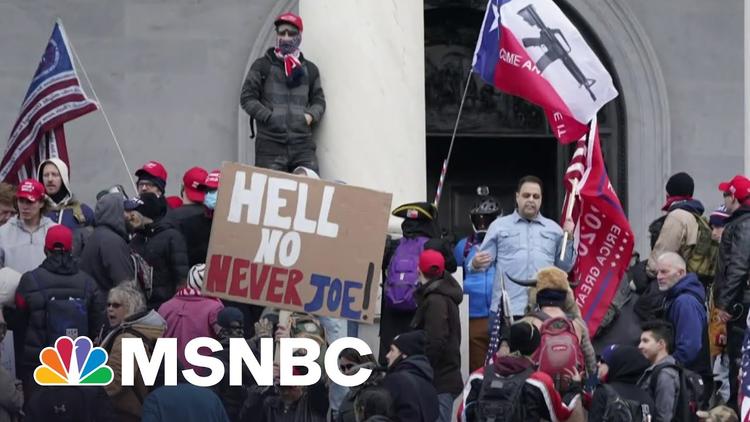 Ann Arbor (Informed Comment) – Donie O’Sullivan at CNN reports that disgraced former National Security Adviser Michael Flynn called for a military coup, like the one in Myanmar, in the United States. He was speaking at a conference in Dallas on Saturday attended by QAnon and Big Lie election conspiracy theorists.

O’Sullivan reports that a man identifying himself as a Marine asked Flynn from the audience, “I want to know why what happened in Minamar (sic)can’t happen here?”

That man should be court-martialed.

In reply, Flynn said, “”No reason, I mean, it should happen here. No reason. That’s right.”

Flynn, a former general, can also be recalled to active duty for a courts-martial.

He now says his words were taken out of context. CNN reported that last fall Flynn was at a White House meeting where he advocated that Trump declare martial law after his election loss.

There is only one context in which Flynn made his remark and it is perfectly clear what he said and what he meant. Further, there is evidence that it wasn’t the first time he’d said something like that.

Just so everyone understands what he was saying, the military junta in what used to be called Burma, now Myanmar, took power on February 1, 2021. The officers overturned the results of the November, 2020 election, won by the National League for Democracy. The new government would have been sworn in on February 2. (Does any of this sound familiar?) The officer corps killed hundreds of protesters and jailed thousands. They jailed the rightfully elected state counselor, Aung San Suu Kyi, and appear to have charged her with having a radio.

The officers have a bizarre fixation on means of communication as seditious. They banned most uses of the internet or social media, closed 8 television channels, and banned satellite television, trying to keep the public isolated from information.

So that is the totalitarian system that the fascist whack jobs want for the United States.

I wrote last December around the time Flynn was advocating martial law that back in the 1950s members of the Communist Party were routinely jailed on the grounds that they held a conviction that the US government should be overthrown.

“ Jessie DeLauder explains that in 1952 seven Seattle citizens were abruptly arrested by the FBI and charged not only with being members of the Communist Party but of therefore seeking to overthrow the constitution of the United States. They were charged under the 1940 Smith Act, passed in the shadow of WW II, which threatened with condign punishment those who

Among the seven, DeLauder says, “Karley Larsen had, for seventeen consecutive years, held the position of the first vice-president of the International Woodworkers Union of Western Washington.” She was arrested at a union meeting in Oregon. Paul Bowen, an African-American veteran, trade unionist and civil rights activist, was arrested just outside Seattle.

As the seven went blue in the face asserting to the judge, they did not in fact advocate the violent overthrow of the US constitution, just because they belonged to the Communist Party.

They were nevertheless convicted, fined and sentenced to five years in jail for thought crimes. One committed suicide. The case went all the way to the Supreme Court, which upheld the convictions.

Given this success, The FBI went on an arrest spree, bringing cases all over the country. Only in 1957 did the Supreme Court finally return to its senses and rule that you can’t be imprisoned for your thoughts, only for your actions.”

I don’t want anything done to Flynn for what he said, though it is a violation of the military code and he could be charged in a military court as a former officer if he were recalled to duty. I am just pointing to a double standard, whereby people of color and people on the left have been treated very differently by the U.S. Establishment than rich old loony white men like Michael Flynn.