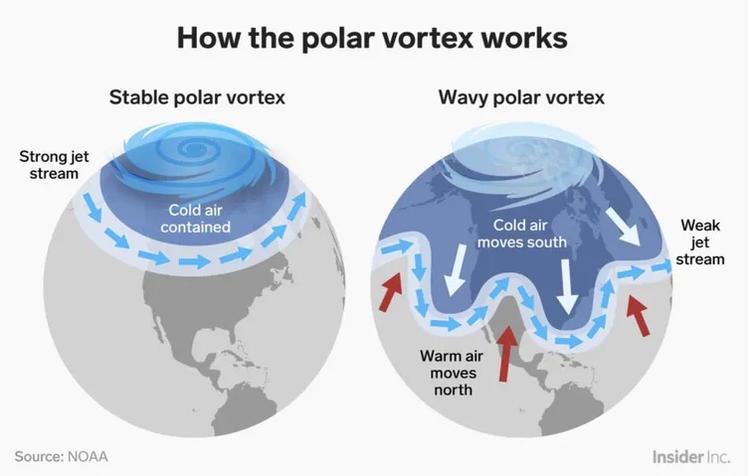 What is Arctic amplification? Do we know what is causing this phenomenon? What effects is it having, both in the region and for the world? Is Antarctica experiencing the same thing?

Human civilisation and agriculture first emerged about 12,000 years ago in the early Holocene. Our ancestors benefited from a remarkably stable climate during this time as carbon dioxide levels in the atmosphere remained near 280ppm until the beginning of the industrial revolution in the 1800s.

Prior to the 1800s, the balance between incoming and outgoing energy (radiation) at the top of the atmosphere (the greenhouse effect) maintained global average temperatures for many centuries. Only small changes in solar output and occasional volcanic eruptions caused periods of relative warming and cooling. For example, the Little Ice Age was a cooler period between 1300 and 1870.

Today carbon dioxide levels are near 420ppm and all greenhouse gases are rising rapidly due to the burning of fossil fuels, industrial processes, tropical forest destruction, landfills and agriculture. The global average temperature has increased by a little more than 1℃ since 1900.

This figure seems small, but the Arctic region has warmed by about 2℃ in this time — twice as fast.

This warming differential between the poles and the tropics is known as Arctic (or polar) amplification.

It occurs whenever there is any change in the net radiation balance of Earth, and this produces a larger change in temperature near the poles than the global average. It is typically measured as the ratio of polar warming to tropical warming.

So how is climate change and associated global heating driving Arctic amplification? This amplification is primarily caused by melting ice — a process that is increasing in the Arctic at a rate of 13% per decade.

Ice is more reflective and less absorbent of sunlight than land or the surface of an ocean. When ice melts, it typically reveals darker areas of land or sea, and this results in increased sunlight absorption and associated warming.

Polar amplification is much stronger in the Arctic than in Antarctica. This difference is because the Arctic is an ocean covered by sea ice, while Antarctica is an elevated continent covered in more permanent ice and snow.

In fact, the Antarctic continent has not warmed in the past seven decades, despite a steady increase in the atmospheric concentrations of greenhouse gases.

The exception is the Antarctic peninsula, which juts out further north into the Southern Ocean and has been warming faster than any other terrestrial environment in the southern hemisphere during the latter half of the 20th century.

Satellite data also show that between 2002 and 2020, Antarctica lost an average of 149 billion metric tonnes of ice per year, partly because the oceans around the continent are warming.

One of the most significant effects of Arctic amplification is the weakening of west-to-east jet streams in the northern hemisphere. As the Arctic warms at a faster rate than the tropics, this results in a weaker atmospheric pressure gradient and hence lower wind speeds.

The links between Arctic amplification, slowing (or meandering) jet streams, blocking highs and extreme weather events in the mid to high latitudes of the northern hemisphere is controversial. One view is that the link is strong and the major driver behind recent severe summer heat waves and winter cold waves. But more recent research questions the validity of these links for the mid latitudes.

Here we look at the larger body of evidence that supports the relationship between Arctic warming and slowing jet streams.

The Arctic is warming much faster than the rest of the planet and the loss of reflective ice contributes somewhere between 30-50% of Earth’s global heating. This rapid loss of ice affects the polar jet stream, a concentrated pathway of air in the upper atmosphere which drives the weather patterns across the northern hemisphere.

So what are the future prospects for Australia and Aotearoa/New Zealand? Global climate models project stronger surface warming in the Arctic than the Antarctic under climate change. Given that temperatures above the Antarctic continent have remained stable for over 70 years despite the rise in greenhouse gases, we might expect little change for our region — just normal climatic variability due to other climate drivers like the El Niño-Southern Oscillation, the Southern Annular Mode, and the Indian Ocean Dipole.

But as the tropics continue to warm and expand, we may expect an increase in the pressure gradient between the tropics and Antarctica that will lead to increased circumpolar westerlies winds.

The recent intensification and more poleward location of the southern hemisphere belt of westerly winds have been linked to continental droughts and wildfires, including those in Australia. We can also expect strengthening westerlies to affect mixing in the Southern Ocean, which could reduce its capacity to take up carbon dioxide and enhance the ocean-driven melting of ice shelves fringing the West Antarctic Ice Sheet.

These changes in turn have far-reaching implications for global ocean circulation and sea level rise.