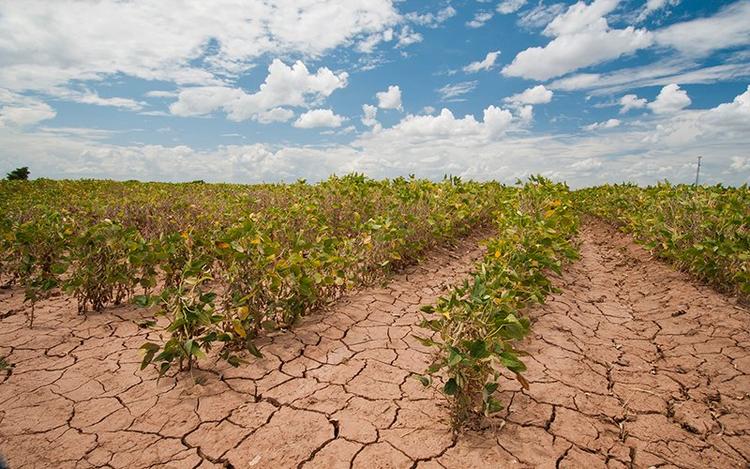 ( Cronkite News) – WASHINGTON – Arizona and other Western states just lived through the driest year in more than a century, with no drought relief in sight in the near future, experts told a House panel Tuesday.

“We have never seen drought at the scale and intensity that we see right now, and it is possible that this may be the baseline for the future,” Elizabeth Klein, a senior counselor to the secretary of Interior, said in her testimony.

More than half of Arizona is currently experiencing “exceptional” drought conditions, the most severe level of drought, according to the National Integrated Drought Information System. The Arizona Department of Water Resources said most of the state got less than 25% of average precipitation for April.

The water shortage can affect everything from the amount of power generated by hydroelectric dams on the Colorado River to the risk of wildfire.

Tiffany Davila, public affairs officer for the Arizona Department of Forestry and Fire Management, said that this year’s drought is much more severe than what Arizona saw at this time last year.

“Vegetation is stricken across the state; there isn’t one area that isn’t impacted by the drought,” Davila said. “It’s pretty much kindling at this point.”

Low water levels are also likely to trigger reductions in water agreements with agencies like the Central Arizona Project and the Salt River Project. But SRP officials said Tuesday that they have long been taking steps to mitigate the immediate impact of those reductions.

“It’s important to understand this is not a crisis but a drought that is expected when you live in the desert,” said SRP spokesperson Patty Garcia-Likens. “Salt River Project, Arizona cities and Central Arizona Project have planned for times like this.”

Charlie Ester, SRP’s manager of watershed management, said that from the agency’s perspective, Arizona has been in drought conditions since 1995.

“One of the things that we do at SRP is we always plan for drought conditions,” Ester said. “That sounds very simple, but it was not always the case.”

Ester said areas of the state that are not served by SRP or CAP could be hit hardest.

“They don’t have an abundant surface water supply that they can rely on, many areas are dependent upon groundwater,” he said. “As the water levels decline, it becomes harder and harder to pump their water supplies, and sometimes wells will even dry up.”

Ester said there is no obvious precipitation trend in Arizona, but higher temperatures contribute to more severe drought conditions due to increased levels of evaporation. While he believes that droughts are a natural occurrence, he also said that factors such as greenhouse gases have significantly aggravated the situation.

“I think even if humans were not here, the Southwest would be in a drought right now, but I think it has become worse because of anthropogenic causes,” Ester said.

Rep. Raul Grijalva, D-Tucson, acknowledged the importance of the issue, saying, “There is no simplistic response to the droughts that we are confronting out West, it is a comprehensive response that’s needed.”

Rep. Jared Huffman, D-Calif., and chairman of the Subcommittee for Water, Oceans and Wildlife that held the hearing, said it was about “continuing our work to identify the most critical drought response needs, and to help connect those in need with available resources to get them through a crippling drought.”

Possible solutions cited at the hearing included tools to monitor and predict droughts while collecting data on water resources, programs to increase funding for infrastructure improvements, and programs to recycle water and restore aquatic ecosystems.

In Arizona, preparations for drought include reducing water waste by maintaining systems to run at peak efficiency, and introducing a two-way connection between SRP and CAP that Ester says will allow the two agencies to “share water supplies with each other.” The state has also been “banking” water in its groundwater reserve.

“SRP has … put nearly 3 million acre-feet of water into the groundwater reserve to use during severe drought conditions,” Ester said. “It’s roughly four years worth of water that we have banked for future use. Conditions have not gotten bad enough yet to use that water.”

Featured photo: Soybeans show the affect of a 2013 drought in Texas, near Navasota, in this USDA file photo. Officials say Western states remain locked in the grip of a historically severe drought, with the past year being one of the driest in more than a century.. (Photo by Bob Nichols/U.S. Department of Agriculture.