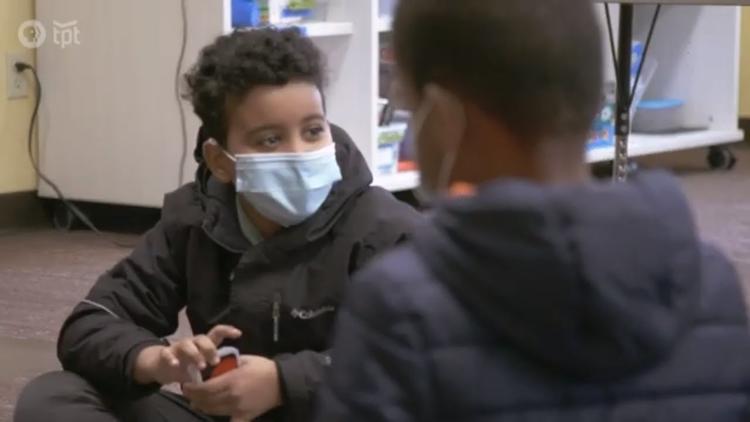 Southwest Harbor, Maine (Special to Informed Comment) – I have a pet peeve with NPR. Why do so many of its top- of- the- hour five minute newscasts begin and end with short stock market updates? Is there no more important factoid its news editors could be passing along to us?

NPR likes to portray itself as a more thoughtful and penetrating alternative, but its frequent stock quotations are nothing more than listeners could gain from CNBC any hour of the day-—not to mention simply googling any stock in which the listener is invested.

Worse still the way NPR newscasters present market news is often misleading. Telling listeners that the Dow Jones Industrial Average fell 1000 points is very dramatic, but the approximately 3% of total market capitalization it represents hardly compares with the 500 point, 20% one day fall of the market in October of 1987. So I have one bit of unsolicited advice for NPR. If you are going to insist on giving a market quote with every newscast please include the up or down percentage that give your listeners some context.

In any case as even most CNBC anchors remind us the stock market is not the economy. Some like to joke that stock market declines have predicted nine of the last four recessions.

Nor is the average citizen likely to be directly affected by daily changes in the price of stocks.

Changes in the price of bread and gasoline likely will have more effect on the typical citizen’s life. Nonetheless continual media obsession, especially on the part of the serious “objective” media like NPR, leads to disproportionate concern with the health of the stock market. It also promotes and helps sustain the core belief that markets are the source of all truth. The alteration of pensions from defined benefit to defined contribution makes workers’ lives more insecure even as the 401k accounts helps cement faith in or at least acquiescence to the demands of the market.

Of course NPR executives likely know what they are doing. The top 2-10 percent of the income distribution is heavily influenced by the stock market. (I leave out the top 1% as a considerable portion of their wealth derives from private equity, which is not traded on public exchanges.) These investors, whom the blog Naked Capitalism calls the professional managerial class, are also likely a good part of NPR listenership. These would be attorneys, physicians, dentists, engineers, accountants, tenured full professors, MBAs, architects. In the perhaps naïve hope that NPR might be interested in or willing to expand its base I would like to suggest a few statistics that might replace some of those multiple daily reports on the stock market.

Every month at least one of the stock market reports should be replaced with the real unemployment rate. That number would include part time workers seeking full time and discouraged workers. At the end of February it stood at about 11%, almost double the headline figure. Interestingly at the height of the world financial crisis the real unemployment rate reached 22%, only 3 percent less than the peak of the Great Depression. (This may be an apples and oranges comparison as I have been unable to establish the l930s definition of unemployment. Nonetheless the Great Recession is surely well named.)

Just as important as whether one has a job is what is happening on that job. Periodic news releases from the Bureau of Labor Statistics include data on occupational health and safety. The following highlights could be updated and presented several times a year.

Here are some statistics from the year before the pandemic: ”·The 5,333 fatal occupational injuries in 2019 represents the largest annual number since 2007.·A worker died every 99 minutes from a work-related injury in 2019.·Fatalities among workers age 55 and over increased 8 percent from 1,863 in 2018 to 2,005 in 2019,which is the largest number ever recorded for this age group.·Hispanic or Latino worker fatalities were up 13 percent to 1,088 in 2019–a series high since 1992.·Workplace deaths due to suicides (307) and unintentional overdoses (313) increased slightly in 2019.·Fatalities in the private construction industry increased 5 percent to 1,061–the largest total since 2007.·Driver/sales workers and truck drivers incurred 1,005 fatal occupational injuries, the highest since this series began in 2003.”

I do not claim these numbers represent the whole truth that policy makers must embrace. They do evoke important questions that ought to be part of debates about such questions as who does essential work and with what risks.

Finally, rather than stock market prices I would rather be regularly informed about hunger in America. The long lines of even middle class citizens in food pantry lines warrants efforts to quantify even if only provisionally

Feeding America, the nation’s largest hunger relief organization, projects that “42 million people,including 13 million children, may experience food insecurity in 2021 ….Many people who have been most impacted by the pandemic were food insecure or at risk of food insecurity before COVID-19 and are facing greater hardship since COVID”-

Feeding America also projects that the rate of food insecurity for Black families will be twice that for Whites.

Looking at America through the lens of the stock market not only is useless in forecasting major moves in the market itself it also blinds us to the conditions most citizens experience in their daily work and home lives. Media that claim more depth in their coverage must do better.

TPT Originals: “What Does Hunger Look Like In The United States?”