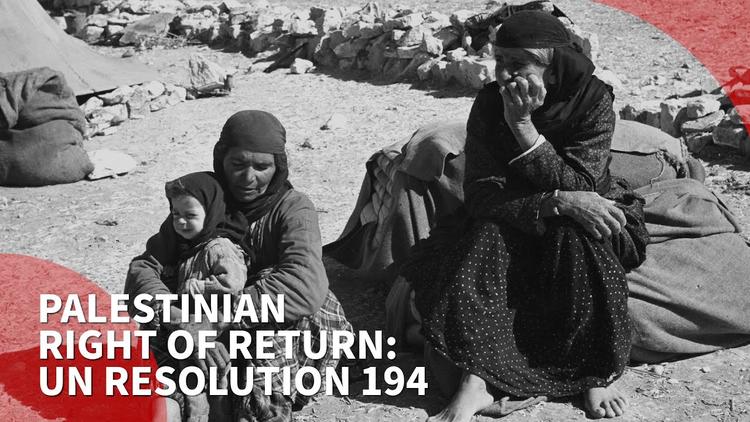 ( Middle East Monitor ) – I was taking part in a recent protest in California, proudly waving my Palestinian flag, when a couple drove past in a white pick-up truck and shouted, “Go back to your country!” A light breeze grazed my arms, so I decided to retrieve my hoodie. I was offered an escort by another protester for safety. As I crossed the intersection and headed for my car, I was confronted by the opposition; a heated crowd with fiery eyes, raised eyebrows and mouths agape. “Go home!” they yelled. “Go back to where you came from!” My response was simple: “I wish I could.”

I would love to return home to my native Palestinian land and reap the benefits of my grandfather’s fields and olive groves that are thousands of years old; enjoy the Mediterranean climate; and experience delicious food once again. I am anxious to spend some time with my family and friends back home, a place where I am welcomed with open arms, and where I do not have to over explain myself just to be understood. However, the reality is that I cannot go back home, and most of those in the “pro-Israel” camp don’t seem to realise that simple fact.

As a Palestinian-American, I was not born in the US by choice, but by circumstance. My parents narrowly escaped a shattered land and the horrors of the 1967 Six Day War. Palestinians call this the Naksa, a continuation of the 1948 Nakba (Catastrophe). My mother and father fled to America in the hope of one day returning to Palestine, but that has never happened. While I appreciate that America accepted my parents, I am not grateful for the trillions of dollars in US military aid sent to the Israeli occupation forces since 1967. Despite his “liberal” tag, President Barack Obama signed an arms deal with Israel worth $3.8 billion every year. This support is ongoing.

The Trump administration signed the National Defence Authorisation Act (NDAA), which includes $550 million to assist the Israeli occupation, and controversially ignored international law to move the US Embassy from Tel Aviv to Jerusalem, the city where my parents were born. The Old City is home to one of Islam’s holiest sites, the Noble Sanctuary of Al-Aqsa. Furthermore, Trump recognised Israeli sovereignty over the occupied Syrian Golan Heights.

The Joe Biden administration is no different. In early May, it approved a $735 million arms sale to Israel even while its bombs were dropping on Gaza. Even more recently, the occupation state asked for an additional $1 billion in “emergency military aid”.

As a resident of the US and a dedicated supporter of Palestine, this leaves me in a difficult position. How can I belong to a country that funds what is to all intents and purposes genocide? Does this make me a hypocrite? How can I be thankful to the US for accepting my parents, yet be a part of the establishment that is a direct cause of the occupation of Palestine? I feel that I have to be alone with my thoughts, as criticising the US or — God forbid! — Israel is regarded as unpatriotic.

In November’s presidential election, many Palestinian-Americans voted for Biden despite knowing that he is a Zionist. He has publicly announced his support for Israel on numerous occasions, and yet many still voted for him. If we believe that the US is a democracy opposed to human rights abuses, then why not vote for an alternative, such as the Green Party? Why not vote for someone other than who they want you to elect? It was clear that many Palestinians voted for Biden simply to oust Trump. The former president’s son-in-law, remember, is Jared Kushner, a staunch Zionist whose father frequently welcomed Benjamin Netanyahu into the family home in New Jersey.

What is done is done, unfortunately. Moving forward under Biden, it looks increasingly like a case of same owners, different manager in terms of US support for the occupation state. The hopes of Palestinian-Americans that he would be an improvement on his predecessors have already been dashed. Palestinians are still being killed and their neighbourhoods continue to be eradicated; human rights abuses continue daily. The optimism of Biden’s inauguration has long gone. Last month, 256 Palestinians including 66 children were killed by bombs “Made in the USA”.

The mainstream media and politicians continue to refer to what is happening as a “conflict”, and yet with Israeli and international human rights groups describing Israel as an “apartheid” state — and apartheid is akin to a crime against humanity — the situation has all the hallmarks of a genocide. Israel is continuing to entrench its occupation of my country to cement, not a democracy, but a racist Jewish ethnocracy. That’s why we see Palestinians being denied the right to worship and their legitimate right to return; it’s why we see Palestinian children shot and killed to make way for illegal Jewish settlers. Israel is a settler-colonial state, and has been since the Nakba when it was created in Palestine and the ethnic cleansing of my people began in earnest.

Despite the election of Joe Biden, many Palestinian refugees and Palestinians living in the diaspora have been doing their best to demonstrate to the world that they are not the villains in all of this, and for the truth to be heard. Social media is being used to good effect, exposing what the media and entertainment industry have covered up for decades. There appears to be a very clear change in the previously unquestioned support for Israel, as more and more people are becoming aware of the injustices carried out by Israel and paid for by US tax dollars.

Perhaps now more than ever before in my lifetime, people around the world are recognising Palestine, the Palestinians and their culture. And I am determined that everyone should be informed of the reality on the ground in my homeland, and stand on the right side of history. We still have a long way to go until Palestine is finally free, but we have never been closer to that goal.

Layla Darwish is the president of the Palestine Freedom Project.