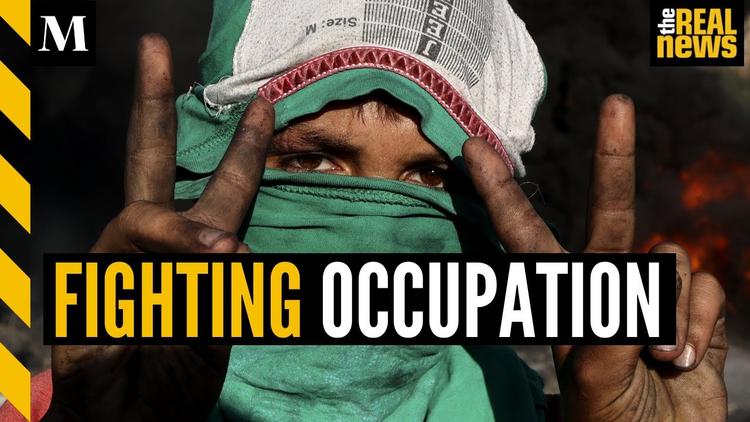 “I am tired of reporting the same brutality every day, of thinking of new ways to describe the obvious.”

Those are the words of Mohammed El-Kurd, the renowned Palestinian activist from East Jerusalem. He and his family are threatened with expulsion from their homes. They have committed no crime, but are being kicked out solely and exclusively because they are not Jewish, and Israel is a Jewish supremacist state.

Mohammed and his sister Muna El-Kurd had an upswing of media attention back in May-June, when the Israeli war against Gaza was being resisted by the Palestinian “Unity Uprising”.Now, that has died down. But the Palestinian plight remains the same.

“The situation in Sheikh Jarrah is not hard to understand,” Mohammed wrote in his Guardian opinion piece debut this week. “It is a perfect illustration of settler colonialism, a microcosm of the reality for Palestinians across 73 years of Zionist rule.”

Zionism, Israel’s officially sanctioned – and only legally protected – ideology is a racist one.

El-Kurd’s apparent weariness over having to dream up imaginative new ways of saying and writing the same thing day in and day out, week in and week out, is sadly familiar to those of us who report on the injustices against the Palestinians as our jobs.

Israel has killed 11 Palestinian children in the West Bank since the start of the year. And that’s in addition to the 60 children in Gaza it has killed in the same timeframe.

Muhammad Munir Tamimi had been among a group who had confronted a heavily armed gang of Israeli soldiers invading their village with nothing more than stones. The Israelis even blocked the seriously wounded teen’s evacuation to a hospital in Ramallah as he lay bleeding from his guts – something Israeli soldiers make a habit of.

Tamimi died from his wounds later that night.

On Wednesday another Palestinian child was struck down by Israeli army gunfire.

Mohammad Mo’ayyad Bahjat Abu Sara, 11 years old, was gunned down in the hail of Israeli bullets which struck the car he, his father and his family had been using to shop for groceries. Six Israeli soldiers had pelted the car with no less than 13 bullets, according to eyewitnesses.

Palestinian media outlets posted harrowing photos of the car with its abandoned groceries, including bags of bread apparently covered in the dead child’s blood.

As you can see from the embedded Tweets above human rights group Defence for Children International – Palestine plays a key role in documenting these Israeli crimes against Palestinians.

As a result of DCIP’s outstanding and essential human rights work in protection of Palestinian children, Israel has now committed its yet another act of repression against the group.

In the early hours of yesterday morning, Israeli army thugs raided DCIP’s West Bank office, stealing computers, clients files and hard drives. The human rights group said that no documents were left in the office to give any indication of the reason for the raid, and they did not leave behind any receipt of materials seized.

That is exactly what is missing.

As Mohammed El-Kurd alluded to, the plight of the Palestinians is probably one of the most well understood, well explained and well documented injustices in history.

As he concluded in his Guardian piece: “The problem is not ignorance, it is inaction.” There is no political will in the West to hold Israel to account for its crimes.

We must act to ensure that changes, and soon.