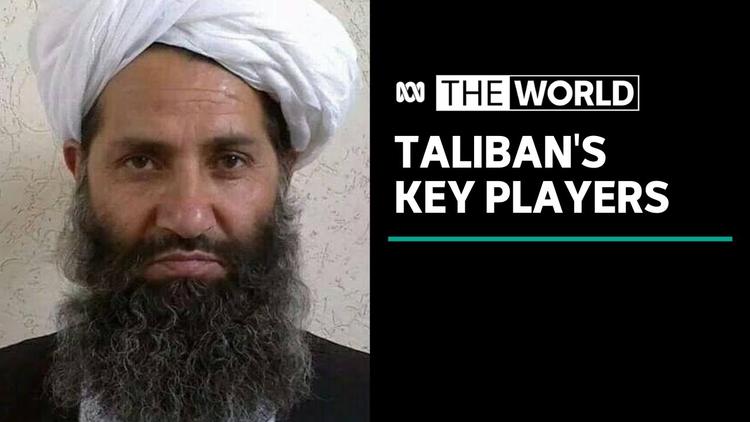 ( The Conversation) – As western powers frantically scramble to evacuate their citizens and the Afghan nationals who worked for them, the nature of the Taliban leadership’s intentions for how it intends to govern remains obscure. But if various messages fed in recent days to the international media are to be believed, the Islamic fundamentalist regime intends to completely revamp the structure of government when it formally embarks upon its administration from September 1.

Apart from designating the country as Islamic Emirate of Afghanistan – the same name as they used when they previously ruled the country from 1996 until 2001 – the Taliban also have some novel plans for the nature and character of their future government.

In a significant departure from the earlier republican model established by the US-backed administration between 2001-2021, it plans to get rid of the position of the elected president. But, more importantly, it aims not to elevate or project a single individual to the position of supreme leader (as is the case in the neighbouring Islamic Republic of Iran). Instead, it intends to form an executive council consisting of 12 prominent leaders.

With those objectives in mind, on August 23 the group held a Loya Jirga, or grand council, of nearly 800 prominent scholars. The council met to discuss the framework of a future government and the social, economic and political trajectory that Afghanistan should follow.

Following the discussion, it provisionally appointed several interim heads of ministries and agencies. These include the crucial interior ministry, the ministry of finance, ministry of defence and the intelligence service.

Mullah Ibrahim Sadr the head of the interior ministry is a seasoned war veteran. In the 1980s he was part of the mujahideen forces fighting against the Soviet occupation. Later he joined the Taliban and fought against other opposition forces during the country’s civil war (1989-1996). An extreme hardliner in his religious views, Mullah Sadr used his days in the previous Taliban government to develop close contacts with jihadist or terrorist groups and became quite close to al-Qaeda. He went underground when the US-led operation unseated the Taliban government in 2001.

There has been talk of the Taliban moving the country’s capital from Kabul to its religious heartland Kandahar in Afghanistan’s southern borders on the Arghandab River. But the outfit still attaches a great deal of importance to the current capital. This was confirmed by its appointment of Mullah Muhammad Shirin Akhund as governor of Kabul. A former governor of the province of Kandahar and a member of the negotiating team in the Taliban’s office in Doha, Qatar, Akhund came to prominence as the chief of its erstwhile leader Mullah Omar’s security until his death in 2013.

Then there is Hamdullah Nomani who has been appointed as Kabul mayor. He was sanctioned in 2014 by a resolution of the UN Security Council and has already served in the same position as the capital’s mayor under the previous Taliban regime from 1996 to 2001. He gained a reputation as ruthless and tough when it came to maintaining law and order and his appointment to the same post in the new Taliban government is an indication of what the Taliban would like to see in Kabul in future.

The critical position of intelligence chief has gone to Najibullah. A hardened veteran of several of the Taliban’s past military campaigns – true to the nature of his appointment – Najibullah (who goes by a single name) has skilfully avoided publicity and remains under the radar.

The Taliban’s choice of Mullah Gul Agha Ishakzai as the minister of finance in the new government should not come as a surprise. Until assuming this position he was head of the Taliban’s financial commission. Under UN sanction and various other global bodies, Ishakzai is renowned for organising terror funding for suicide missions and was one of Mullah Omar’s closest confidants.

The decision to appoint a former Guantanamo Bay detainee as the country’s new defence minister will give a headache to many in the west. Mullah Abdul Qayyum Zakir has extensive battlefield experience spanning more than a quarter of a century. On this critical appointment, the Taliban may be motivated by the fact that should there be an external aggression or an internal power struggle, Zakir’s experience will be invaluable.

While some of these top ministerial positions have been dished out, it is as yet unclear, what future positions some of the most senior Taliban are likely to occupy. These include the emir – or chief – the son of former leader Mullah Omar, Mawlawi Hibatullah Akhundzada, and his deputies Abdul Ghani Baradar, Sirajuddin Haqqani and Muhammad Yaqoob.

They may not have been formally named as ministers in the administration, but it’s hard to imagine that these men, who are recognised as the Taliban’s key political, religious and military leaders, will not play significant roles in any future Taliban regime.

Appointments to these key portfolios provide a pretty good indication on the nature and character of future Taliban governance. In composition and character it appears everything but “inclusive”. The early promises of a system of “stakeholder governnance” seem a very distant objective.

There are plenty of dissident non-Taliban leaders that both aspire to – and will eventually demand – plum positions in the country’s future government.

Topping this list is Afghanistan’s former prime minister Gulbuddin Hekmatyar. At various times both an ally and enemy of the Taliban, Hekmatyar is a survivor in Afghanistan’s complex powerplays. Another to watch is former president Hamid Karzai. A liberal and a nationalist he enjoys a strong powerbase among his moderate Pashtun supporters.

A key negotiator in the current transition to power, Abdullah Abdullah is also a powerful voice on national unity who cannot be ignored, if the Taliban is serious about forming a government of national reconciliation.

Then there are some powerful ethnic contenders like like Uzbek warlord Abdul Rashid Dostum, the Tajik strongmen and resistance leaders Ahmad Massoud and Ata Mohammad Noor, former vice president Amrullah Saleh and Mohammad Karim Khalili, a leader of the persecuted Hazara minority.

Khalili has already warned of armed insurrection if the people he represents aren’t protected from “targeted attacks”. And, more broadly, if the Taliban fails to accommodate the various minority leaders and the constituencies they represent it will most certainly lead to armed resistance, perhaps even all-out war, emerging from the pockets of territory where their power bases remain solid.

ABC News Australia: “Who are the leaders of the Taliban in Afghanistan? | The World”