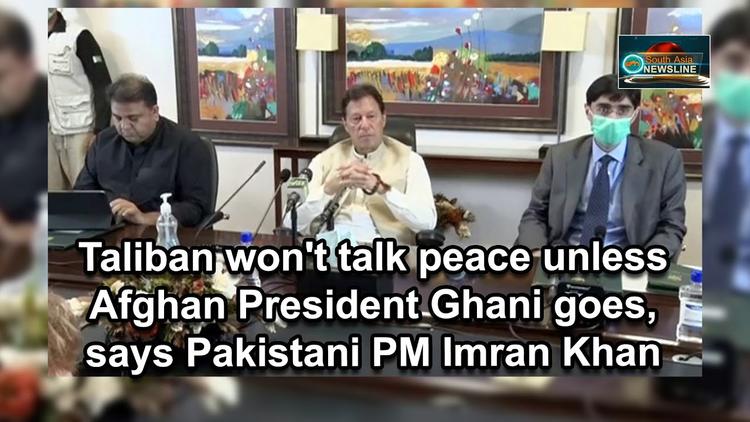 By Madhav Joshi and David Cortright | –

The Taliban continue to gain territory in their bloody insurgency to seize control of Afghanistan. Recently, Taliban leaders said Afghan President Ashraf Ghani’s removal is a condition for ending the conflict.

If a mutually acceptable candidate were named to replace Ghani, a Taliban spokesman told The Associated Press in late July 2021, the insurgents would be willing to lay down their weapons.

It was the Islamic militant group’s second call for Ghani’s resignation since peace negotiations began with the government in September 2020. In January 2021 a leading Taliban negotiator said Ghani was “the only hurdle” to a successful accord because the Taliban believe his 2019 election win was fraudulent.

Ghani has historically had strong support from the international community, including the United States. But in a leaked March 2021 letter, U.S. Secretary of State Antony Blinken urged Ghani to agree to a peace process with the Taliban that would dissolve the Afghan government and even lead to his removal from power, citing concerns that “the security situation [would]\ worsen” after the U.S. withdrew its troops.

The U.S. military withdrawal from Afghanistan is now nearly complete.

Ghani’s resignation could be Afghanistan’s best chance at a lasting peace, according to our academic research in conflict zones – though not necessarily under the conditions the Taliban demands.

How peace is built

In research that compares different peace processes, political power-sharing – which entails warring parties jointly sharing responsibilities in a country’s government during a transitional period – is associated with a sustainable postwar peace.

In 31 countries in which the armed groups reached comprehensive peace agreements since 1989, 16 cases – including in Cambodia, South Africa and Sudan – included a power-sharing arrangement.

In conflicts like Afghanistan’s, in which armed fighters sought to overthrow the government, three-quarters of those that ended successfully featured power-sharing arrangements. As part of Colombia’s 2016 accord with the FARC guerrillas, for example, the FARC were allocated five seats in the 108-member Senate and five in the 178-member House of Representatives.

There are few historical precedents, however, for the Taliban’s demand to remove a sitting president as a precondition of peace. The only examples we found were in Liberia, Nepal and Burundi.

At the end of Liberia’s four-year-long second civil war, in 2003, President Charles Taylor resigned under pressure from Liberian protesters and demands from the U.S. and West African countries.

However, angry protesters are not armed insurgents, and Afghanistan’s Ghani is not comparable to Taylor.

Taylor is a convicted war criminal who tortured, killed and mutilated thousands of Liberian civilians. In Afghanistan’s war, the Taliban – not the president – have caused the bulk of the suffering. Since 2001 they have targeted and killed civilians, destroyed schools and hospitals and curtailed women’s rights in territories they control.

Nepal’s 2006 peace negotiations between the democratic government of Nepal and Maoist rebels resulted in an agreement to create an elected assembly that would write a new constitution and decide the future of the 230-year-old monarchy, which the Maoists called “repressive” and “anti-democratic.”

The assembly decided to dethrone the king and become a republic. The king accepted its decision and left the palace in 2008.

In Burundi, the Arusha Accords of 2000 constituted a power-sharing deal reached between rebel groups and political parties representing the Hutu and Tutsi ethnic groups. They led to the sitting president’s resigning office in April 2003 and an end to the Tutsis’ minority rule while safeguarding their access to power under the new, Hutu-led government.

The above examples of a leader in a war-torn nation resigning to secure peace share a few common features.

First, the leader’s removal came toward the end of the negotiations. It came after cease-fire had been signed, rebels had surrendered their weapons and new constitutional arrangements had been made for the country’s governance.

The Taliban want the opposite order: They are predicating a cease-fire and the creation of a transitional power-sharing government on Ghani’s removal.

Second, in other cases in which a sitting leader resigned as part of a peace process, the leader had lost the support of the people. Ghani is weak, but there is no demand for his removal from Afghan civilians or political parties.

Nor do Afghan political parties, civil society groups and international mediators perceive the Taliban as trustworthy negotiators or leaders. Since peace talks began in 2020 in Qatar, Taliban fighters have increased their military offenses in Afghanistan, captured territories and targeted and displaced civilians.

Building relationships across political divides is foundational in any successful peace negotiation, and particularly so in a power-sharing government. The Taliban have not provided evidence that they can compromise without resorting to violence, including against the very people they seek to govern.

Taliban negotiators are also silent on the concessions they would be willing to make for peace.

The Afghan government and international mediators involved in the peace process want to understand the Taliban’s position on constitutional rule, human rights and women’s rights, among other critical issues. The Taliban previously ruled Afghanistan from 1996 to 2001 and imposed a harsh, extreme version of Islamic rule on the country.

Taliban negotiators have stated only that women have rights in a “genuine Islamic system.” They promise to release their own peace plans, which may clarify their positions on gender and other issues.

If Ghani’s removal is so critical for the Taliban, his departure could be used as leverage to gain necessary commitments from the Taliban. Ghani could agree to step down as president – but only if the Taliban conveyed their seriousness about reaching a power-sharing settlement with reasonable guarantees of human rights and constitutional rule.

If Afghanistan’s negotiations with the Taliban advance in the coming weeks and months, Ghani’s resignation, offered at the right moment, could be decisive to reaching a political settlement.