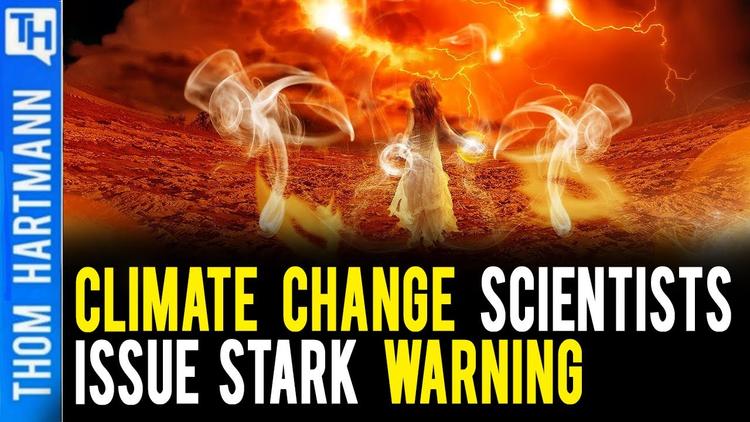 Southwest Harbor, Maine (Special to Informed Comment) – The international panel of climate science experts presents the challenge in the starkest terms. A panel of leading scientists convened by the United Nations issued a comprehensive report Monday that contains a stark warning for humanity: The climate crisis is here, some of its most destructive consequences are now inevitable, and only massive and speedy reductions in greenhouse gas emissions can limit the coming disaster.

In other words this is an emergency. And as with all emergencies climate crises are an occasion to to struggle over the shape of the institutions and values that combined to constitute the crisis and the appropriate response. Although much of the current discussion surrounding the Green New Deal centers around the amount to be spent, there has been less attention to the question of who will administer the funds and to what end, In this emergency it is imperative that the public reaps the most possible payback from its expenditures.

One model of crisis management likely to have strong support in DC is the so called public private partnership. In practice these have been long on federal dollars and short on the qualifications and standards imposed on the private sector. The crash of Boeing, both literally and figuratively, is a cautionary tale about the risks posed by ideology driven faith in markets,

Watchwords of the seventies Neoliberal turn in American politics were deregulation and flexibility. Deregulate financial markets and make labor more flexible, ie less protected by health and safety standards or economic safety nets, Greater capital mobility combined with worker mobility was supposed to make a more productive and profitable economy from which Boeing and other manufacturers would gain.But on the contrary the result has been a decline in the rate of productivity growth to the point where productivity growth between 2015 and… 2019 was negative.

This poor productivity performance is not solely the consequence of one man’s inept or exploitative actions. Economist Marie Christine Duggan points out that financial deregulation has since 1982 included permission for companies to buy back their own stock. This practice puts upward pressure on the stock price, thereby creating opportunities for investors in the stock to realize gains. in addition the relatively widespread practice of compensating executives with stock options, the right to buy a specified number of shares at a fixed price, strengthens the incentive to do whatever is necessary to increase the stock’s price. This practice is often more profitable than investment in new technologies., whch only pay off much later even as the costs appear now.

Not surprisingly companies have a perverse incentive to steer profits into stock buybacks rather than invest in technology improvement. Boeing’s performance with a new breed of jet engine that it hoped to install in its 737s is instructive. Unfortunately it could not place the new engine in the plane without some aerodynamic risk of stalling. Its answer -— a soft ware package that will sense and correct for the problem. The highly questionable -— but less costly use of software to solve a hardware problem — was combined with failure to tell pilots about this feature and unwillingness to give them time in flight simulators to gain familiarity with these systems.

Not surprisingly these maneuvers and others like them caught the attention of Boeing workers and their unions. Many had worked for decades with Boeing and took pride in its long history of safe air travel. Some were so appalled by management’s crusade to cut costs at any price they would not fly the planes they built. Perhaps the ultimate in cost saving strategy was to outsource production to non-union South Carolina. Besides the immediate savings on wages and benefits, eliminating unions is often seen by the stock market as enhancing profits, thereby increasing stock market price and making the buyback strategy more appealing. What the public reaped was planes with sensors installed by first time technicians who had never done one before.

Companies that under-invest in new technologies or their workers can still do well in that other market, the stock market. This is especially the case when they have a cozy relationship with legislators and regulators. Unfortunately they lose or devalue vital skills and often human life itself

At this point in our history such losses are intolerable. Senator Tammy Baldwin has proposed legislation that would outlaw stock buybacks and require placement of a worker on the board of governors. These are reasonable first steps and do give more visibility to the issue. Nonetheless Duggan’s article illustrates the role that strong bottom- up unions can play in protecting workers and the broader public. Such considerations are imperative if we are truly to “build back better.”